On Saturday, March 16th Susan and I, along with 40 or so Southern Crescent Cycling club friends, participated in the long anticipated 16th annual Tour de Pike.  We both participated in the 15th annual Tour de Pike so we really were really to do it again.  The area is very rural and the roads (all but two in the century route) are really good.  Susan rode the 33 mile route with her Women on Wheel friends.   I rode the 100 mile route.  Just like last year it was a great ride.  The weather was perfect, except for the wind which was hellacious.  The temperature ranged from the mid-50's at the 8:30am start to the mid-70's at the finish around 2:00pm.

Before the ride some of my SCC riding partners stopped for a minute to take a picture. 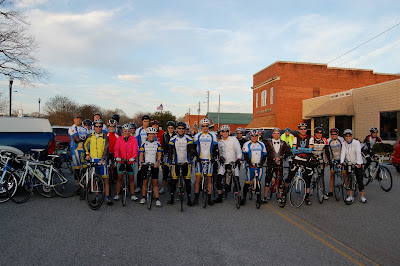 We got the bagpipe player to take a picture with the group.  You gotta respect a man who has the courage to wear a kilt. 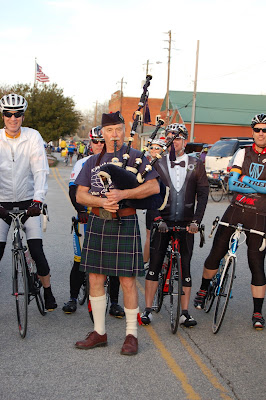 The ride started out with all the groups together.  Most of the riders where wearing several layers.  I wore three layers on top but nothing but bike shorts on my legs. 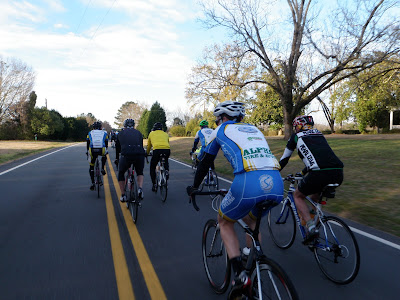 I ran into my 2011 Ironman Florida teammate Richard just before the 100/66-mile split.  Endurolytes tablet powder in my bento box got onto my camera lens and blurred the two pictures below. 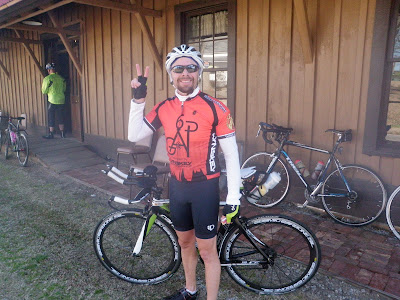 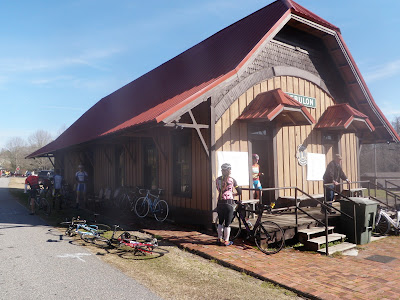 Josh and Obie were the strongest riders of our 6 man group.  The others were Peto, Jason, Steve, and me.  Every now and then we'd pickup or drop another rider. 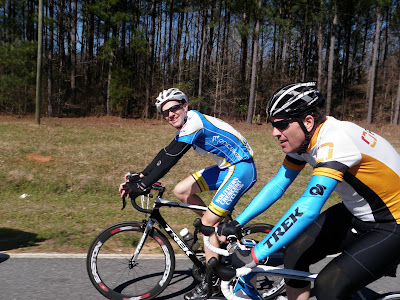 Steve and Peto with another rider.  I think he was one of several ultra-distance riders who were on the course. 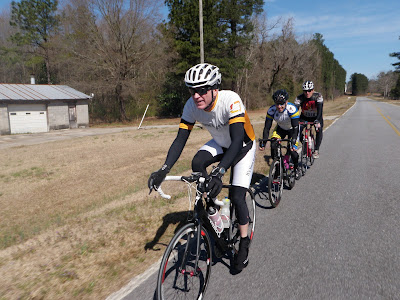 Peto got a picture with one of the volunteers in Gay, Georgia. 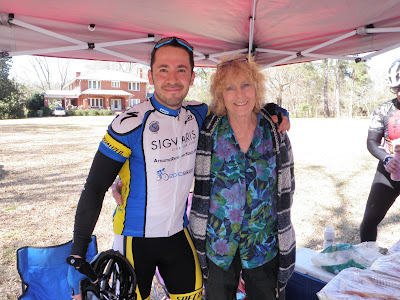 Steve and Peto took a break at the 67-mile rest stop in Gay, Georgia.  We were only there for 10 minutes but it was long enough for my body to start to seize-up. 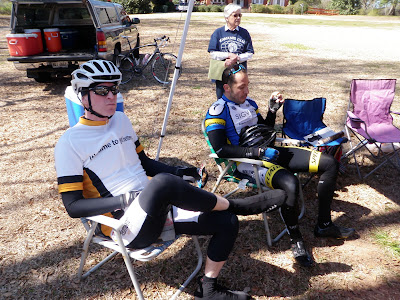 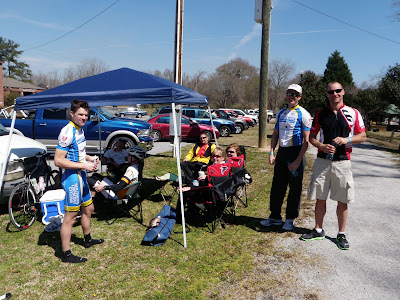 The map and splits from my Garmin show, thanks to Josh, Obie, Steve, and Jason were really good for the first 85-miles.  I intentionally left out Peto.  I love ya man but you didn't pull for shit!  I suppose I was guilty of that too.  I do recall after Steve pulled for about 10 minutes, I took a 30-second turn at the front.  Sorry Steve!  As I rode that last 11 to 15 miles by myself I saw the route turn to the right but one of the riders that had joined our group and passed me had gone straight.  He was half a mile ahead of me and much too far to yell - hey you're going the wrong way.  I wasn't sure that the turn I had made was correct.  I spent the next 5 miles wondering if I was still on course and if Peto was in front of the wayward rider.  Just as I debated turning around, the event marshal rode up on a motorcycle.  I flagged him down and he confirmed that I was on the correct route.  That sealed it for me, Peto and ultra-guy were lost.  I continued on figuring we'd be getting a phone call soon before or after I arrived back in Concord.  When I got there Peto was comfortably seated with the other SCC riders who left me for dead, just like last year!
My moving time ended up at 5 hours and 5 minutes.  I still haven't broken the 5 hour mark.  The Tony Serrano Century on April 13th will be the next test.

Thanks for reading.
Posted by Unknown at 8:31 PM