A few weeks ago Susan and I took a well needed trip to my hometown of Jacksonville, Florida.  Before we left Atlanta Susan did some searching online for something for me and my brothers to do while she and my sister-in-laws went shopping.  My brother Keith had recommended that we go fishing.  I for one was happy to do anything but walk from shop to shop as the ladies discussed the merits of one piece of furniture over another.  Susan is redecorating our house and has been looking for a few new small pieces of furniture.  During her search for something to keep the guys occupied she came upon a place that rented boats.  The thought was that my brothers, Keith (Dude) and Glenn, nephew Cameron, and I would rent a boat and do some fishing.  None of us are fisherman by any stretch of the word.  I don't know one fish from the other and I definitely don't know what can be kept and what must be thrown back.  Florida has a lot of fishing restrictions now.  Fishing today is not like I remember it was when we were kids.  Back then we kept everything and were proud of it all.

And then there's the gear, we don't really have any.  I do have a fishing pole.  I've had it for about 25 years and I've probably used it twice.  I brought it to Florida, just in case, along with my tackle-box which actually does have some stuff in it.  It's nothing that one would use for fishing in salt water but together they should provide a few points toward the general maintenance of my "man card".  We decided to forego the self-guided tour and opted for a trip with a real guide.  My brother Keith made a reservation with Coastal Fish Charters at Devil's Elbow in Crescent Beach, Florida.  It just so happened that he had previously worked with our guide Rob Bennett at Ring Power where Keith still works.

Since we're not serious fisherman and a pre-dawn wake-up call was out of the question we opted for a 1pm launch time.  We figured that half a day of rigorous fishing would be all we could stand. The Farmer clan rolled into Devil's Elbow Fishing Resort south of St. Augustine just a few minutes before 1pm. 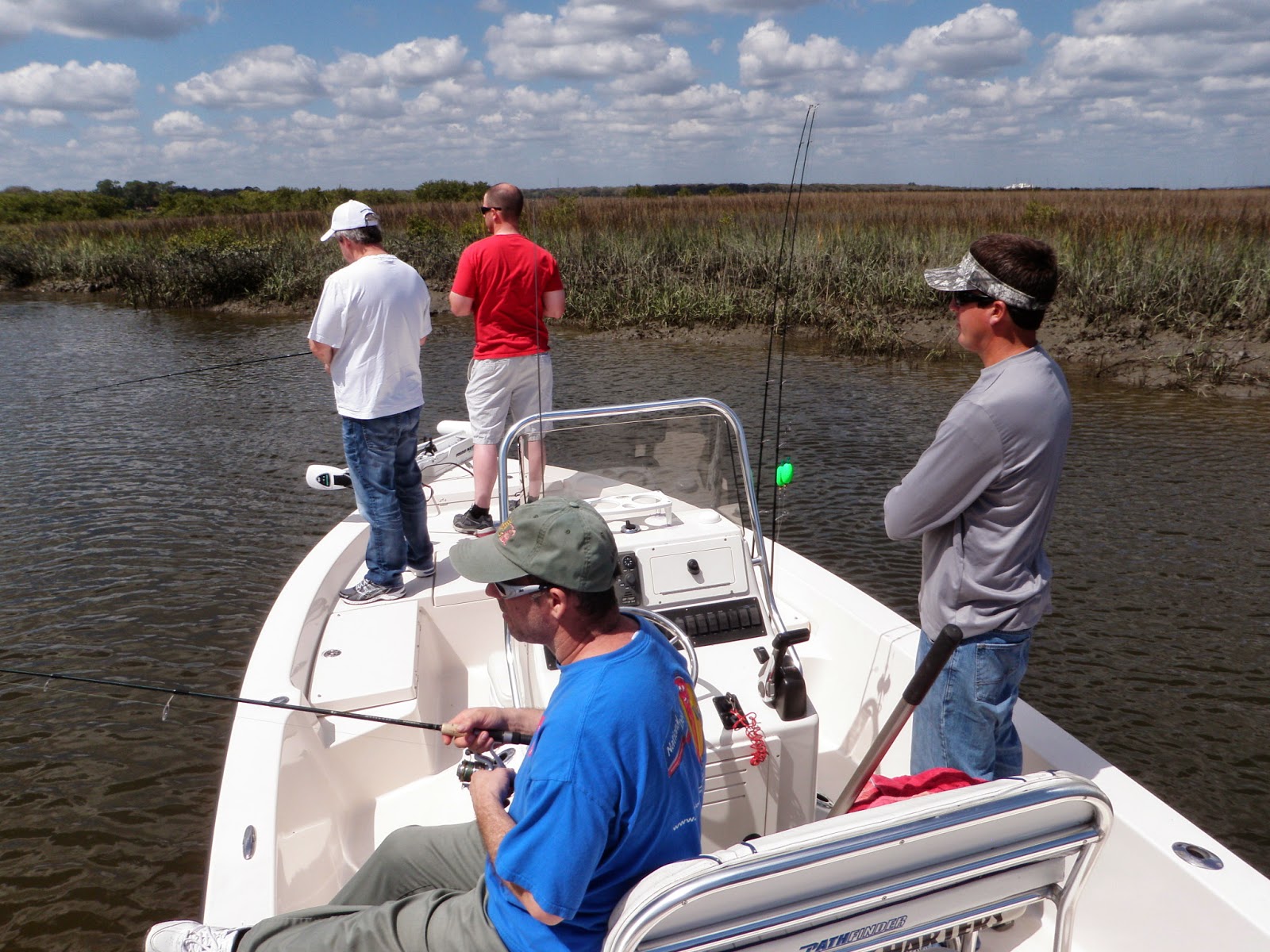 Capt. Rob took us to all (I assume) the secret spots in and along the Intracoastal Waterway near Crescent Beach. 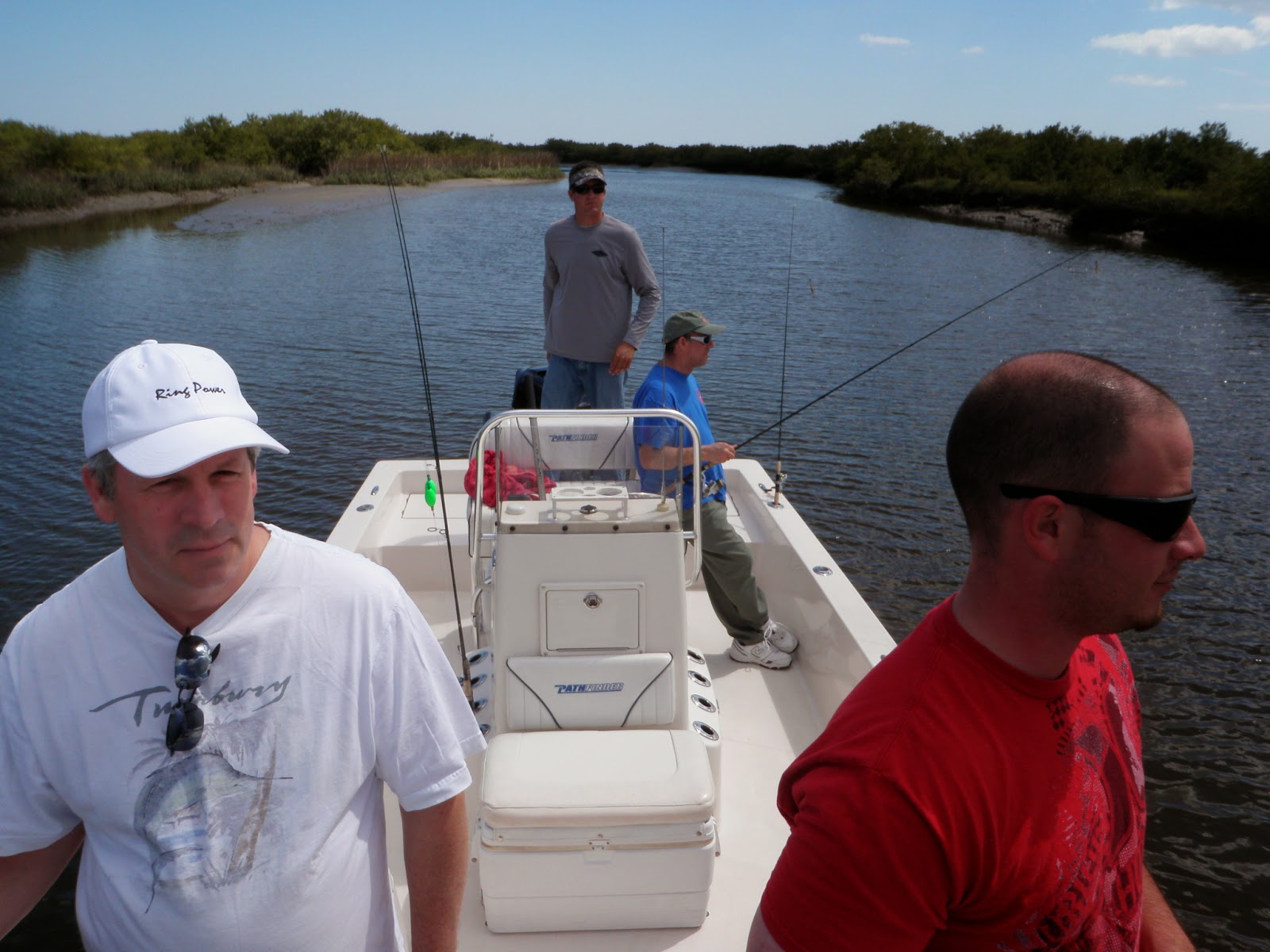 Cameron brings in the first Drum of the day. 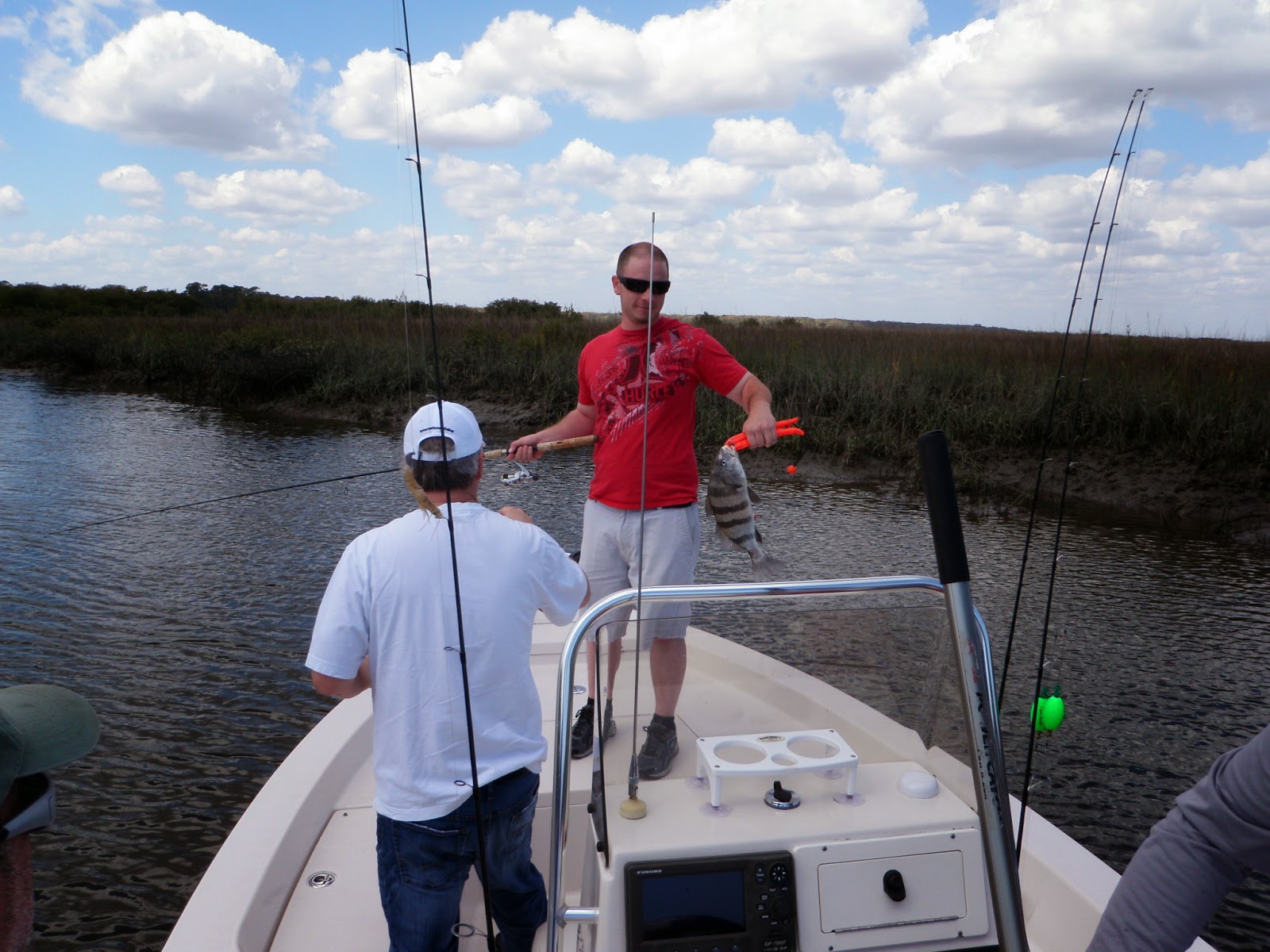 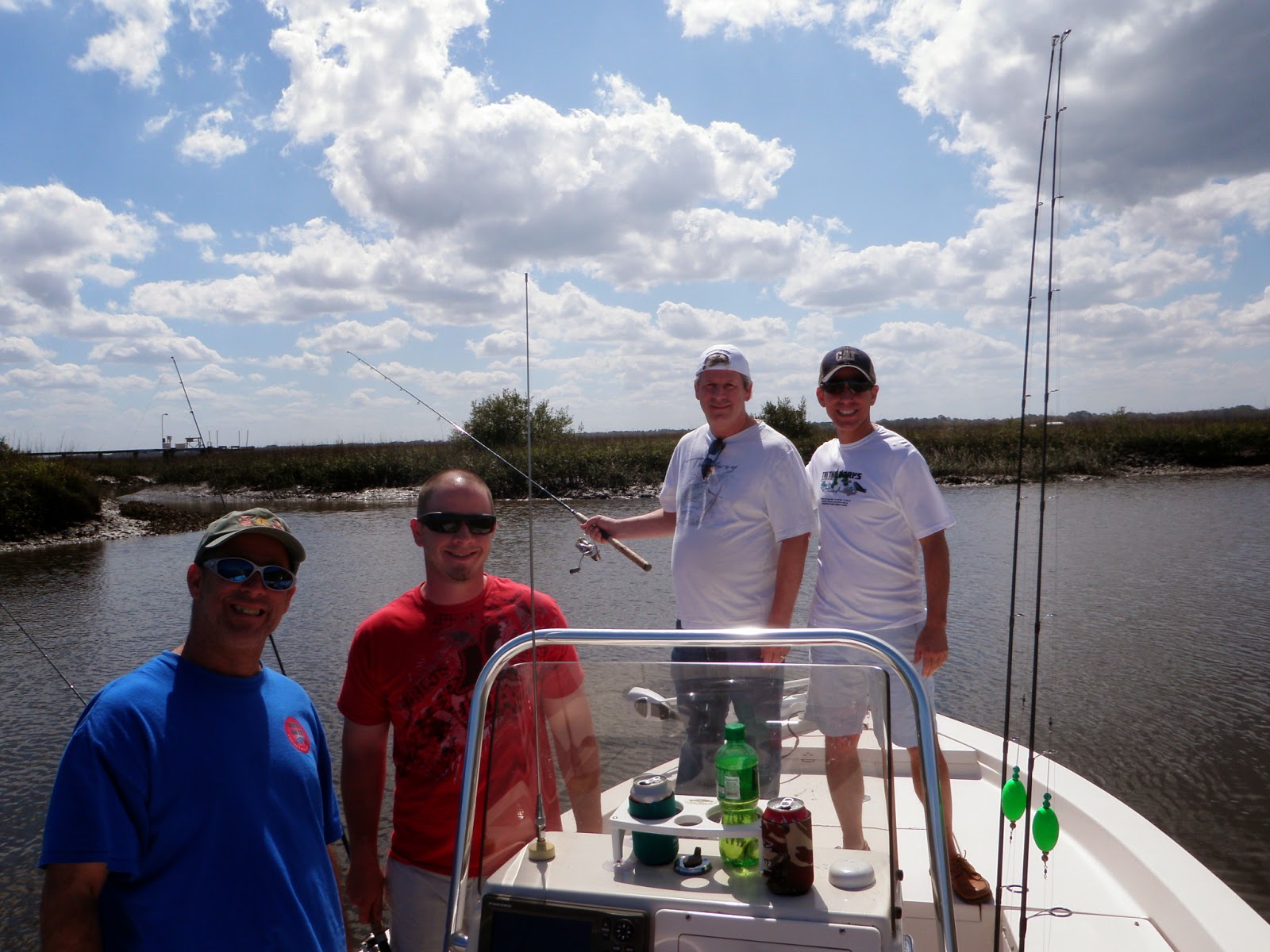 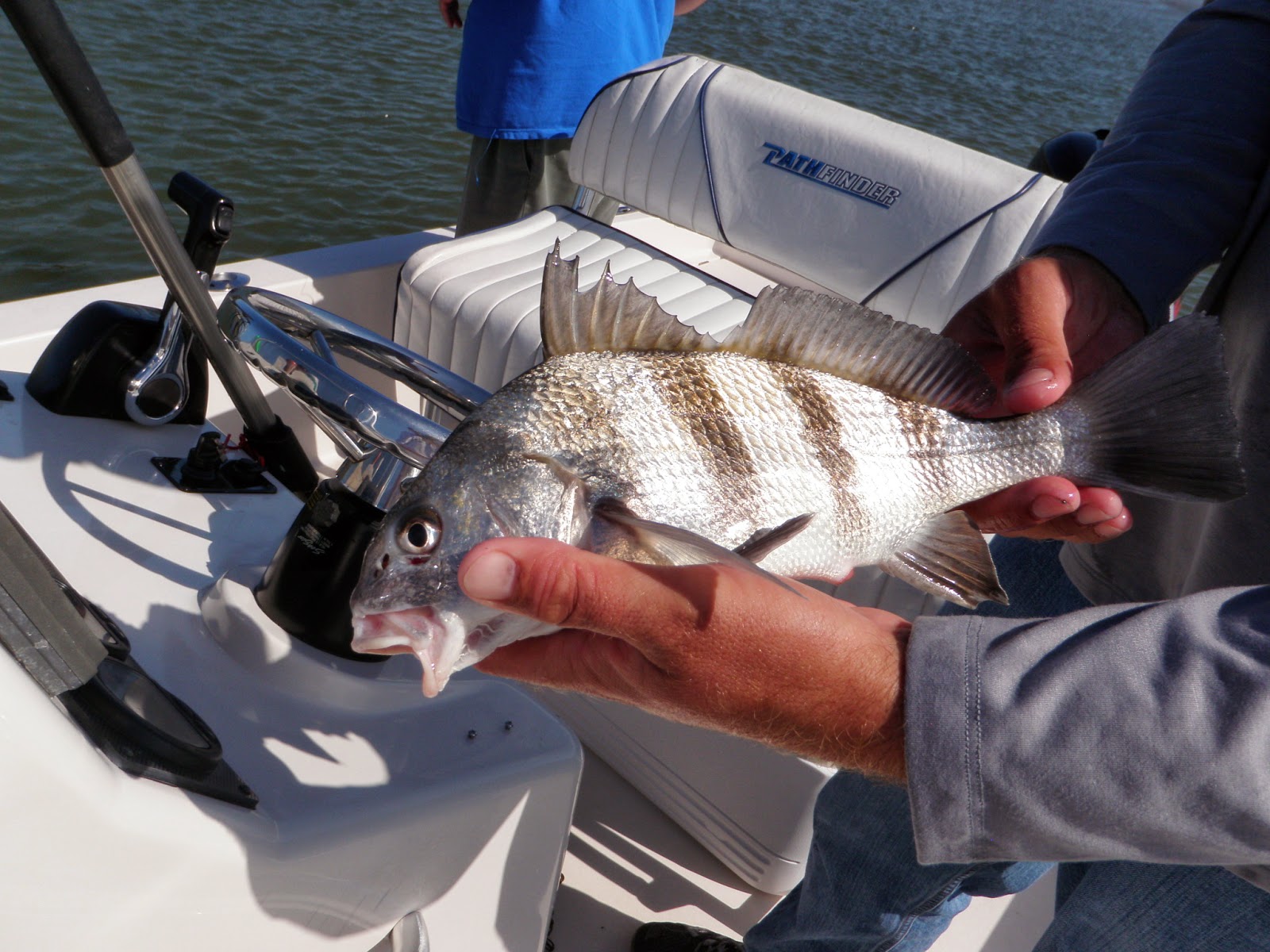 Capt. Rob and Brother Keith (Dude).  Keith is smiling on the inside. 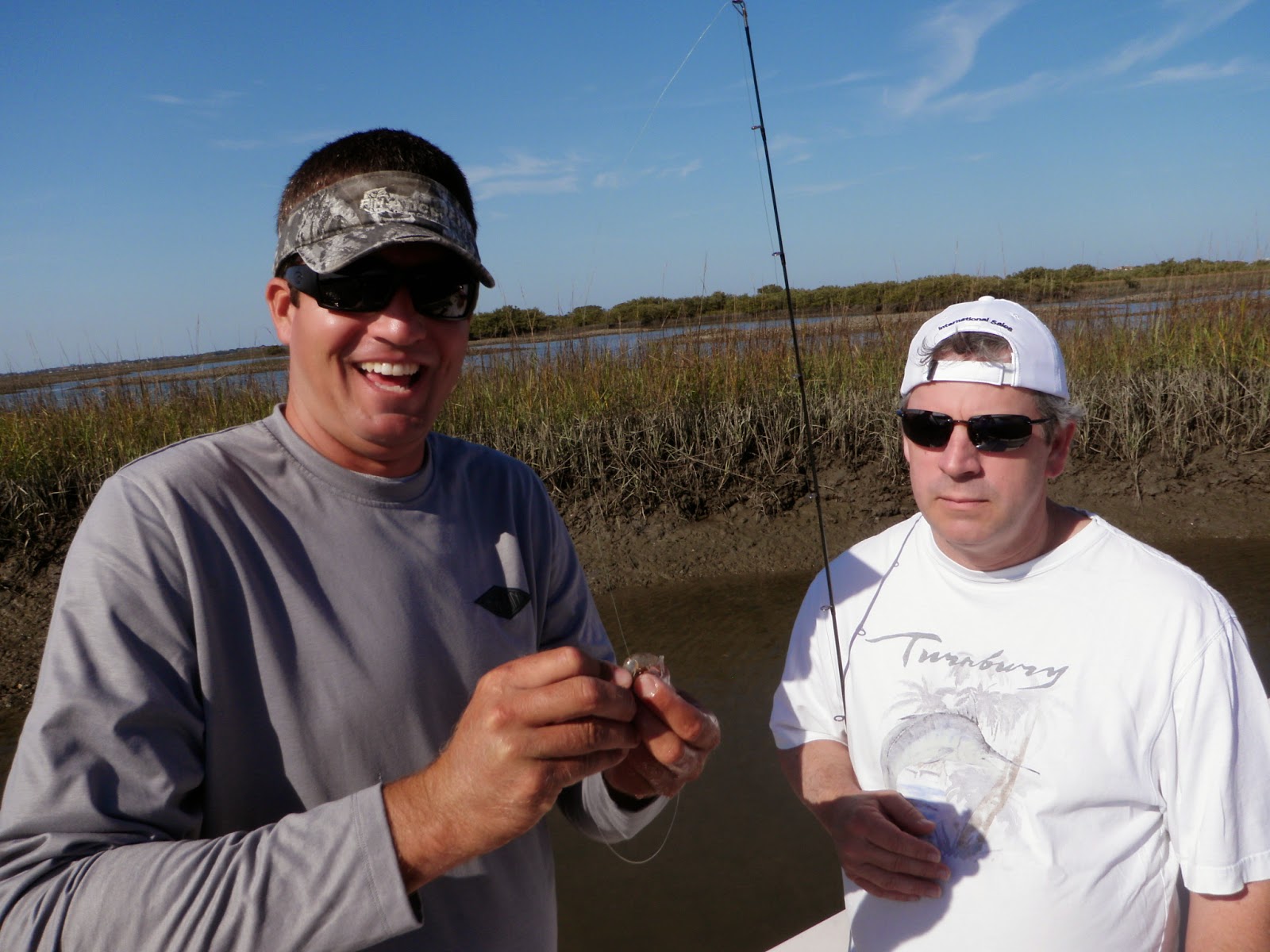 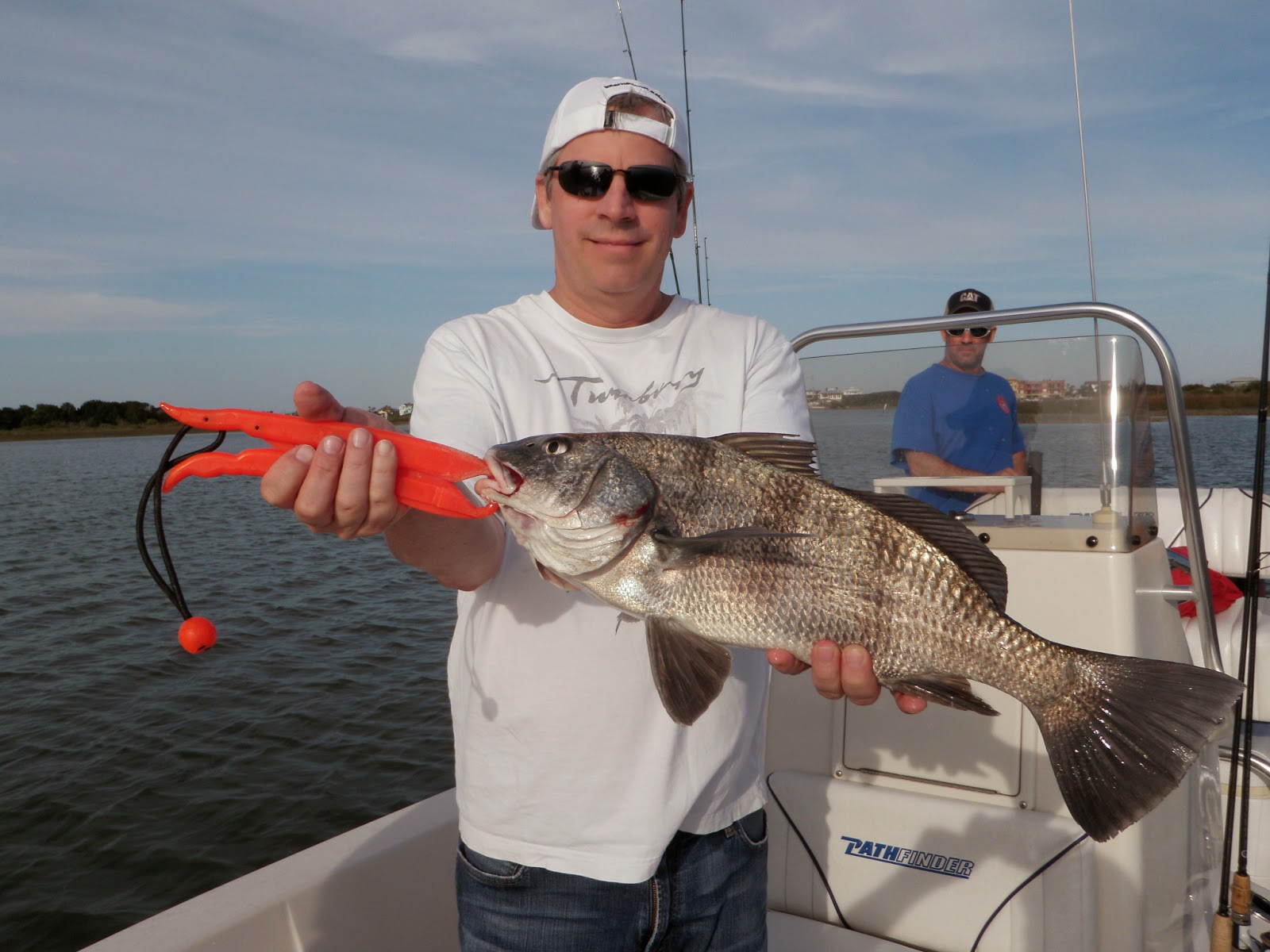 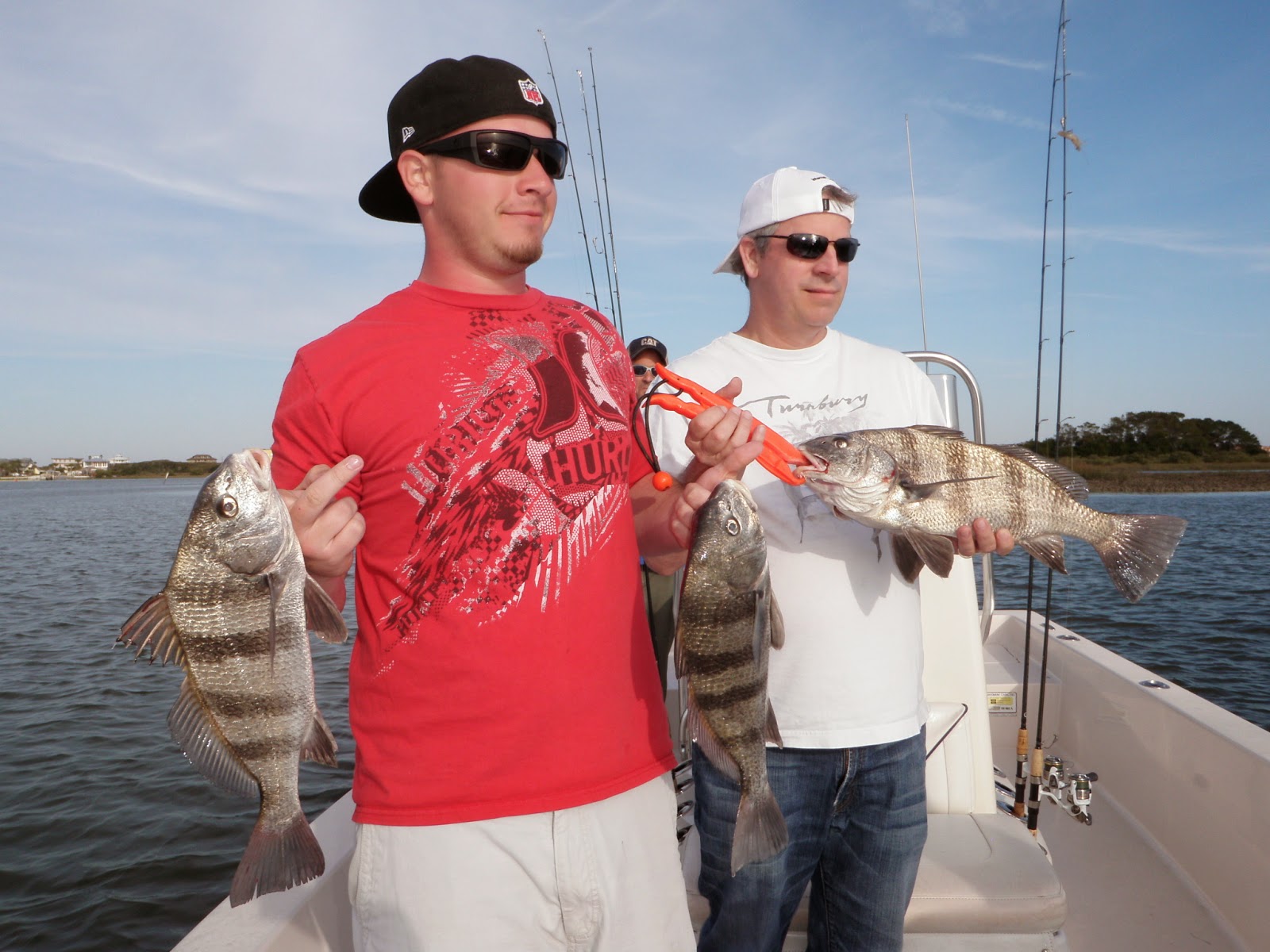 An egret joined us as Rob filleted the fish. 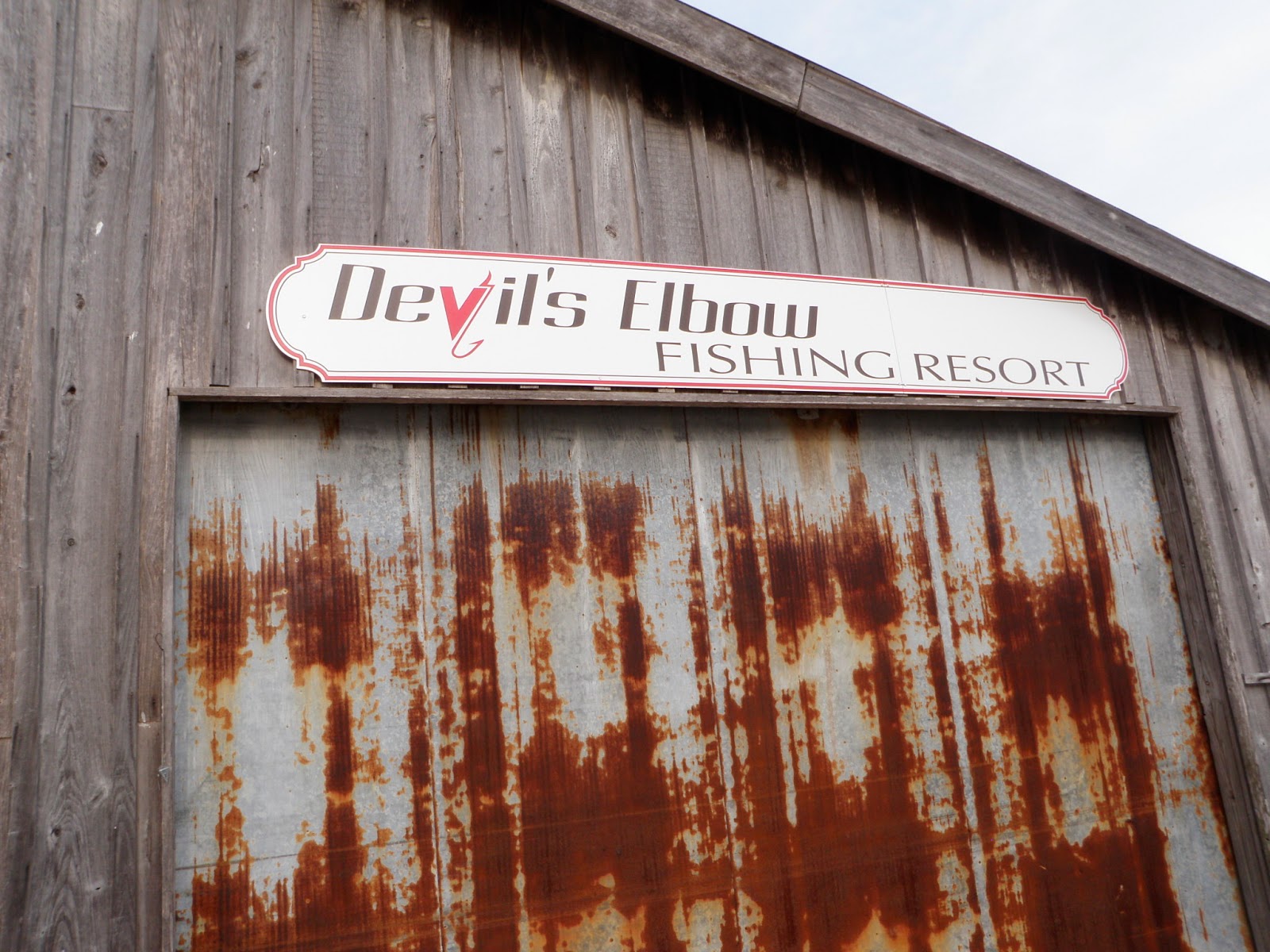 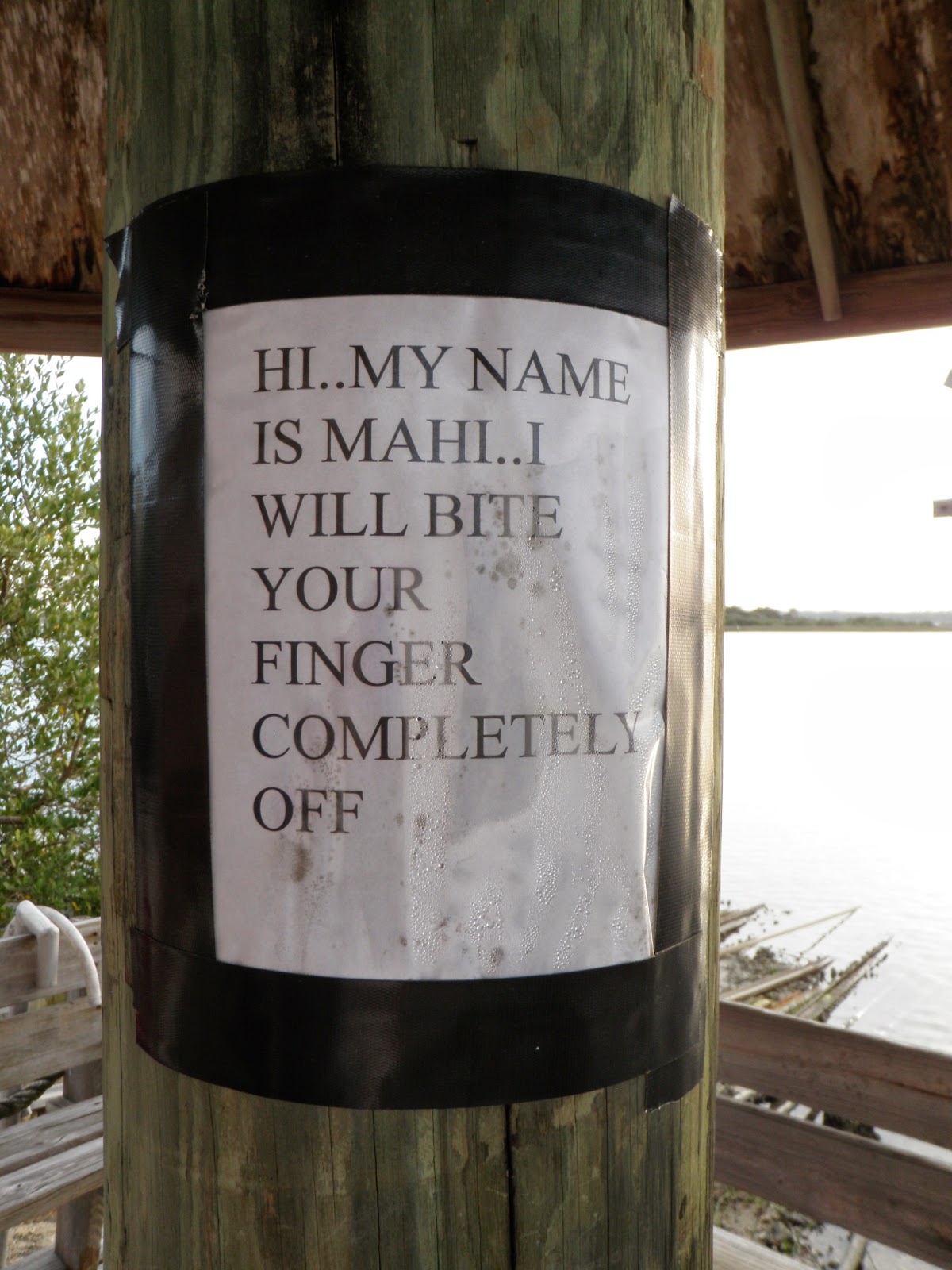 Mahi was not as much of a social butterfly as one might expect from a lizard. 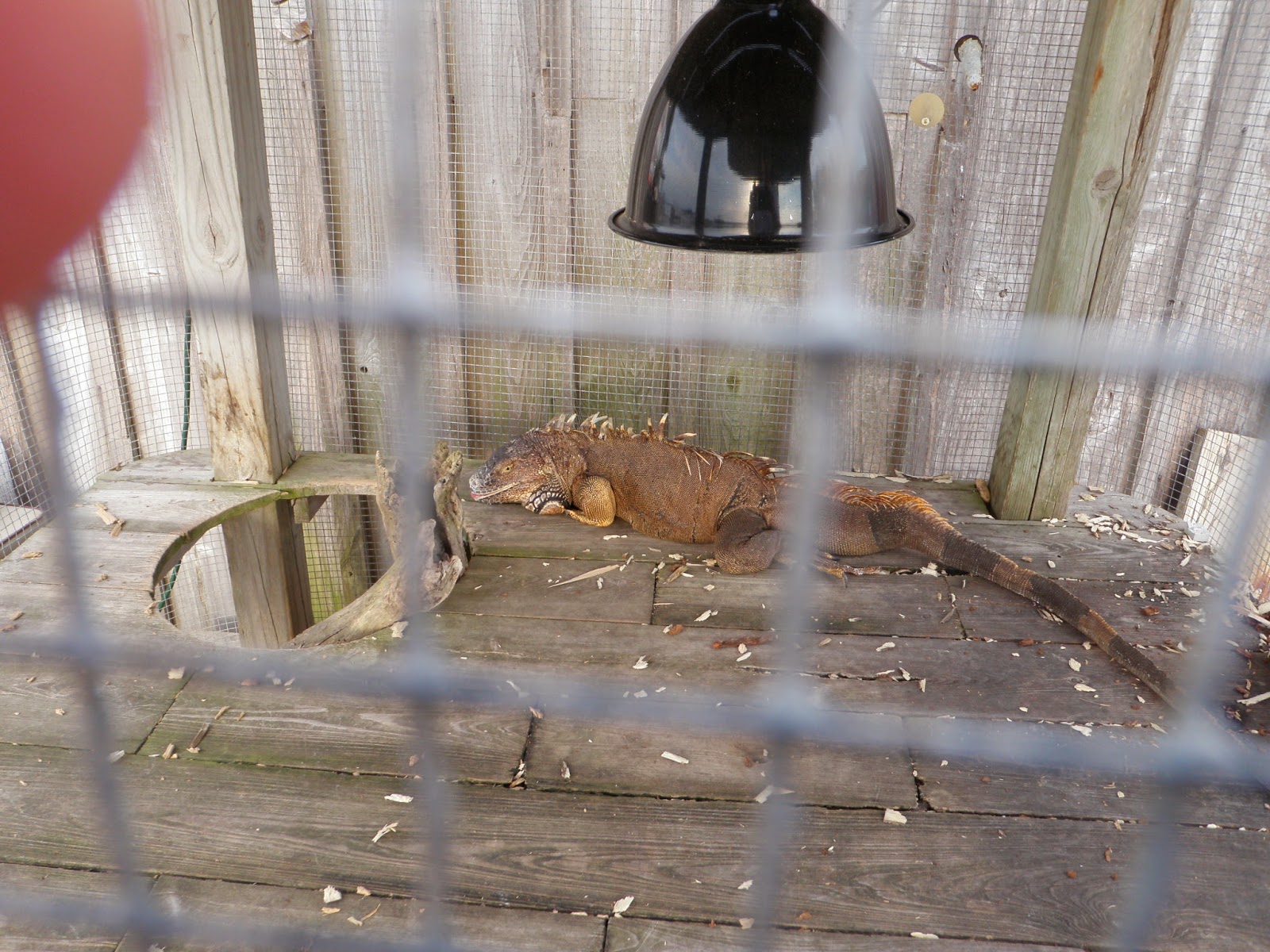 Before we returned to the dock we came up on a small sea turtle swimming around in one of the coves.  I took several pictures of but none of them turned out very well. 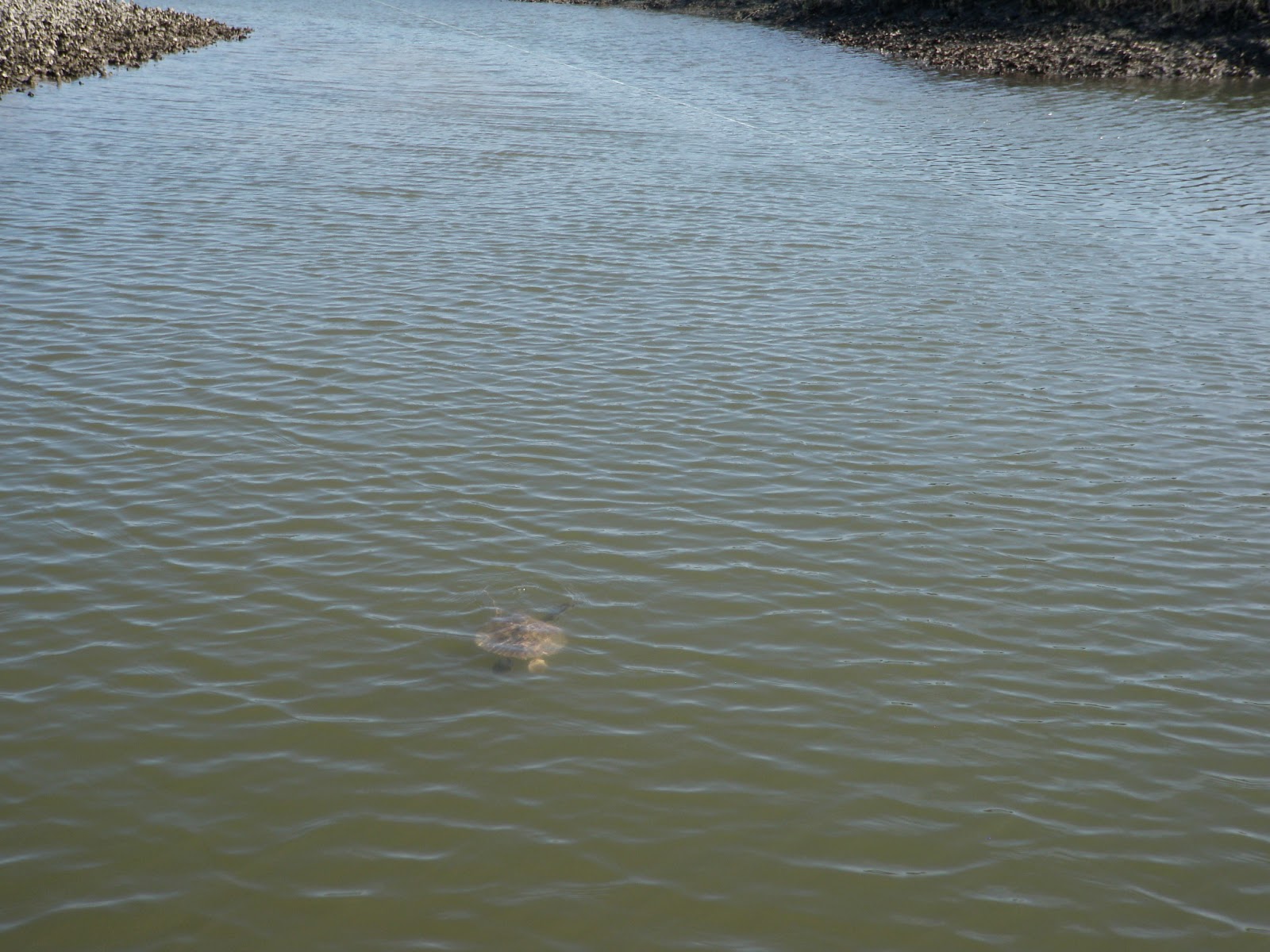 The trip was over and I was pleasantly surprised how much I enjoyed the day.  It wasn't so much the act of catching fish, which I did, but more about spending time with my Bros.  I think we'll do it again next year.   Maybe we'll make an annual event out of it.  I think I'm even gonna buy some new line for my old rig.

Thanks for reading.
Posted by Unknown at 12:34 PM

The 2014 Swim Across America Atlanta open water swim is in the books.  Team Lake Spivey did a great job but, more importantly, all the organizers and volunteers did a great job too.  We helped raise a bunch of money for childhood cancer research and participated in a fun and healthy event.  What more could you ask for?

The weather couldn't have been better.  The sky was blue all day.  Sunday, May 4th, the day of the event, was sandwiched in the middle of a full week of nice weather.  The warm sunny days gave the lake the opportunity to warm up and the volunteers access to the site without getting any equipment or people wet or blown away.  It was markedly different from last year when torrential rain hit us the night before and the whole site was cold, wet and muddy.

Susan and I arrived at the Lake Spivey North Shore marina in time for the volunteer's safety briefing at 7:30am.  Susan had volunteered to captain our pontoon boat on the swim course.  We found out after the briefing that our boat wouldn't be needed so she assisted neighbor Bob on his boat.  While I helped out at the marina I took pictures and got ready for my 5K swim that began at 10:30am.

The 10K swimmers started at 9am.  Some of these crazy fools swam without a wetsuit.  I heard people saying "it's almost too warm for a wetsuit" before the start.  I think their senses are a bit out of whack.   The water temperature was around 70-degrees but I didn't think twice about not wearing my wetsuit.

Before the swim started there were 8 or 9 Olympians seated on folding chairs at a table signing autographs.  I didn't recognize any of them except my neighbor Steve Lundquist but it was still really cool.   The neat thing was that these were the same people that had helped setup the day before.  They were hauling buoys, setting up registration and food tents, and unloading trucks just like the other volunteers.  It came as a surprise to me that morning to see some of them signing autographs.


My team was comprised of 5 swimmers and our captain Steve.  We had 4 swimmers doing the 1 mile swim and me doing the 5K swim.  Since this was a charity fundraiser I should mention that we raised in excess of $3,600.   Our biggest donation getter was MaryAnn Keen.  MaryAnn's brother Ben was second in that campaign.  I made a good showing.

My other teammate Stephanie was swimming to prepare for the Ironman 70.3 Eagleman triathlon in June and the Ironman Augusta 70.3 triathlon in September.  She was anxious before her swim but was satisfied with her results.  Go Stephanie!  She also stuck around afterward and helped me haul kayaks.

Our other teammate Deborah must have swam but I didn't have the opportunity to meet her.

Susan and Bob provided these 3 young swimmers from Columbus, GA a place to rest and chat.  On their way out on the 5K course they decided to board Bob's boat to remove their wetsuits.  On the return trip they realized that they were cold so they stopped again and donned their wetsuits again before finishing.  Susan and Bob gave them snack and drinks to replenish their energy.

As I swam my mind wandered.  The thing that kept running through my head was "I should have taken swimming lessons".  I can remember one of my first swimming lessons as a child.  I thought I was pretty good.  I could hold my breath and swim underwater from one side of the kiddie pool to the other.  I know my instructors were impressed.  Fast forward 7 or so years and its off to summer camp for a week, Camp Immokalee in Keystone Heights, FL.  I was about 12 years old and signed up for water-skiing and horseback riding.  As part of the pre-water-skiing test I have to swim with a certain level of proficiency.  I was deemed lacking in that particular skill.  Instead of water-skiing, my week was spent doing Arts & Crafts.  You can't go to camp without returning home with a handmade leather belt.  I should have taken those swimming lessons more seriously.  Little did I know that I would need the ability to move effortlessly through the water 45 or so years later.  The 3 young girls that took two breaks, posed for pictures, and ate some snacks on Bob's boat still beat me back to the finish.

The nice weather brought out a lot of supporters.  They lined the north side of the lake near the finish for a close-up view as the swimmers passed by.

Families, friends, and teammates wait for swimmers to finish.

I finished the 5K swim in 2:08:53.  My Garmin watch said I swam 3.14 miles.  That's a 2-minute 33 second 100-meter pace, if you're counting.  I had hoped for a something just over 2 minutes.  That's what I get for only swimming 3 times in 6 months and thinking I could swim a 5K.  I wear my watch on my left wrist when I run and bike, and all but a few times when I swim.  The few times that I have worn my watch on my right wrist it has shown much better accuracy.  I should have done that on Sunday because I noticed more times than not than it lost satellite reception.  I'm not a comfortable bilateral breather so I breathe on my right side.  This kept my left side underwater and without satellite reception longer.

Finally done!  Out of my way adoring fans.  Wait a minute, where is everybody?

After the swim I helped take down some of the tents, tables, chairs, and haul kayaks.  It was a really good day!  Thanks to all the volunteers who helped make the 2nd annual Swim Across America Atlanta OWS event in Lake Spivey a success.

See all the pictures here.