Dropcam Pro - As the communications committee chairperson for the Lake Spivey Civic Association I've tried to introduce a few technology changes.  One of my more interesting projects has been installing a webcam for the lake.  I had planned to install a hi-def digital camera but I found that even though it took great pictures, it had a few drawbacks for my needs.  You can read about that setup here.  I heard about the Dropcam while doing research for the other camera.

When I read that the Dropcam was WiFi enabled I decided to buy one.  I went with the Pro version because it has better low light capability.  The Pro version cost $199.  The non-Pro version is $149.  Both cameras can be purchased through Amazon.com.  The camera arrived this week.  It arrived well packed safely strapped to the center of a cardboard cocoon.  Inside the box was the Dropcam box below. 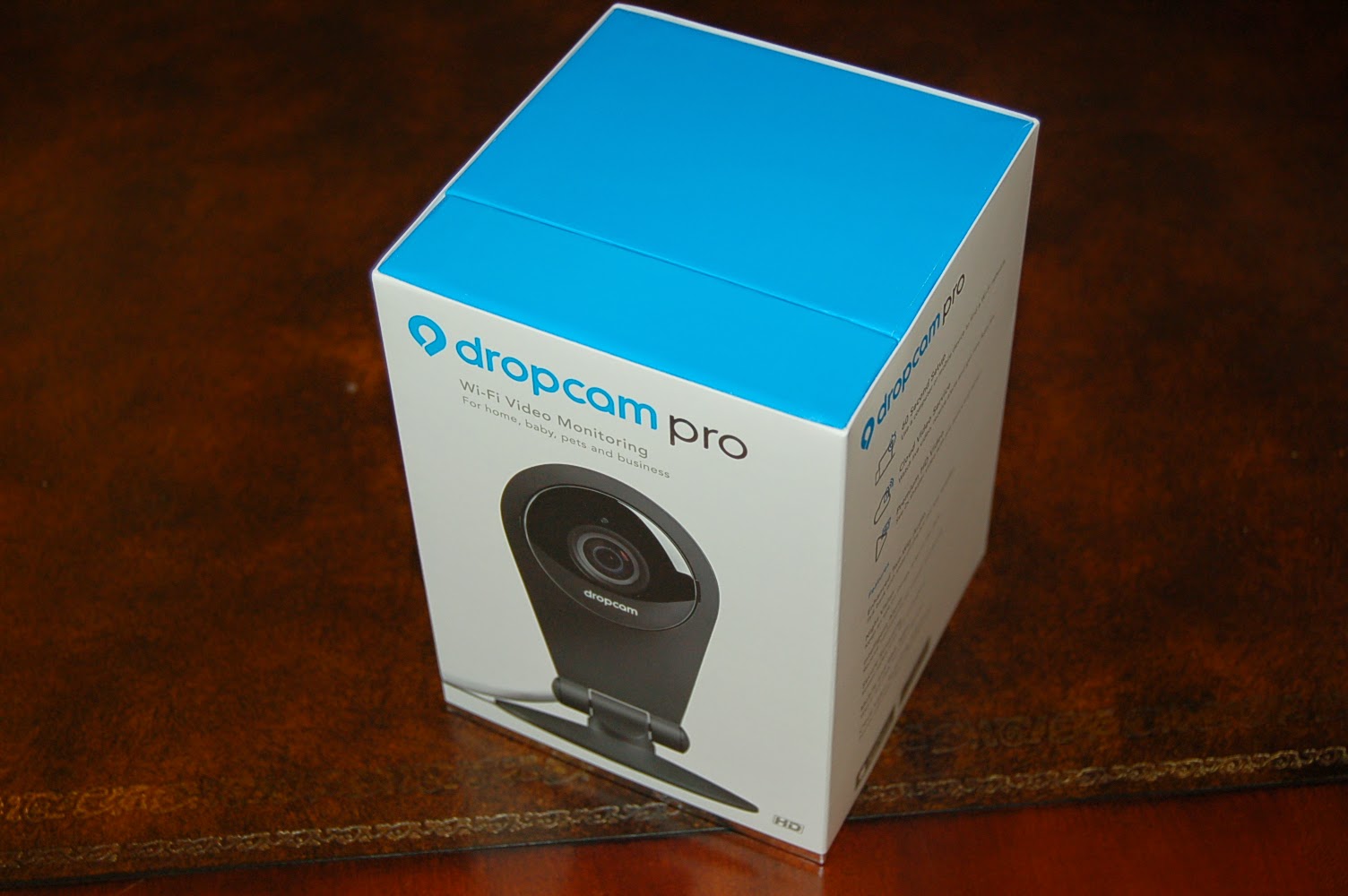 The box is covered by a cardboard sleeve. 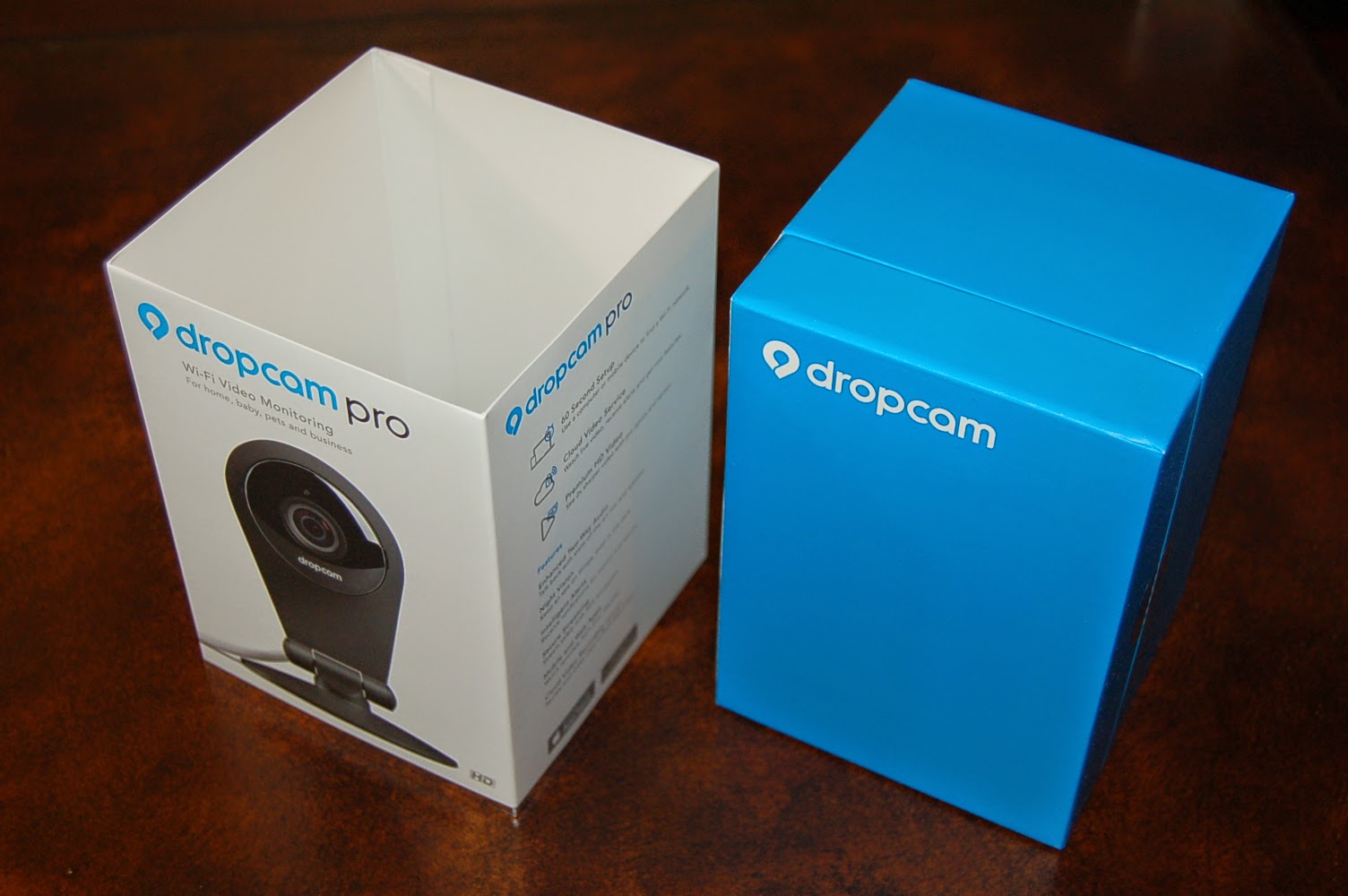 The Dropcam is nicely packed in the box segmented like a school lunch tray.  The camera is the entree. 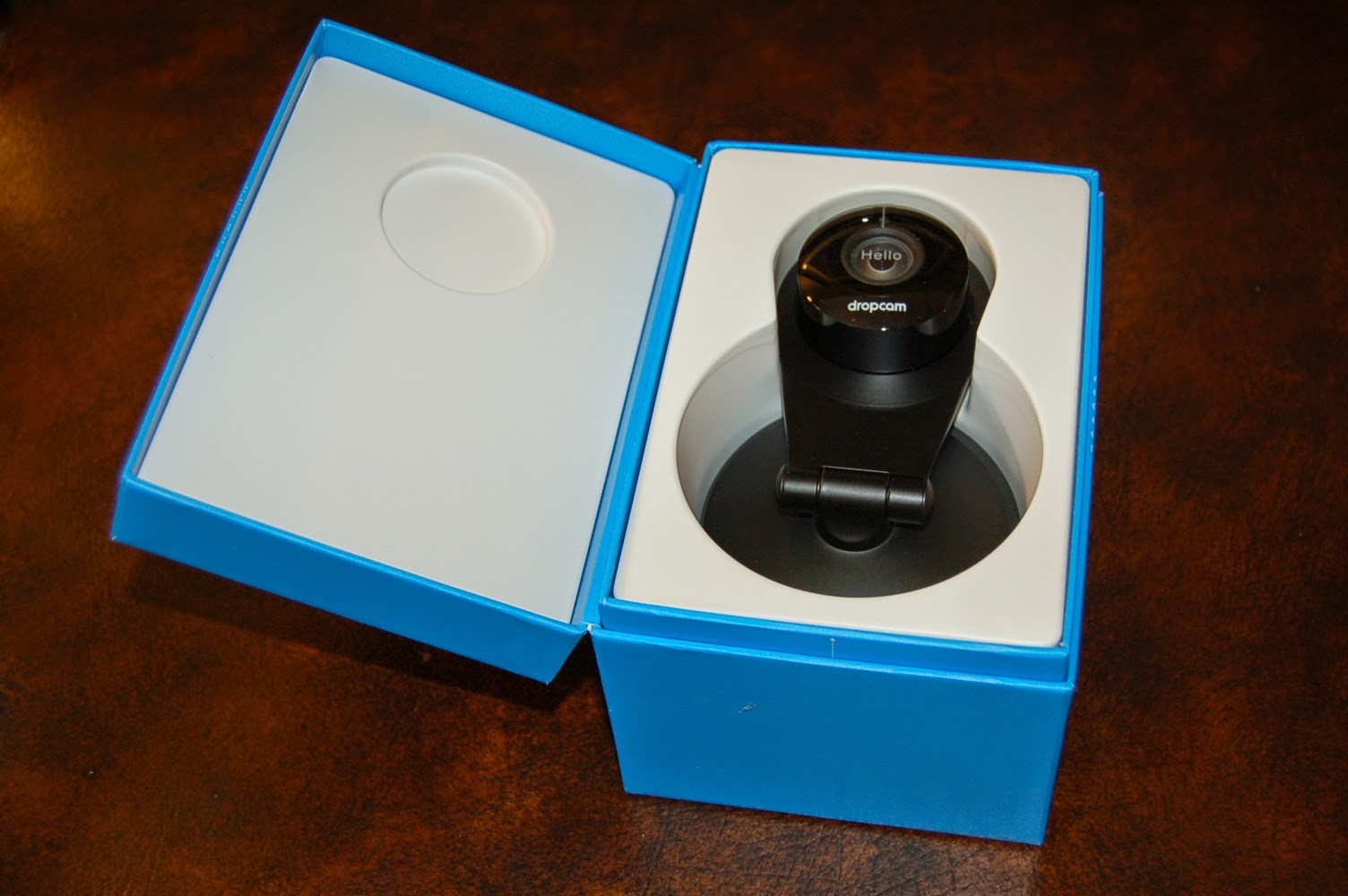 In the box behind the camera is the plastic mounting bracket. 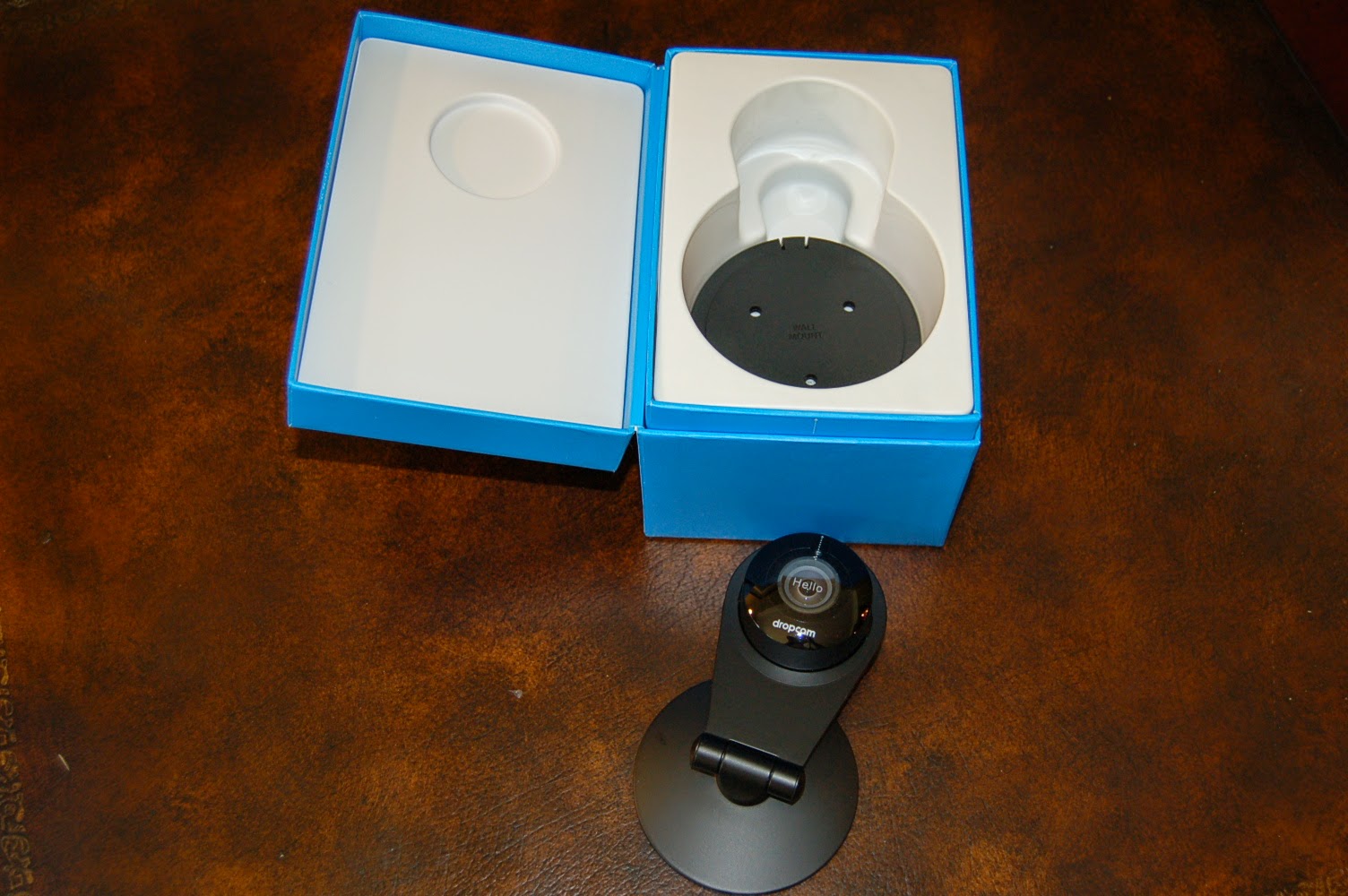 The wall-side of the bracket. 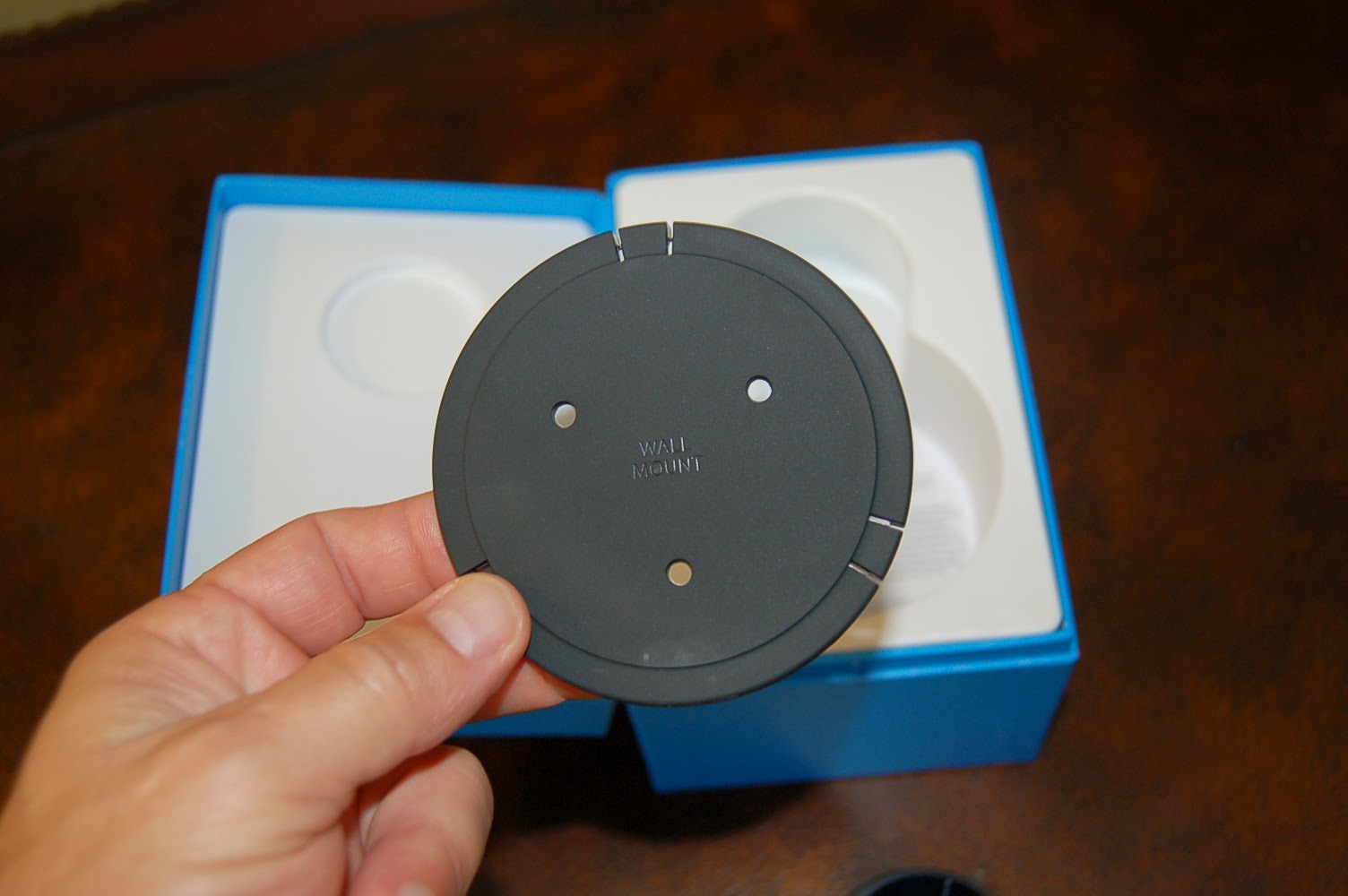 The camera base side of the wall mount with a slot for the cord. 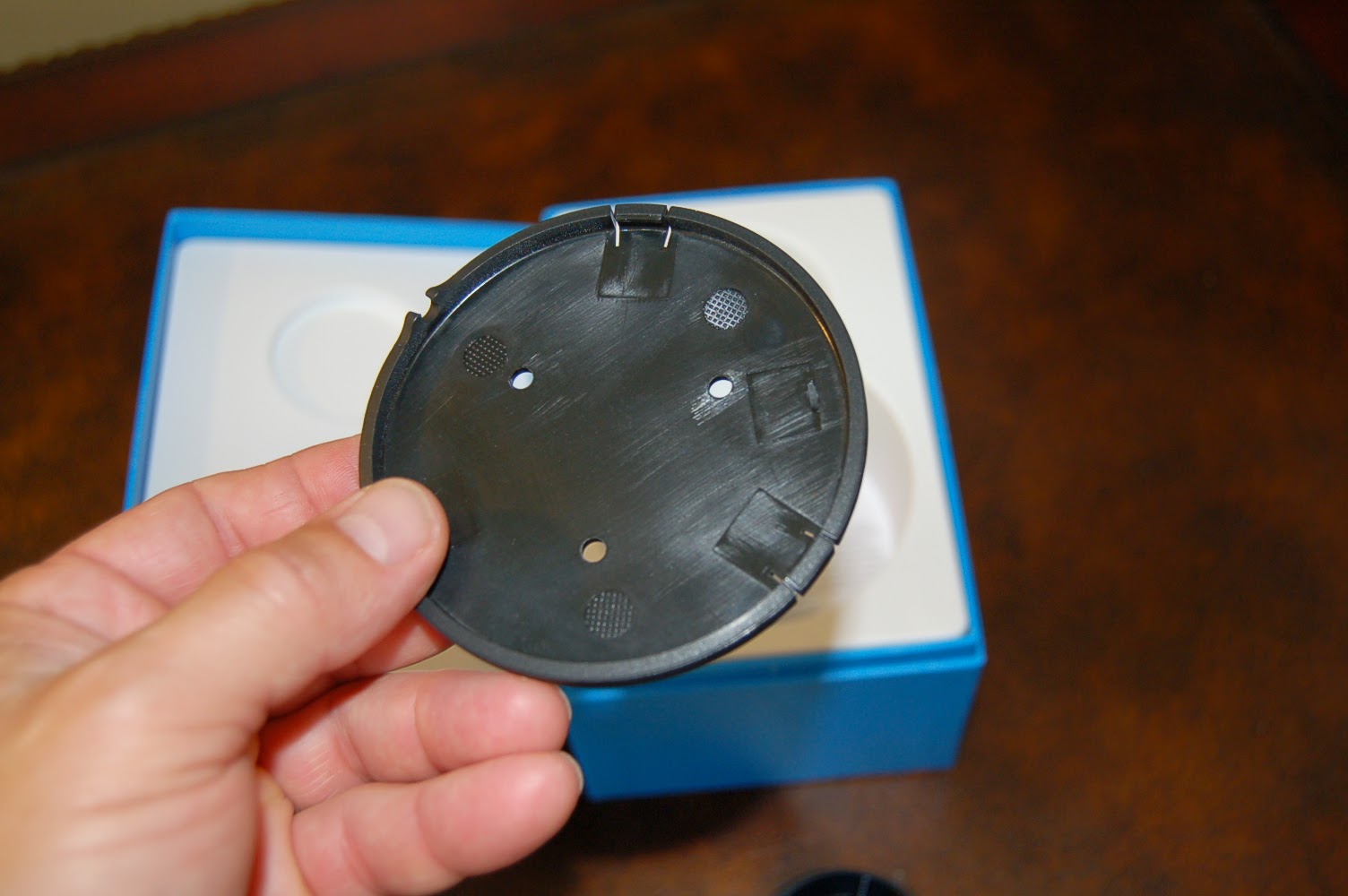 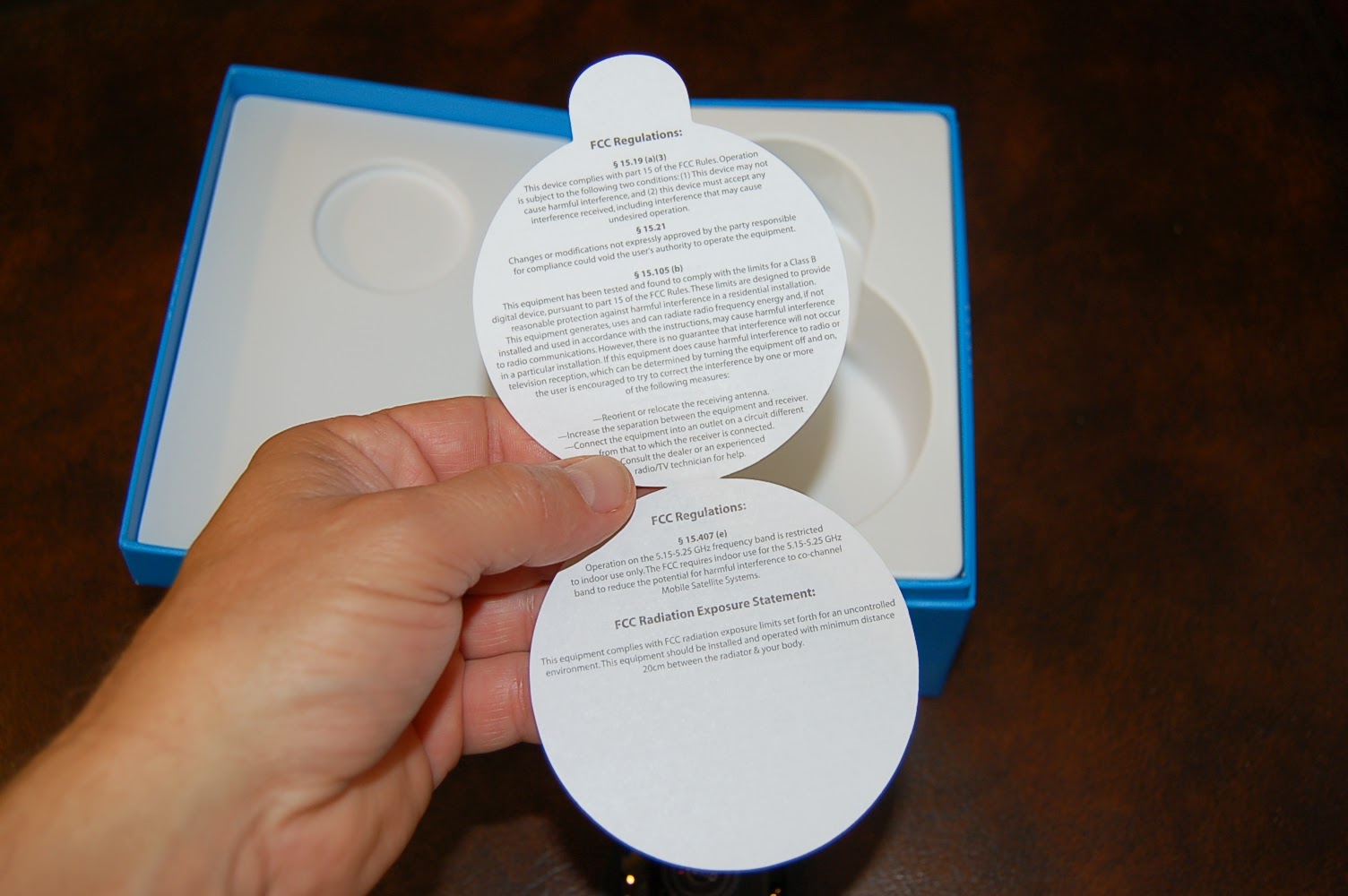 The camera box half unpacked. 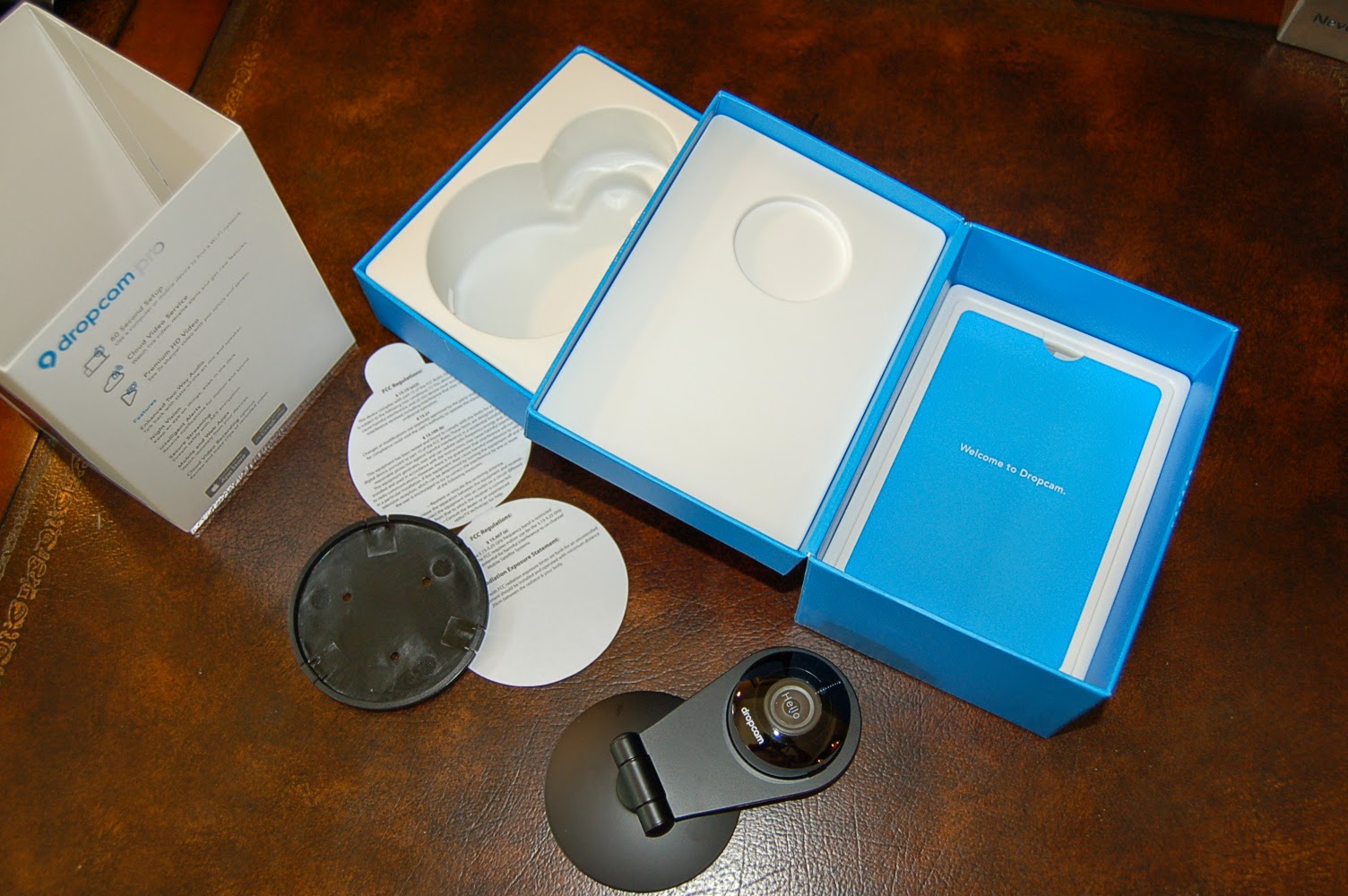 The instructions are as easy as 1, 2, 3.  There's located on the back side of the box's compartment divider. 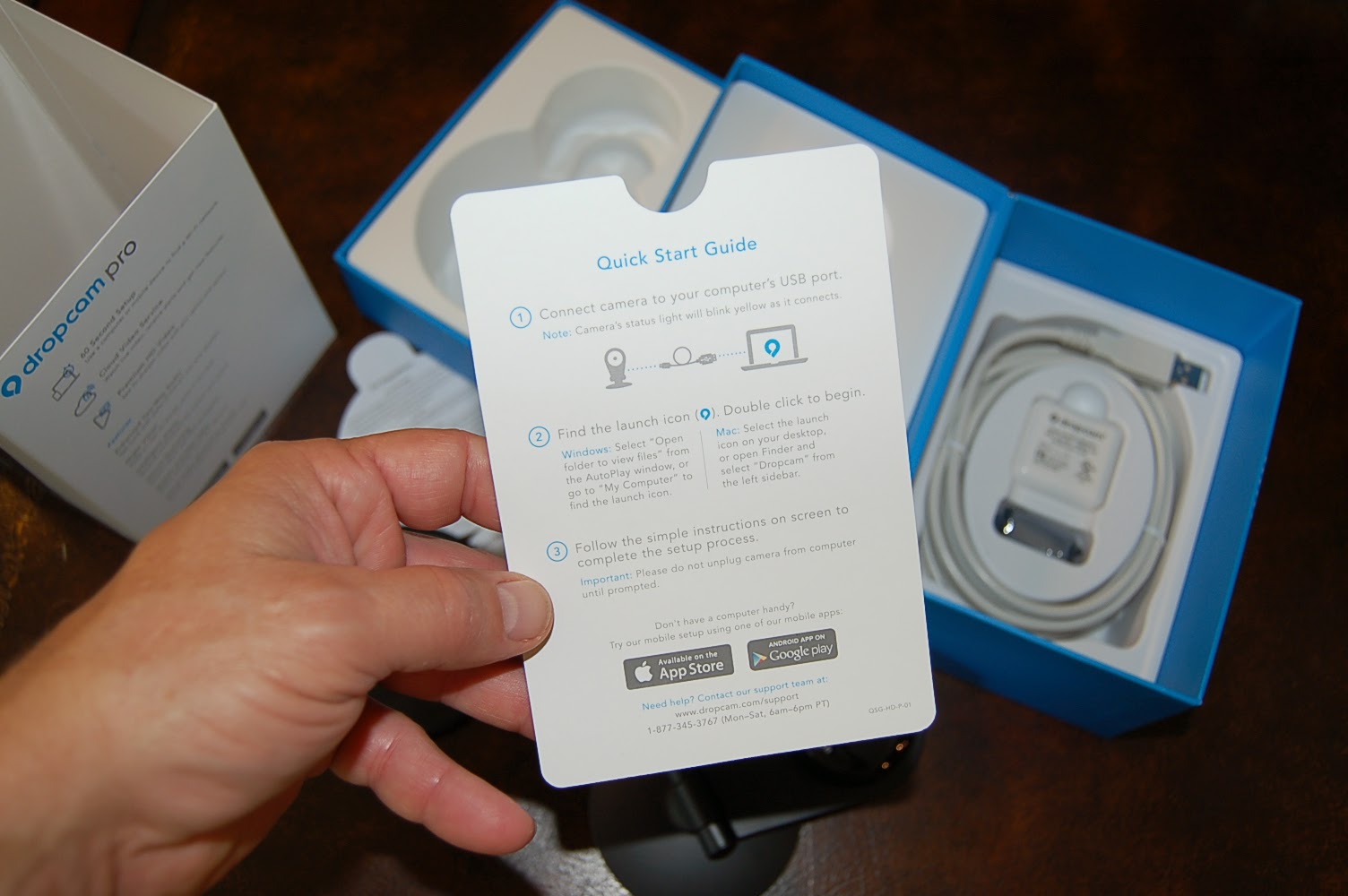 The bottom half of the box includes a AV/DC adapter, 10' USB to micro-USB cable, a small bag of 3 mounting screws and mollies, and a desiccant pouch. 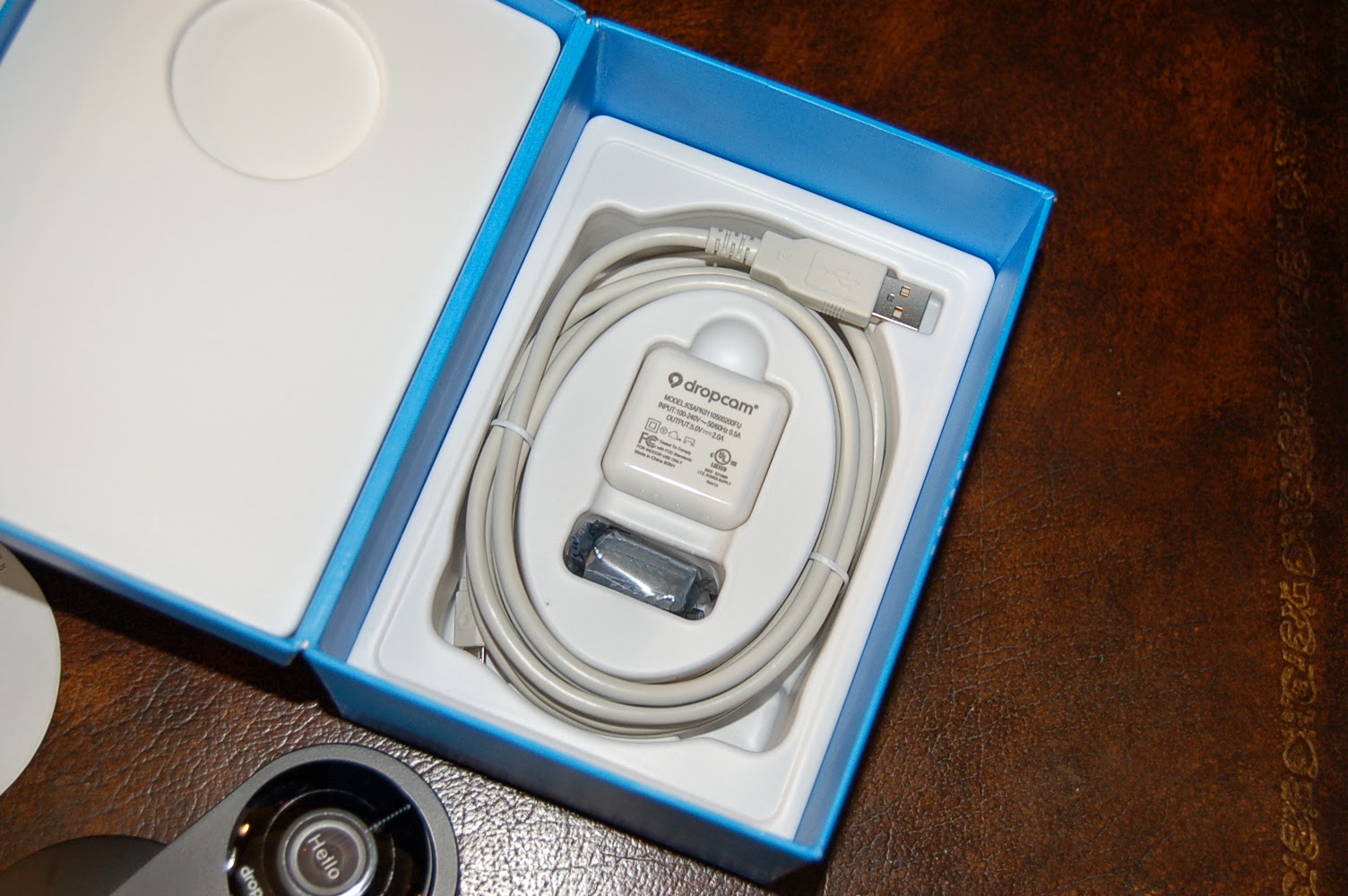 The adapter has retractable prongs. 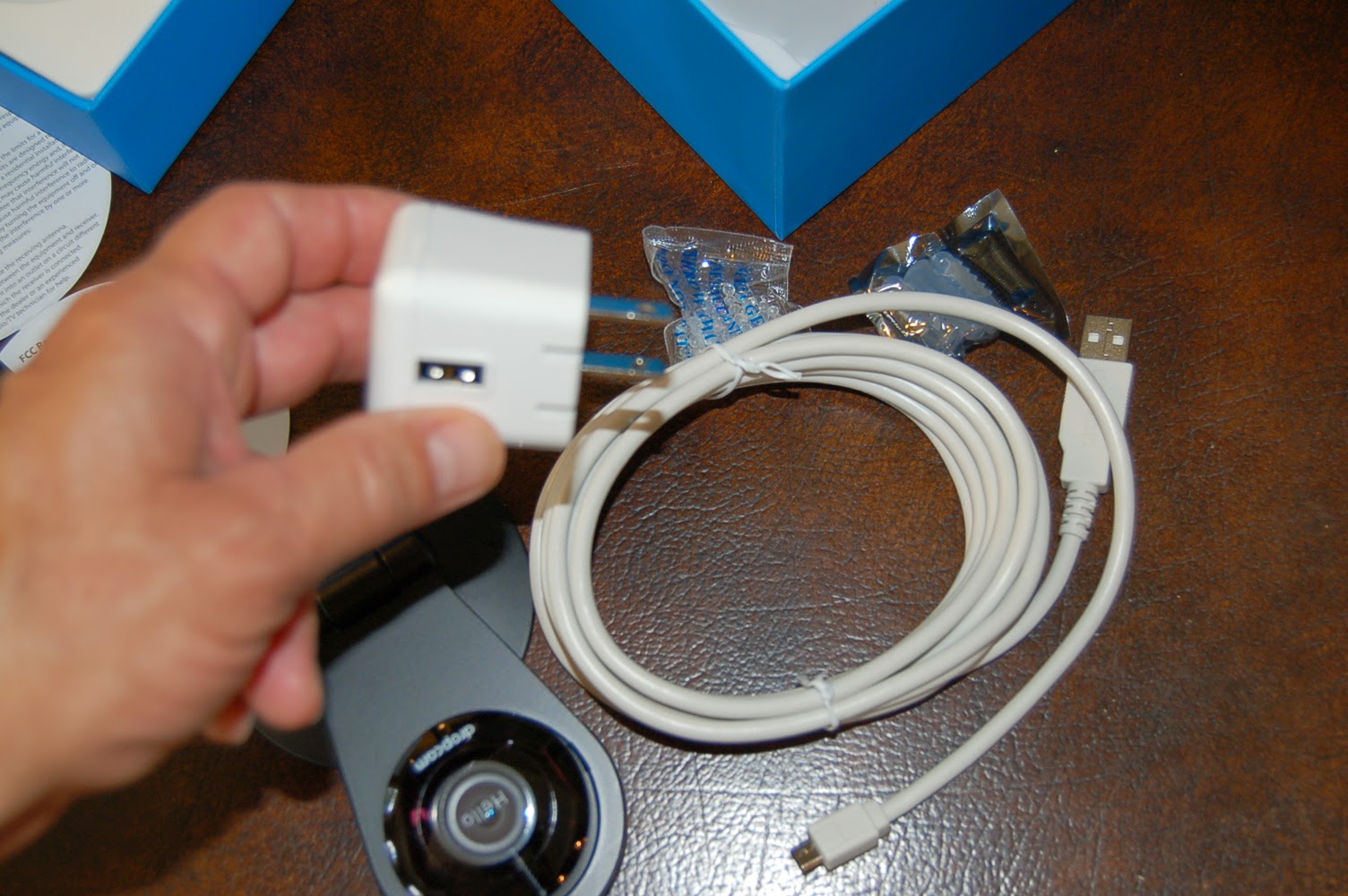 Here's a better view of the micro-USB cable connection at the base of the camera. 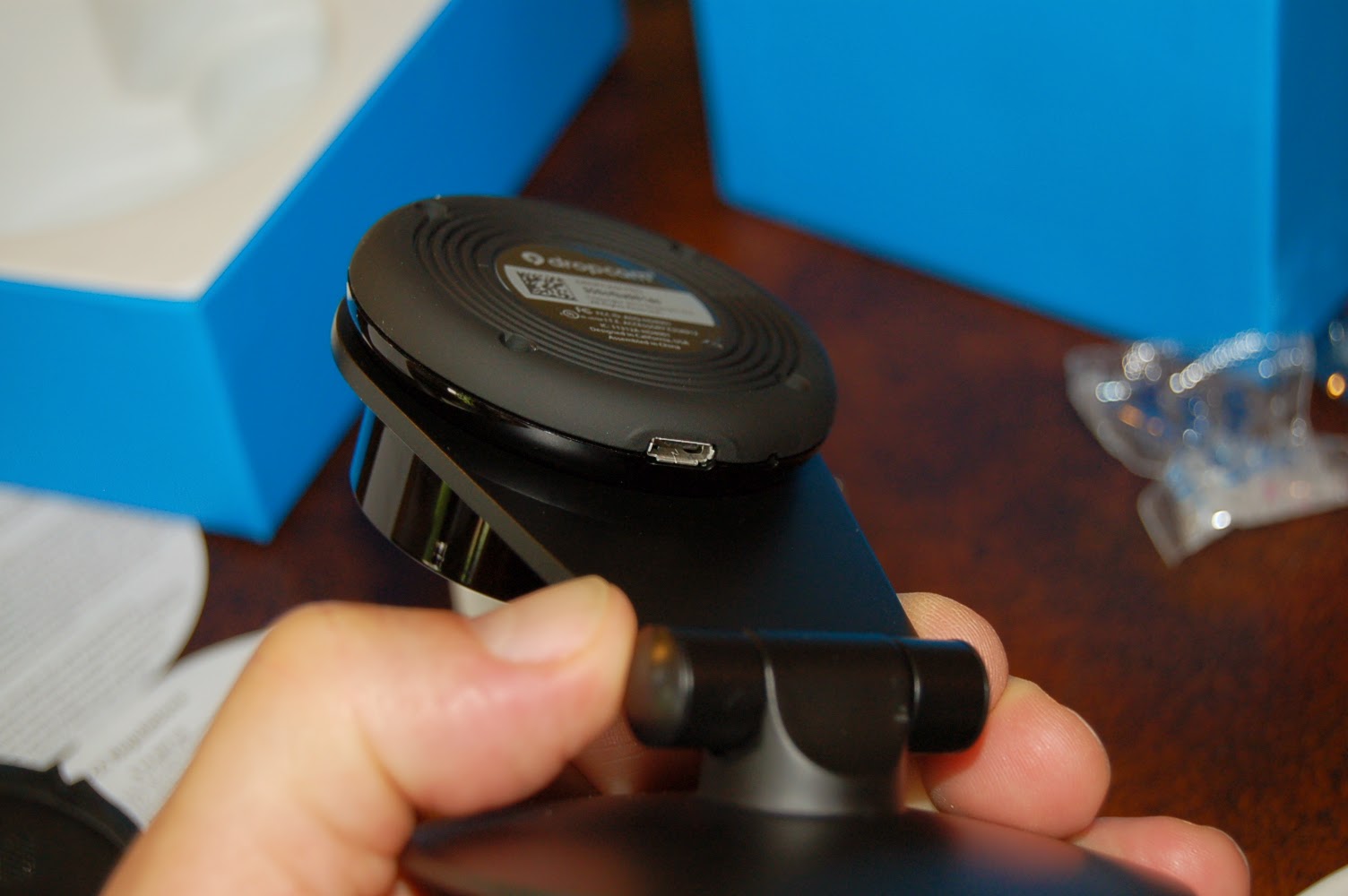 The cable is shown here connected to the camera with the Dropcam logo facing out. 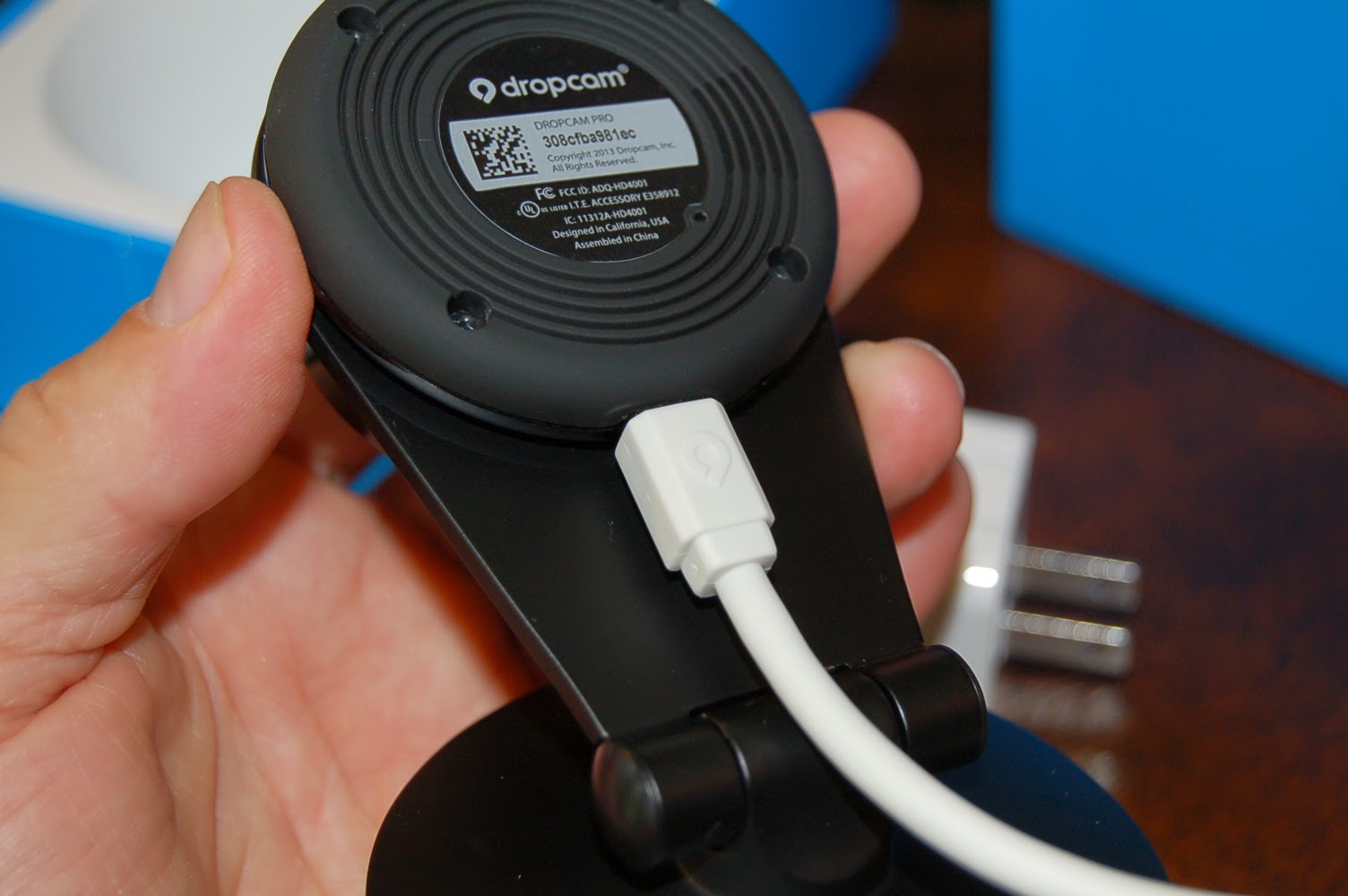 I setup the camera in a window for test purposes. 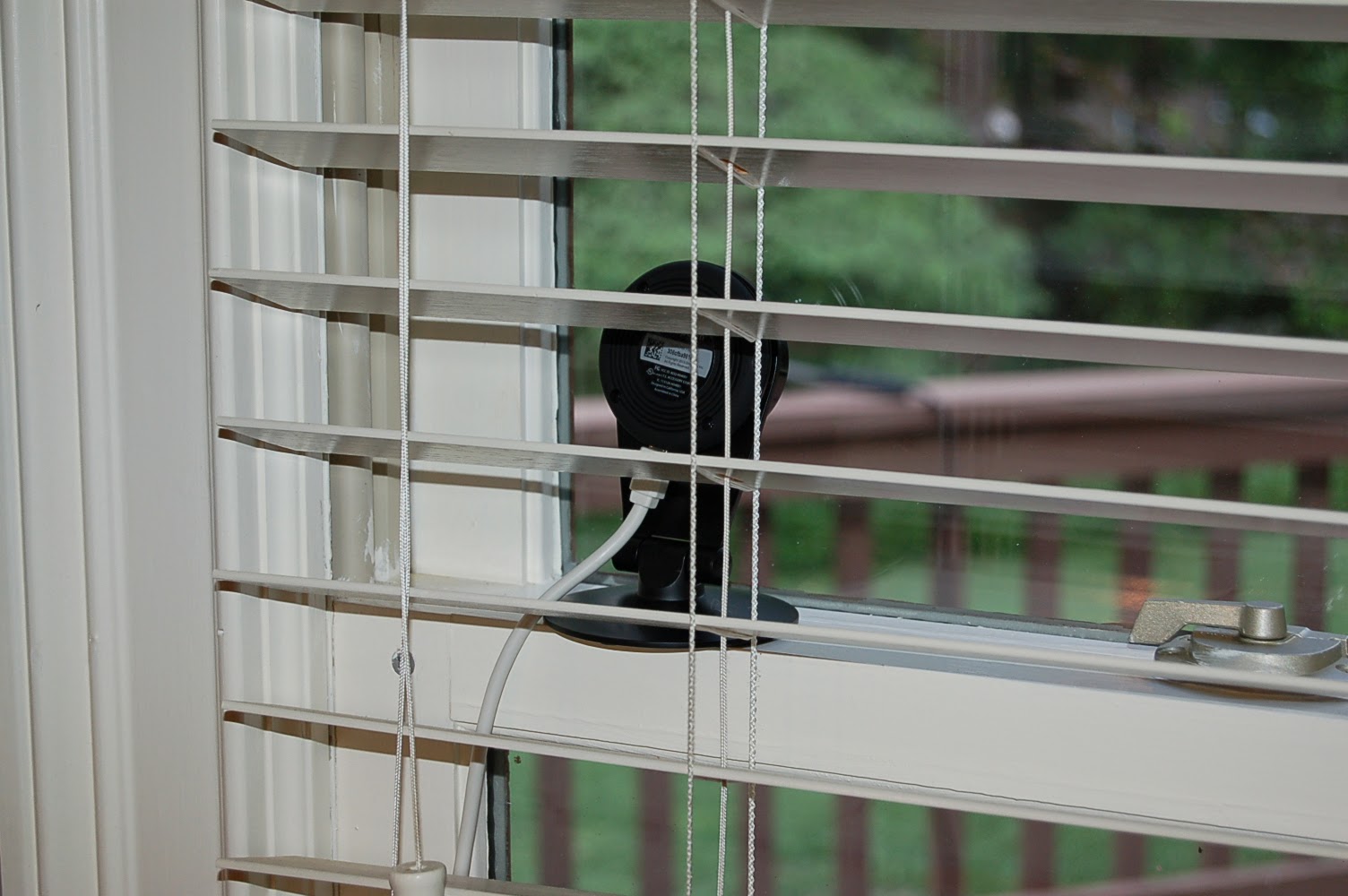 Here's a view from the outside looking in. 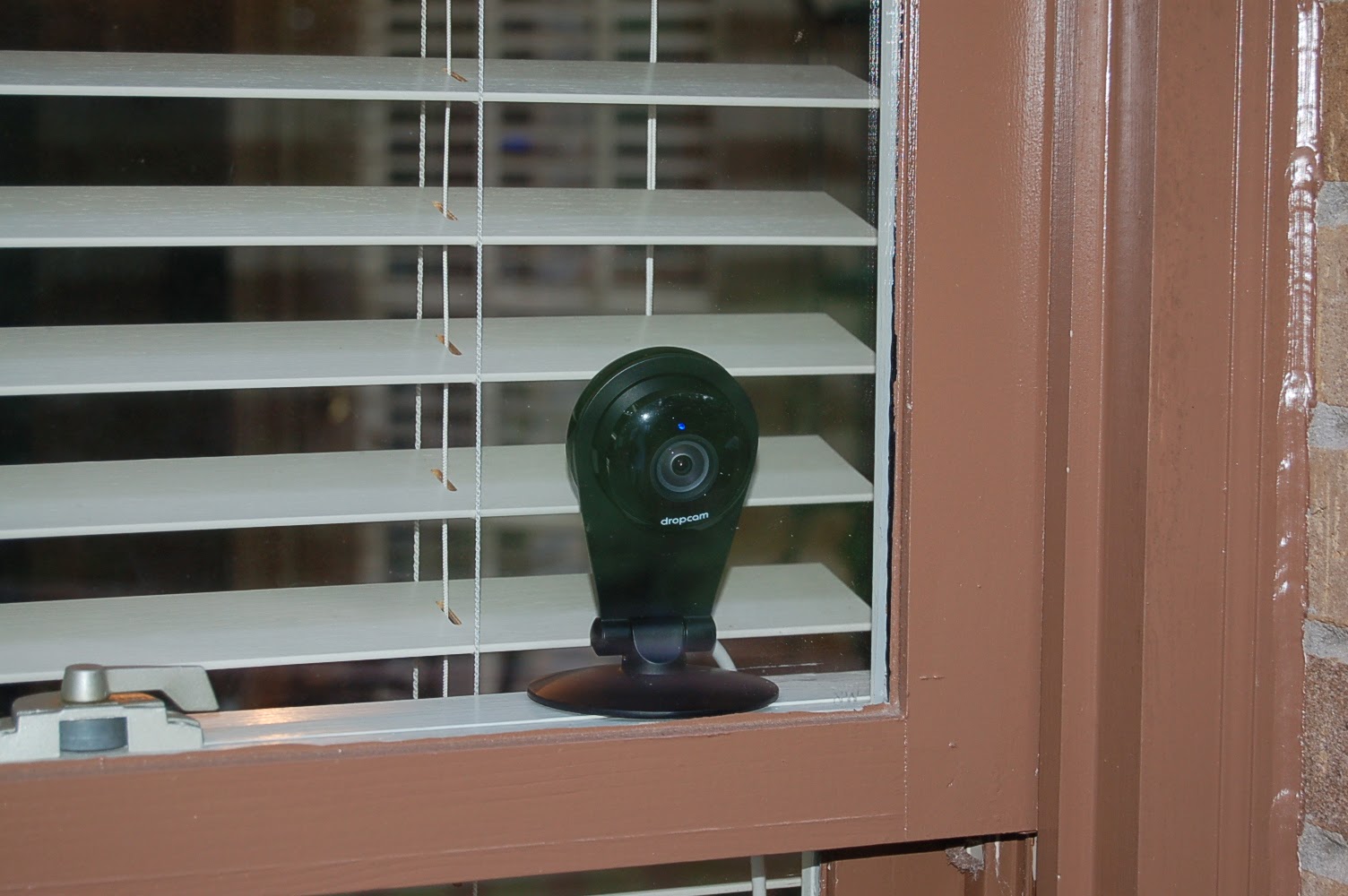 With the camera connected to my laptop I created a Dropcam account and easily setup the camera to record like I want it to.  When I say "easy", I'm not kidding!  It took 5 minutes. 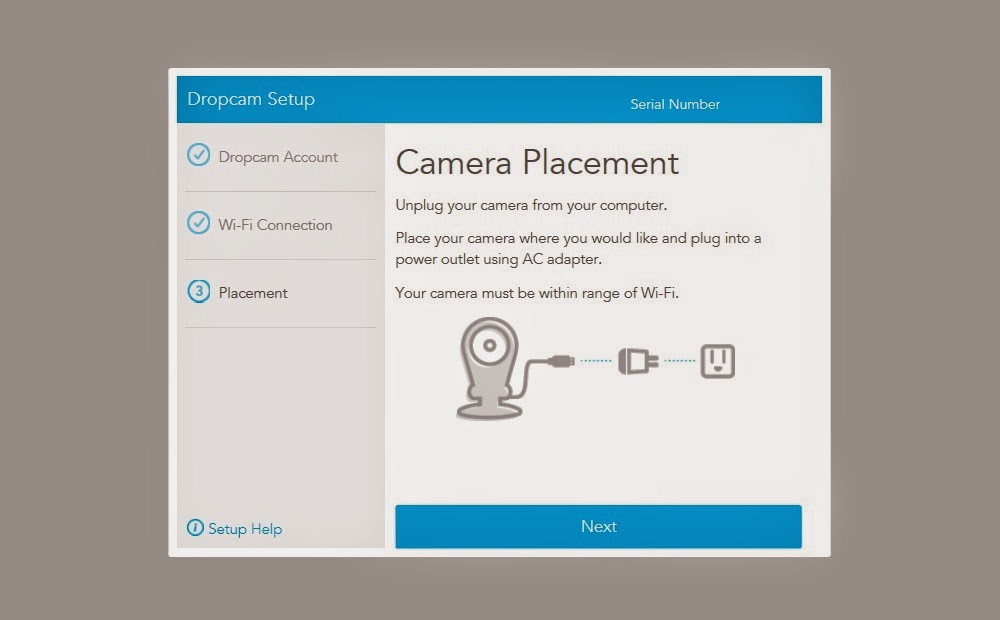 The camera interface is shown below with the settings and sharing menu options on the upper right.  Changes to the settings are are easy to do and take only seconds. 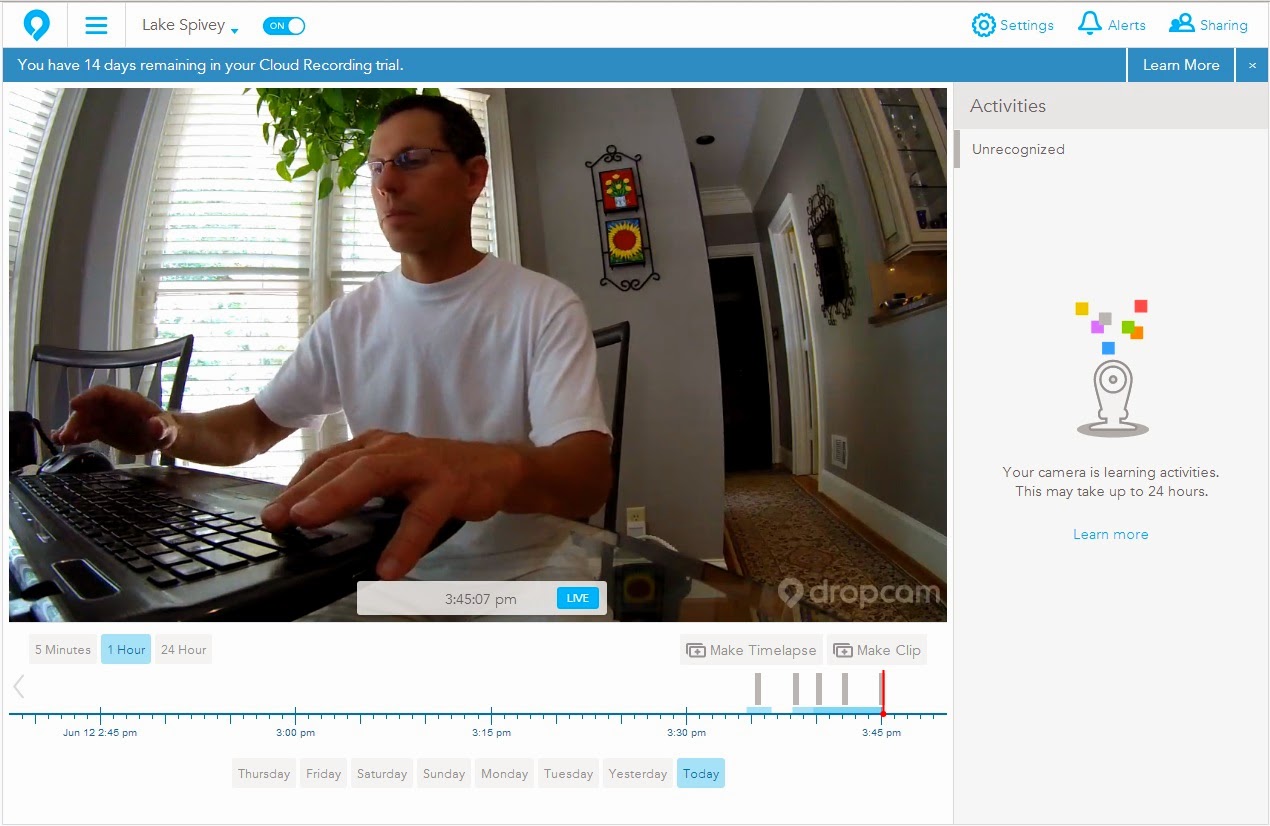 After I got my settings where I wanted them I used the embed script from my Dropcam account to embed the camera video in the new Lake Spivey Civic Association Website. 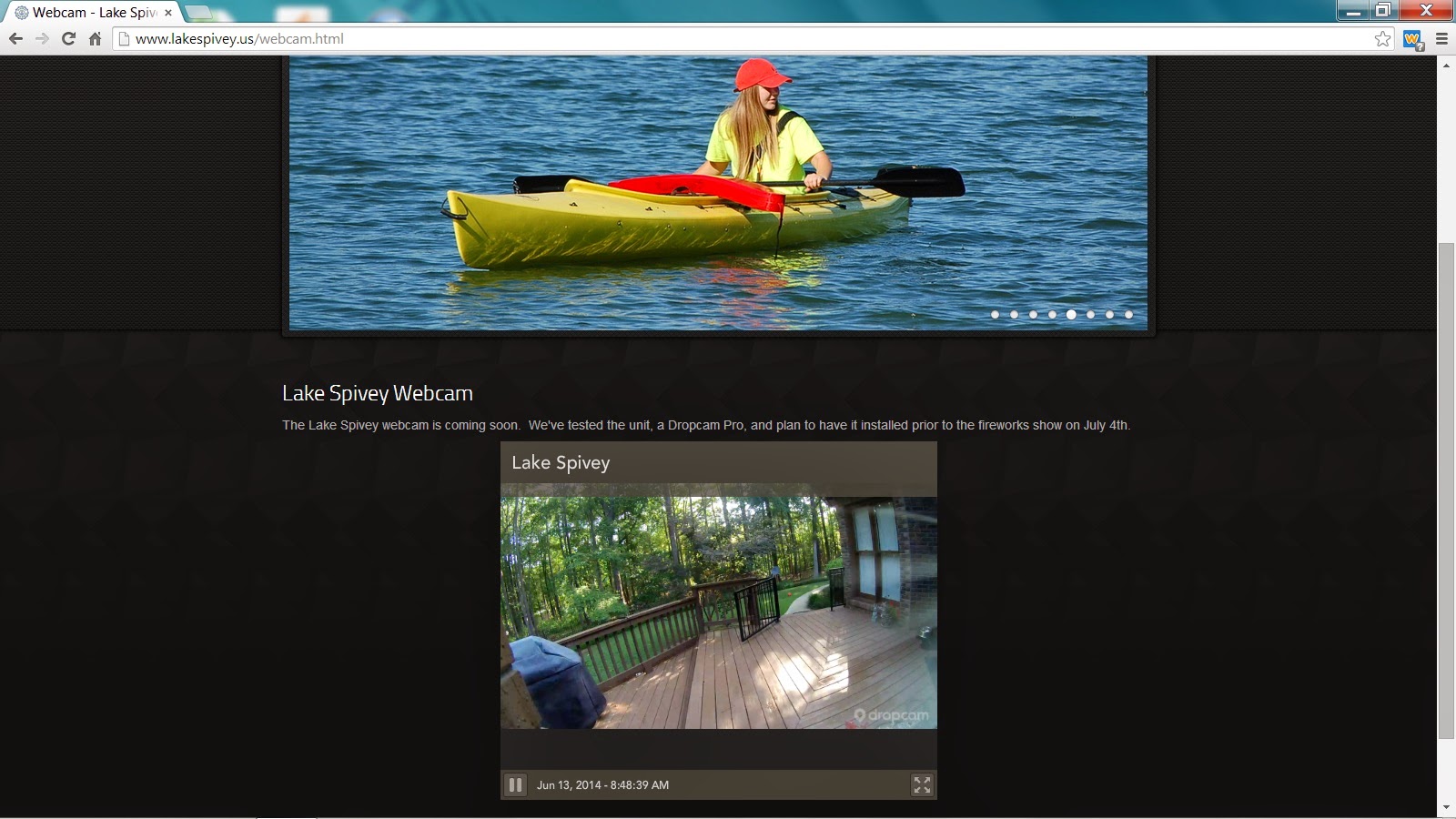 That was all there is to the setup.  I can move the camera to anywhere there is a power outlet nearby and it is still within WiFi range.

The test is now complete.  The next step is to move it to a location where the camera will overlook the lake.

Here are some points worth noting. 1) the camera base appears to be anodized aluminum - well constructed (not plastic), 2) setup was super easy, 3) I'm still using the free 14-day trial cloud recording account.  There are two cloud recording options offered by Dropcam.  I haven't purchased either yet.  The 7-day recording account records 168 hours of video and the 30-day account records 720 hours of video.  They cost $9.95 and $29.95 per month, respectively.  There is a nice discount if you purchase the entire year's worth of recording, 4) the video is 720 not 1080 but it still looks great on my laptop and cellphone, 5) there is about a 12-second lag time between recording and display on the website.  That should be expected, 6) the system can be configured with several cameras, 7) it has audio capability which I have disabled, and 8) there's an App for that.

Update 6/30/14:  The camera has been installed in its final location overlooking Lake Spivey.  See it here.