My replacement Garmin Virb Elite camera arrived yesterday.  It's in the small box below.  The other box with the hole in it contains a thin LED light fixture.  It was not damaged.

The smaller box contained my camera.

I had already purchased the accessories below and did not return them with the camera.

My first camera was sent back to Amazon.  You can read about that experience here.  I have to admit though, this one was on me!  When my replacement camera arrived I had the same experience.  For hours I fiddled with it but again, I couldn't get my computer to recognize the camera.  I installed the Garmin drivers on my computer, re-installed the drivers, uninstalled hardware, tried a second computer, but my results were the same.  Eventually I pushed the microUSB cable into the slot with significant force and it seated properly.  All along I hadn't been inserting the cable end completely.  It was so small and I didn't want to break it.  I didn't realize that it would take so much force.  Couple that with the fact that the mating of the jack and plug are hard to see with the rubber flap right on top and my frustration factor was high.

I tried the Garmin WebUpdater hoping that it would find something.  I was mistaken, it didn't.


...and after the cable was fully inserted.  Shazam!  Where have you been little fella?  I've been looking for you for quite a while.

Now that the hard part was done, it was time to step back and survey the landscape.  You can't buy a Garmin camera without first comparing it to a GoPro.  The first thing that you'll recognize is that the Garmin is much larger than the GoPro, especially when the dive case is included in the mix.  Comparing "apples to apples" would be using the using the dive case on the Garmin Virb and the regular case on the GoPro.  No one uses the GoPro without the case.  So, lets look at the weight of these items separately and together.

The Garmin Virb Elite camera alone weighs in at 6 1/4 oz.

The standard camera mount itself weighs in at 2 5/8 oz.

The Garmin camera and standard mount together weigh in at 8 7/8 oz.  The two combines should weigh 9 1/8 oz but you get the picture - about 9 oz for the camera and mount.

The dive case adds a new dimension to the equation.  It's physically larger and noticeable heavier than the standard mount.  It's not the type of thing that I'd strap to my bike helmet and ride with for 3 hours.  I will use it though on the kayak and that's why I bought it.  I also plan to use it to get some action video of skiers and wake-boarders on the lake this summer.  Of course I'll have to put it on my bike too - handlebars - not helmet.

The camera and dive case combined weigh in at a hefty 11 1/2 oz.

Here's a little bit more information about the dive case and a few more pictures.  The on/off sliding switch doesn't actually penetrate the case.  Instead of a physical connection, the folks at Garmin decided to use a magnet to activate the unit.  You can see the cylindrical magnet centered in the image below.

The lens end of the camera is positioned in the dive case using tabs on all four sides of the lid.

The camera is attached to the standard mount with 2 small spring loaded tabs and a fixed tab at the center.

The tabs attach to the camera just below the lens.  There's also another slot on the back of the camera.

At the rear of the camera are the two cable connector slots.  There's a micro-HDMI slot shown in the image below on the left and a microUSB slot shown on the right.  That's the bugger that was giving me fits.

Inside the camera you'll find the removable battery.

Below the battery you'll find the microSD card slot which is shown below with a microSD card already installed.

The camera is charged and turned on.  You'll notice that the image on the display is quite dull.  That's about as good as it gets.  It should be fine for centering a shot.

The image below shows what comes with the dive case.  Garmin included several small desiccant squares.  I suppose those are to counter any fogging that might occur as the camera heats up during use.  In fact, that's exactly what the documentation says.

In my opinion, the Garmin is the best camera for my needs.  The reason that I chose the Garmin over the GoPro is the added features including in the Virb.  The small but usable LCD display, GSP capability, Garmin heart-rate integration, as well as, the ability to integrate speed, elevation, etc.  It not only creates a video of whatever activity but actually creates a video diary as it happens.

I can't wait to get outside and use it. Until then another video and picture of my dog will have to do.   Together they should give a good indication of overall image quality.


You might notice that my grass looks like crap.  That's because we had about 55 trees taken out and the grass has yet to recover.  Atlanta - City of Trees! 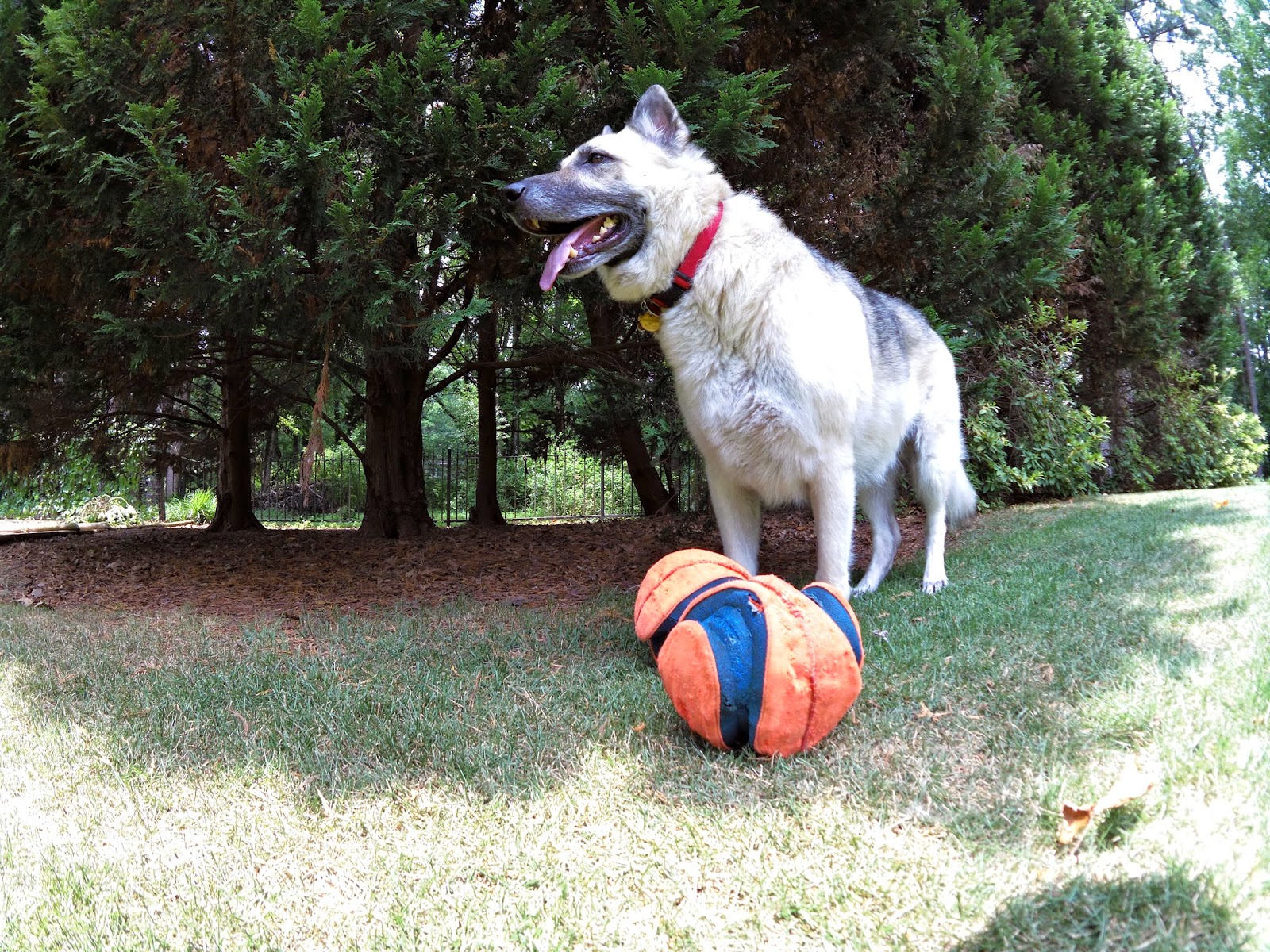