You may recall in March I was trying to create a custom triathlon kit for a team of coworkers and I that are all doing Ironman competitions this year.  My blog was Custom Triathlon Team Kit Design.  Since March I've been working with the designers at Champion System to create something cool that we'll all want to wear.  During this time we've picked up a sponsor, the Charlie Bates Solar Astronomy Project (CBSAP).  Stephen Ramsden, an air traffic controller and avid amateur astronomer, created the CBSAP as a vehicle to teach kids about astronomy.  The project is named after Stephen's friend and coworker, Charlie Bates.  Charlie passed away a few years ago. 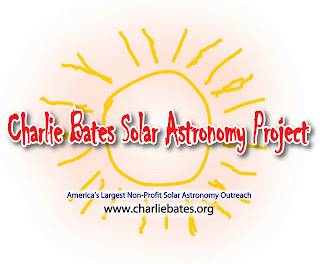 The blog header image of the solar eclipse with the moon and the sun's corona was taken by Stephen.  This is an enhanced image because during an eclipse the moon is typically just a black circle looking like something akin to how a black hole might appear.

This image will grace the back of our tri tops and jerseys.

The front of the tri tops and jerseys will feature an enhanced image of the sun with solar flares.

I added a silhouette of the Atlanta skyline at the bottom of both tops, front and back.

Stay tuned for the official unveiling in a month or so.

Thanks for reading.
Posted by Unknown at 2:18 PM