I've decided to do the 2013 Ironman Augusta 70.3 triathlon on September 29th.  This will be my third attempt at this race.  I participated in the 2010 race completing the course in 5:01:54.  It was my first 70.3 triathlon and my best 70.3 finish time to date.  I competed again in 2012 when I had a less than stellar performance.  Actually, I was doing very well until the run when things just went to hell in a hand basket.  I finished in 5:11:12.  I don't look back at my 2012 Augusta performance favorably.  I took a 10 minute surplus coming off the bike and turned it into a 20 minute deficit during the run.  I think I've learned from that experience and the two other 70.3 triathlons that I've done since then.  The others were the 2012 Ironman Miami 70.3 race and the 2013 Try Charleston race.  Neither of which were great races for me but, especially following Charleston, I had plenty left in the tank.  Wait, that might be an overstatement.  My tank was actually empty since I threw-up but physically, after throwing-up, I felt great.

My 2013 Augusta plan is all ready to go.  Since I'm already planning on doing the 2013 Ironman Florida race on Saturday, November 2nd adding the Augusta race a month before shouldn't be a big deal.  This will be my second IMFL race.  I competed in 2011 too.  They say Augusta is a good warm-up for the full 140.6 race.  I hope that's the case.  Unfortunately, I'm another year older and there's a whole new crop of 50 and 51 year old guys to contend with.  Ah, youth!  It's all about perspective I guess.

This year the Southern Crescent Cycling club will be well represented at both the Augusta 70.3 and the  IMFL 140.6.  This is good because it gives me plenty of people to train with and to push me.  My 20-week Augusta plan will start on May 13th and my Ironman Florida plan on June 16th.  Either way, 20 or 24 weeks out I should be ready for the full distance race when it arrives.

So, the plan is ready and my body feels fine.  What about my equipment?  I've been thinking about that a lot lately.  Where can I gain the 37 minutes I need to get to Kona?  I think it's gonna have to be a little here and a little there.  Clearly, I've improved my cycling.  My average speed on what might have been a course slightly shy of 56-miles was 21.9-mph, bike time 2:33:24.  Although the course was pancake flat that's considerably faster than my 2010 Augusta 70.3 bike time of 2:43:26.


I think I can expect to cut 15 minutes off of my bike time from 2010 or 5 minutes off of my 2012 time of 2:35:34, barring any mishaps of course.  The run will depend upon the weather and whether or not I've spent all my energy on the bike.  I know I'm capable of an 8 minute/mile run pace off the bike.   The swim, there's plenty of room for improvement there but I don't know how much effort I should put into it.  Especially, knowing that just so long as I can make it out of the water in close to 28 minutes I'm good for the day.

We'll just have to see what 2013 has in store because when it's all said and done Augusta is just a training day.

Thanks for reading.
Posted by Unknown at 8:37 AM 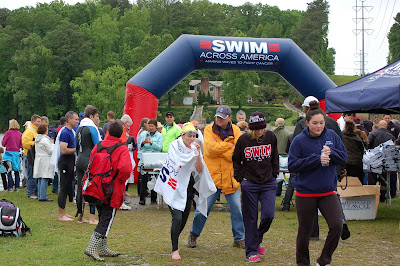 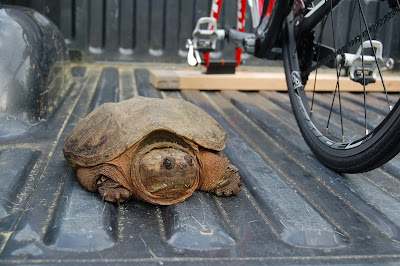 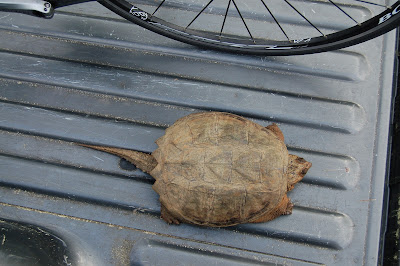