I call this ride the "everything" ride because it seemed like everything happened during this short Friday late morning/early afternoon ride.  At least it was more eventful than most rides.  The ride started at around 10:30am on Friday morning.  My training plan called for a 4 hour 30 minute ride.  Susan recommended that I find someone to ride with.  I called a friend and posted something on Facebook.  My fellow Southern Crescent Cycling board member and riding buddy Isabel was also looking to put in some miles.  We met at the Trek bike shop in McDonough.  Our plan was to ride to the Trek shop in Peachtree City and back.  We'd ride the same route as the Trek from Trek to Trek Customer Appreciation Day Ride that we'd ridden earlier in the year.  The total distance is about 60 miles.
As Isabel and I enter the bustling metropolis of Woolsey, Georgia we saw a fawn that had obviously been hit by a car.  As we rolled up beside her she tried to run but her injuries were too much.  She couldn't stand and her powerful back legs caused her to flip and flop in the grass like a fish out of water.  We stayed with her for quite a while.  The homeowner whose front yard the deer had probably laid in since early morning came out and spoke to us.  She called Noah's Ark, a Locust Grove, Georgia animal sanctuary most noticeably known for the adult lioness, black bear, and tiger who live as a family in the same enclosure. 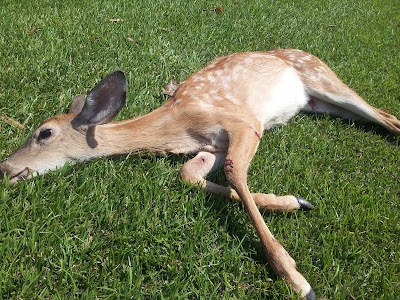 Isabel called 911.  The Fayette County Sheriff's Department deputy and a companion arrived at the house soon after.  They were both sensitive to the plight of this poor deer but after some discussion it was decided that the deputy would put her down.  Isabel and I rode off before the act.

We made it to Peachtree City without any other incidents.  On the way back to McDonough and with only 3.5 miles to go I had a major blowout.  Thump, thump, kapow!   My back tire was trashed.  At first I set about trying to replace the tube but soon realized that with a 2 inch long gash in the tire it would be a waste of time.  I called Susan and she dutifully came to rescue us. 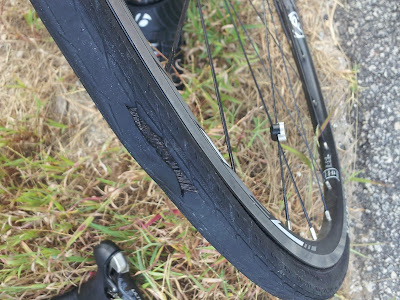 Temperature on the return trip to McDonough was about 88-degrees.  The humidity was in the mid-80's as well.   Isabel was likely suffering from the affects of heat exhaustion and ended up losing her lunch. 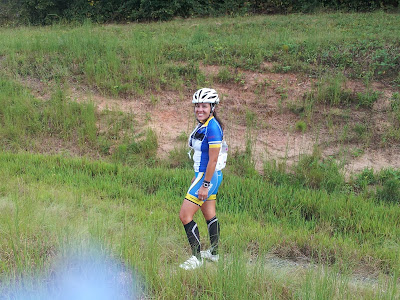 Isabel took the opportunity to throw-up along the roadside a second time.  Kudos to the residents of Henry County who stopped to offer aide.  Since Susan was coming to get us we declined the offers but it was surprising how many people stopped.  Thank you! 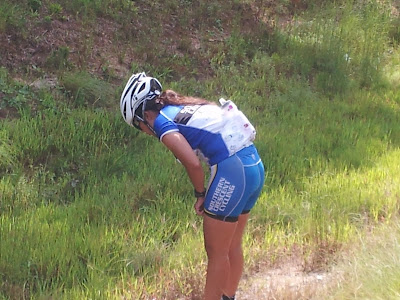 As we sat at the roadside, in the heat, the grasshoppers seemed to invade our bikes.  Isabel had a big one on her pedal and I had a small green one on my wheel. 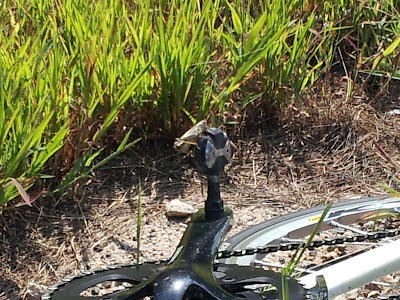 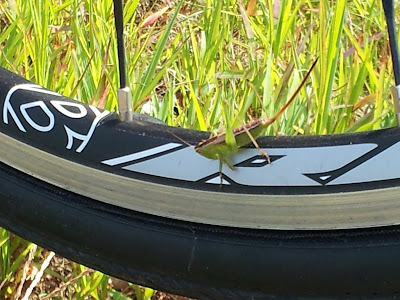 Susan met up with me soon after.  Isabel had already started off for the store but before she got there we picked her up on the way.
Overall it was a good ride.  Traffic on a Friday is a bit more than during other times of the week and it seems like everyone is in a hurry.  I didn't get the 4.5 hour training ride that I needed but with the Wilson 100 century only 2 days away it was probably best that I didn't overdo it.

Thanks for reading.
Posted by Unknown at 10:20 AM