A Saturday in Manhattan

Some friends and I decided to take a day trip to New York City.  The plan was to drive from Egg Harbor, New Jersey, park near Toms River at the NJ Transit Bus Terminal, and take the bus from Toms River to the New York City Port Authority Bus Terminal.  From the port authority we'd take the subway or walk to the 9/11 Memorial Museum and other sights.

Our day started at 6:00 a.m.  We took the 7:00 a.m. bus from Toms River.  Even with a cost of $39 per person round trip, the bus was definitely the way to go for our group of six.  The ordeal of paying for tolls, parking, and the anxiety of trying to drive into the city would have been overwhelming.  It would have put a real damper on the excitement of our adventure.  Instead, the stress of driving and navigating was replaced with members of our group discussing where we wanted to go and how we would get there.  In other words, the stress of driving to the city was supplanted by the stress of getting around inside the city.

The bus route took us north on the Garden State Parkway through Newark, New Jersey, into and out of the Holland Tunnel and into the city.

From the NYC Port Authority Bus Terminal we hopped on the subway train toward the 9/11 Memorial Museum.

As we neared our first stop, the 9/11 Memorial Museum at One World Trade Center I took a picture of the new tower.  The building is so tall that I wouldn't be able to show the entire building if I were any closer.

As we entered the trade center area we could see the first of two huge reflecting pools.

Entry into the museum is timed.  We arrived there at around 9:30 a.m., just in time for the 10:00 a.m. showing.  A long line of museum-goers quickly massed behind us.  Inside the museum we found the periphery dominated by exhibits about the structure of the former towers.  The center portion of the museum featured items from the impact sights and the victims of the tragedies in New York City, Washington DC, and Shanksville, PA, and news reports from the day of the attacks.  The last part of the museum focused on the terrorists themselves.

From the museum we headed toward Battery Park passing by the Charging Bull in the financial district.  The bull's polished face and horns (and balls) had obviously seen a lot of attention from tourists.

At Battery Park I grabbed one of the famous New York hot-dogs from a street vendor.  Some of my friends bought pretzels.  Without fail we all agreed that respectively they were the worst examples of food that we had eaten in some time.  My $3 hot-dog was so small it looked like something akin to a pink pencil.  This less than ample wiener had likely been placed in its vat of soupy brine sometime in the Spring.  Unfortunately, I had the misfortune of eating the tasteless and texture-free big city staple.  I flushed it down with a delicious Coke.  The pretzels were reportedly very dry.  Their faded appearance seemed to indicate that they had spent too many hours, days, and weeks in the Sun.

It was our good fortune to have planned our trip prior to leaving Egg Harbor.  We had ample emergency snacks, and bottles of water to make it through the day.

From Battery Park we could see One World Trade Center, the Statue of Liberty, and Ellis Island.

From Battery Park we hit the subway again.

Our subways trips were punctuated by lots of walking.

Our tour took us north.  Somewhere in there we saw Time Square, Radio City, and  Rockefeller Center.
The weather forecast called for rain starting at 3:00PM.  It did not disappoint! The rain started as we sat planning our next destination.  Most of us had planned ahead and brought ponchos or umbrellas with us, if not, a cheap umbrella can be had on almost any street corner for as little as $5.

We entered Central Park near the southeastern corner.  As the rain continued to fall we made a quick u-turn and retreated back into the city.

Our group took a break from the rain and ate some lunch at Fresh & Co.  The food was good and not expensive.

After lunch we continued our walking/subway tour of the city.

Here are some of my observations from the day. Everything seems to cost $30, or at least more than $20.  The 9/11 memorial Museum was $24 for me because I didn't think to ask for a veteran's discount.  Two of my fellow travelers did ask and they received a $6 discount, no ID required.  The observation decks at Rockefeller Center and the Empire State Building both cost almost $30.  Since it was so cloudy we didn't do either.  The city is full of sights, sounds, and smells, good and bad.  The rich seem to live here among the poor, they just live better and higher.  The streets are so noisy.   Horns honk all the time.  The smell of food wafts through the canyons of steel and concrete... and then there is the trash.  It is everywhere!

In summary, I couldn't live there but I think I understand why people do.  In the course of half a day we heard so many different languages.  Tourists and residents swarm the streets, vendors sell their wares, people handout flyers, all the while cameras capture only a fraction of what is happening each moment.

We departed NYC on the 6:30 p.m. bus and finally arrived back in Egg Harbor tired and sore at just before 9:00 p.m.

See all our pictures here.

Update:  I forgot to mention the cellphone app I used when I was at the 9/11 Memorial Museum.  The official app is FREE.  The museum requires users to wear headphones when listening to the narrative. 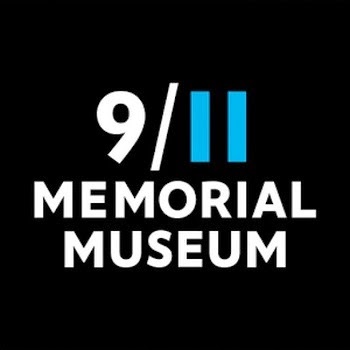