I'm back in New Jersey and after a 2 week hiatus from travel and running.  I did run 4 miles during the past 2 weeks but it's hardly worth mentioning.  I was actually repainting the 15K course mile markers for the race near my house on November 8th and the time got away from me.  By the time I started my run it was after 12:30PM and the temperature had climbed into the 92-degree range.   Garmin says it was 84-degrees but they're wrong.  I only had 4 miles in before I quit.

My pre-comeback run routine featured 20 minutes of stretching.  I had been experiencing some pain in my left knee for the past 2 days.  Since I hadn't been running I can only assume that my knee pain was caused by sitting on the couch.  Fortunately, I didn't feel anything of concern when I finally hit the road. 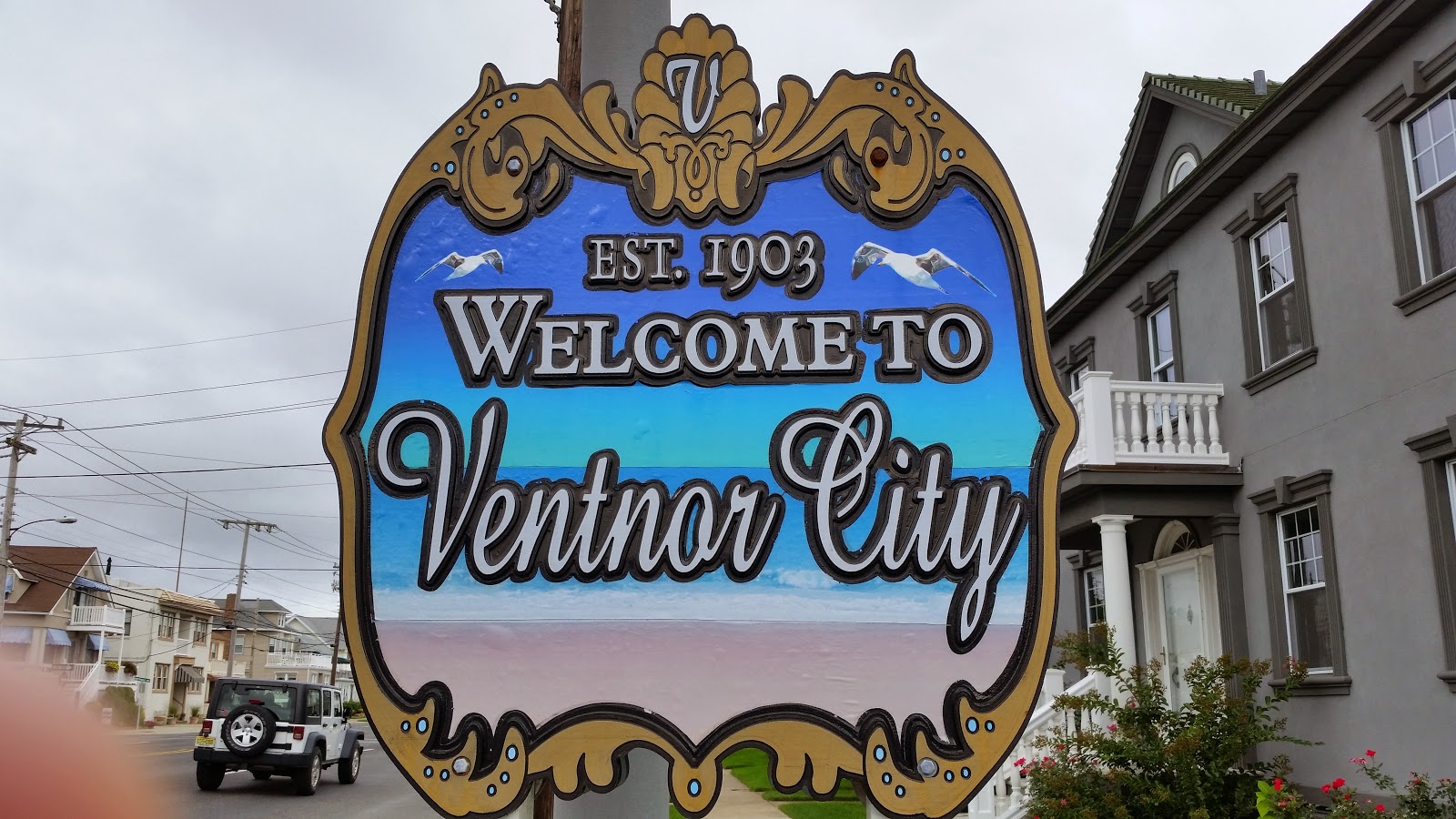 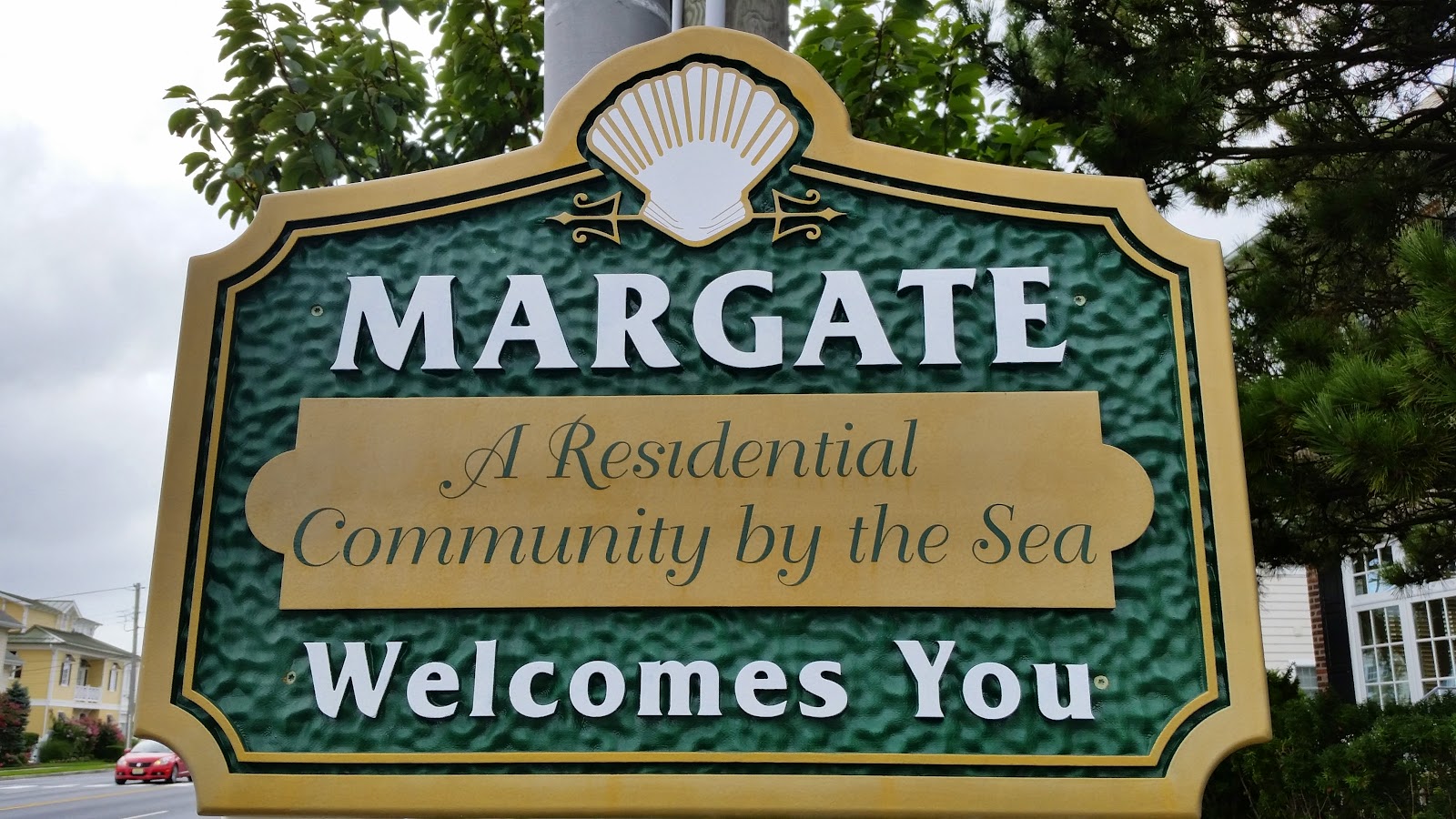 My route started at the Ventnor and Margate, New Jersey city limits.  Ventnor has the boardwalk and Margate has the bike lanes.  I ran south through Margate on Atlantic Avenue to the point where the road ends.  That was 5K.  From there I did a turn-around and headed back to the start for a full 10K.   The beach season is almost over so there were fewer runners and cyclists than I've seen previously.   It's still my favorite place to run in New Jersey so far.
The wind was strong from the northeast. I checked the AWOS site at Wildwood, NJ after my run thinking that it would better reflect what I was feeling than would the KACY site information used by Garmin.  I was right.  The difference was notable. The KACY site is located near the casinos and for some reason doesn't show the same wind speed as the Wildwood site.  Atlantic City showed a 10MPH wind and the Wildwood site showed a 17MPH wind with 24MPH gusts.  That's why the flags were standing straight out. 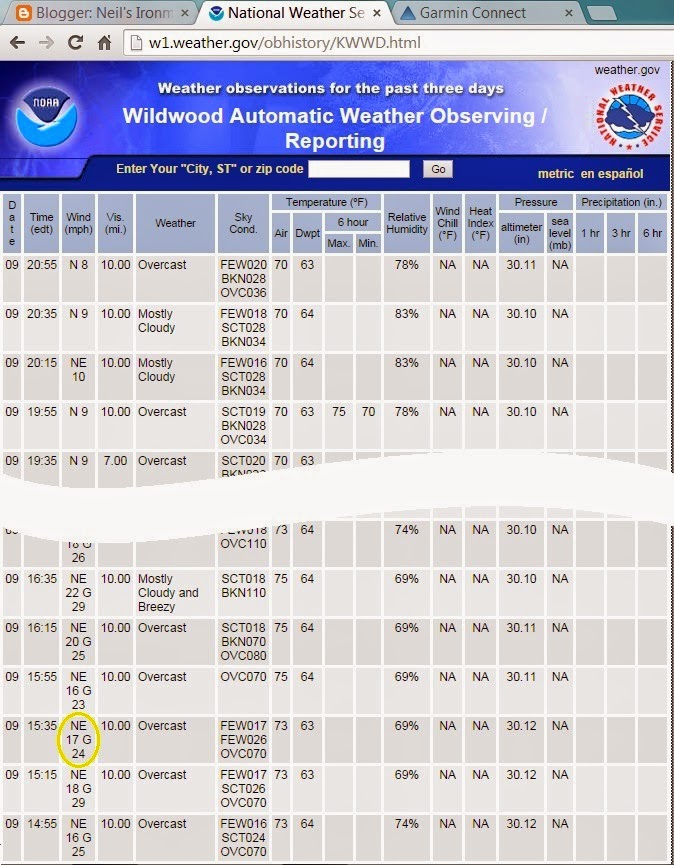 The wind obviously had a direct effect on my performance.  The first half of my run was with the wind and the second half was against it.  I should have hit the lap button on my Garmin watch at the 3.2-mile point so I could compare apples to apples or miles to miles, since I didn't, a comparison of miles 1 and 2 to miles 5 and 6 should best show the effects.  My heart rate between the two shows a difference of over 10 beats per minute.  Even with my increased heart rate my pace slowed significantly running against the wind.

They say drafting during a foot race can provide 5% in energy savings.  I didn't have anyone to draft behind during this run.

I think I'll submit this run as part of my "resume" for the Ragnar Atlanta Trail team.

The next day I ran from the same starting point going north on the boardwalk through Ventnor into Atlantic City and back.  It was again, 5K out and 5K back but this time I had some company.
It was a nice run too.  The weather was perfect.  The boardwalk had only a few people on it so late in the season.   It was only when we neared the casinos that we saw a concentration of walkers.

Thanks for reading.
Posted by treadster at 7:30 AM