Carpe Diem - Seize the day!  Susan and I spent a few days in Florida this summer.  We were there when Robin Williams was reported to have committed suicide.  We watched The Dead Poet Society a few days later.  It was my first time seeing the movie.  I’m not a huge Robin Williams fan, I really liked him in Good Will Hunting but Mork and Mindy never registered with me.  I guess I was more of a fan of his serious roles.  Mr. Williams had a real talent and will be sorely missed.

Susan and I brought our bikes and kayaks with us on vacation to Florida.  With so much gear we had to take the truck instead of our more comfortable trip car.  Usually we vacation in Florida in Destin.  The beaches there are the undisputed best in Florida.  The sand is whiter and the water is clearer in Destin than anywhere else along that part of the Gulf coast that I've seen.  That said, we decided to give St George Island a try.

From Atlanta we drove down I-75 before getting off the interstate in Cordele, Georgia.  In Cordele we stopped at Carter's Fried Chicken and Burgers for lunch.  That's where we were both reintroduced to gnats.  I spent the next several hours driving and occasionally pressed a finger to the windshield trying to squash a pesky gnat.  It took me about 3 hours to kill all ten or so of the little buggers.  Besides the gnats, there were the sand spurs, house flies, yellow-flies, and fire ants to contend with.  I got bitten, stung, stuck, or grossed out by all of them.  Bugs, along with the sand and humidity, are a given in Florida.

We arrived at the condo we had rented last minute to some disappointment.  The Villas of St George have been around at least 25 years, and they showed it.  After seeing the condo complex I remembered it from a long ago bike ride from Griffin, Georgia to St George Island.  I reminisced about that trip back in February of 2011 in my article St. George Island or Bust!  The Villas have one positive.  They're in a good location on the small island.  St. George Island has a tiny business district and the condos are within walking distance of its entirety.  The negatives of our specific condo were many but mostly it just felt gross.

The weather forecast was for rain and scattered thunderstorms throughout our stay in Florida.  It did rain some and on our second day there was a severe storm but all that eventually passed and we had plenty of good weather to do fun stuff.

My brother Keith and his wife Diane drove over to St. George Island from Jacksonville.  They spent two days with us there.  On our first day we rode bikes to Dr. Julian G. Bruce Saint George Island State Park on the east end of the island.  From our condo to the park and back was a 10-mile ride.

After our ride we went to the beach.  After the beach it was time to eat lunch at Eddy Teach's Raw Bar. 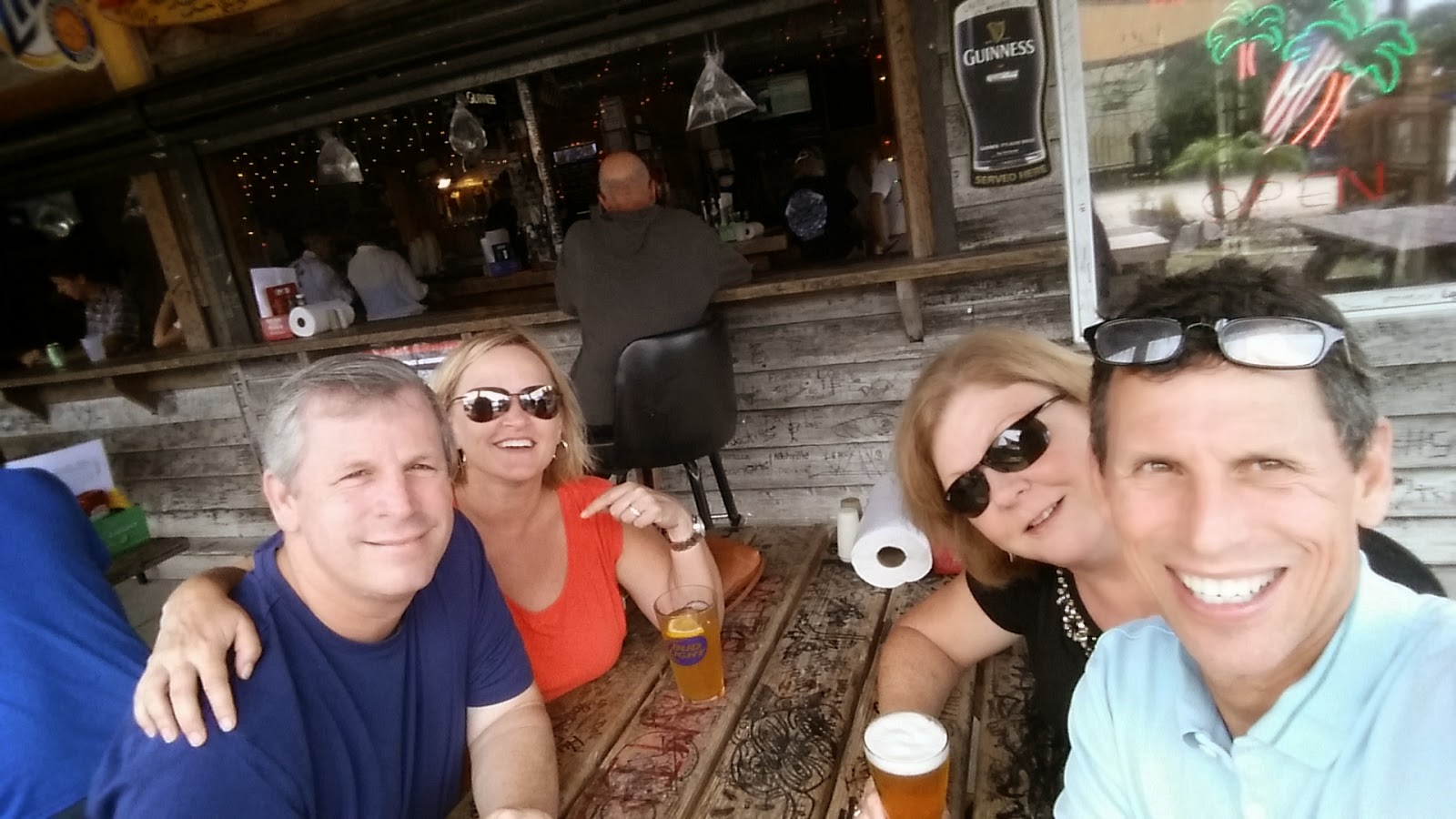 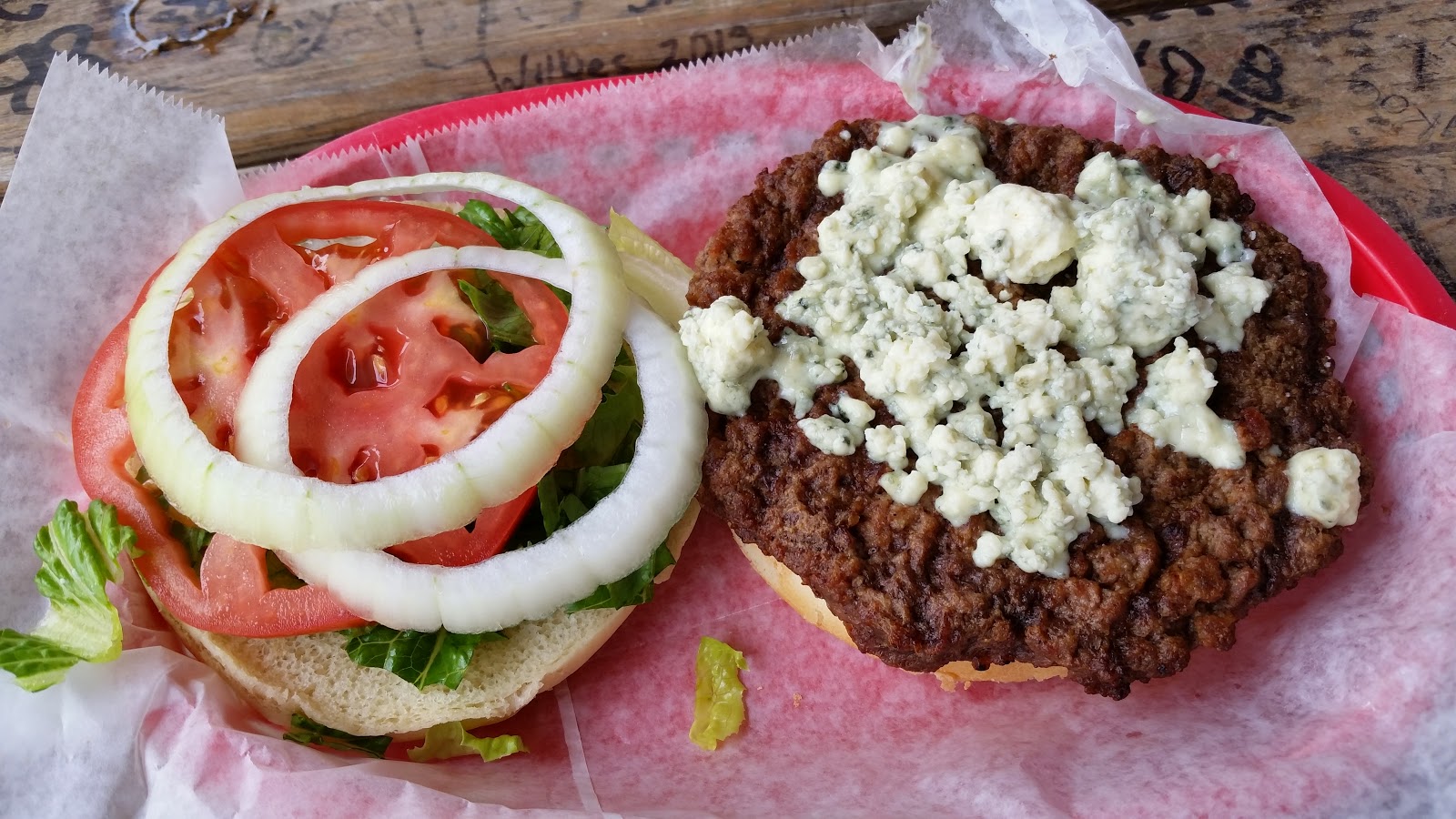 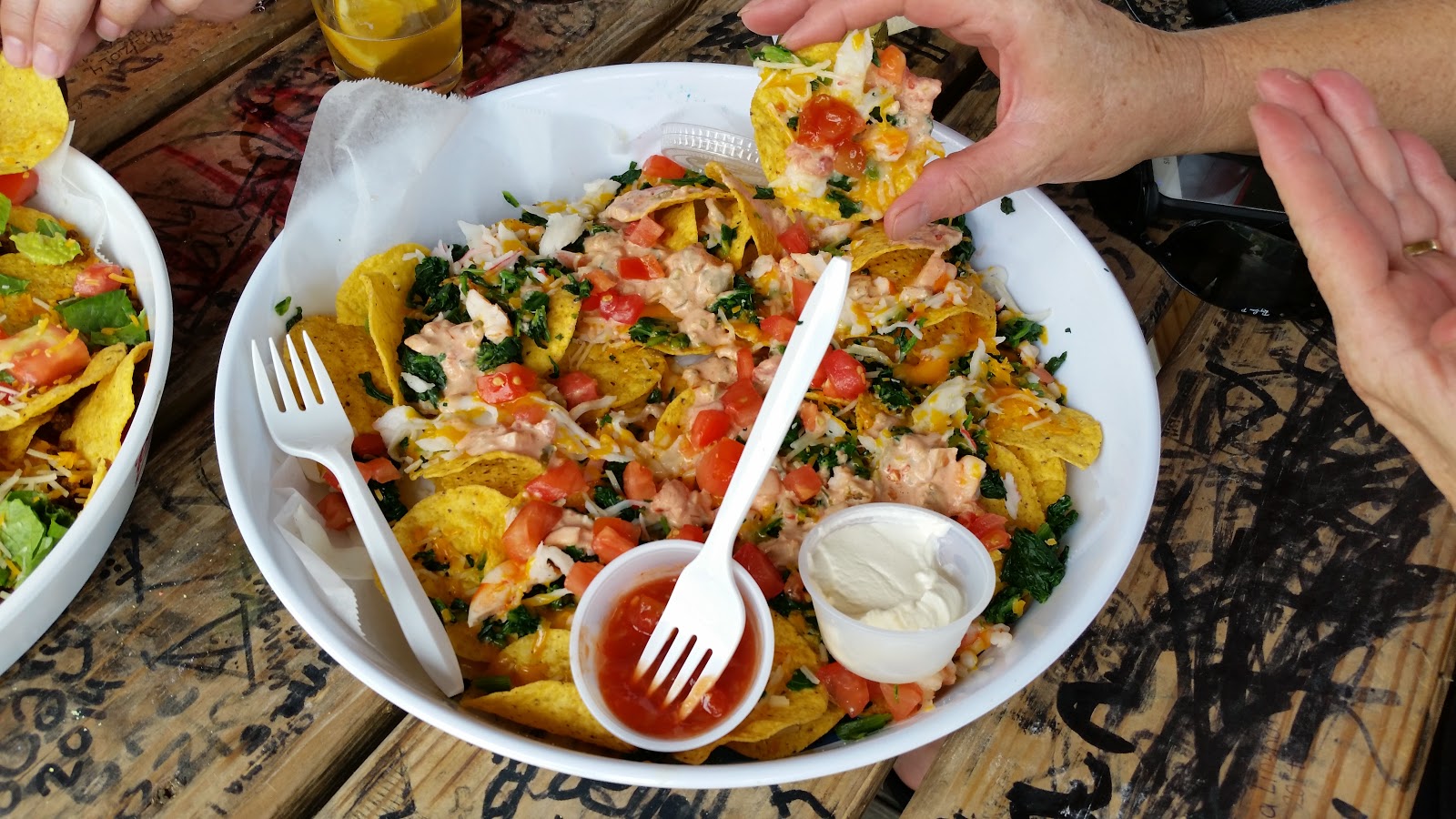 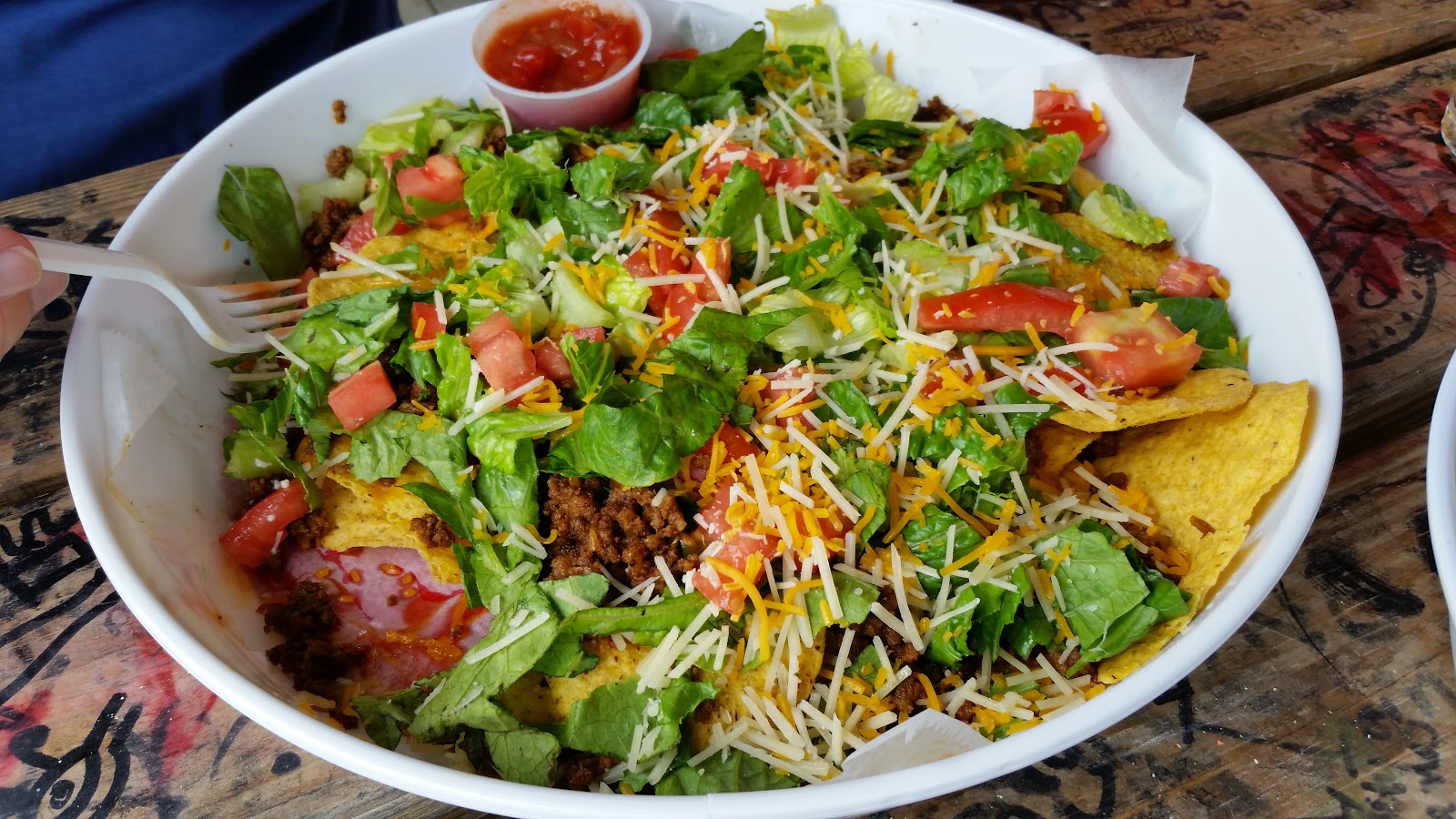 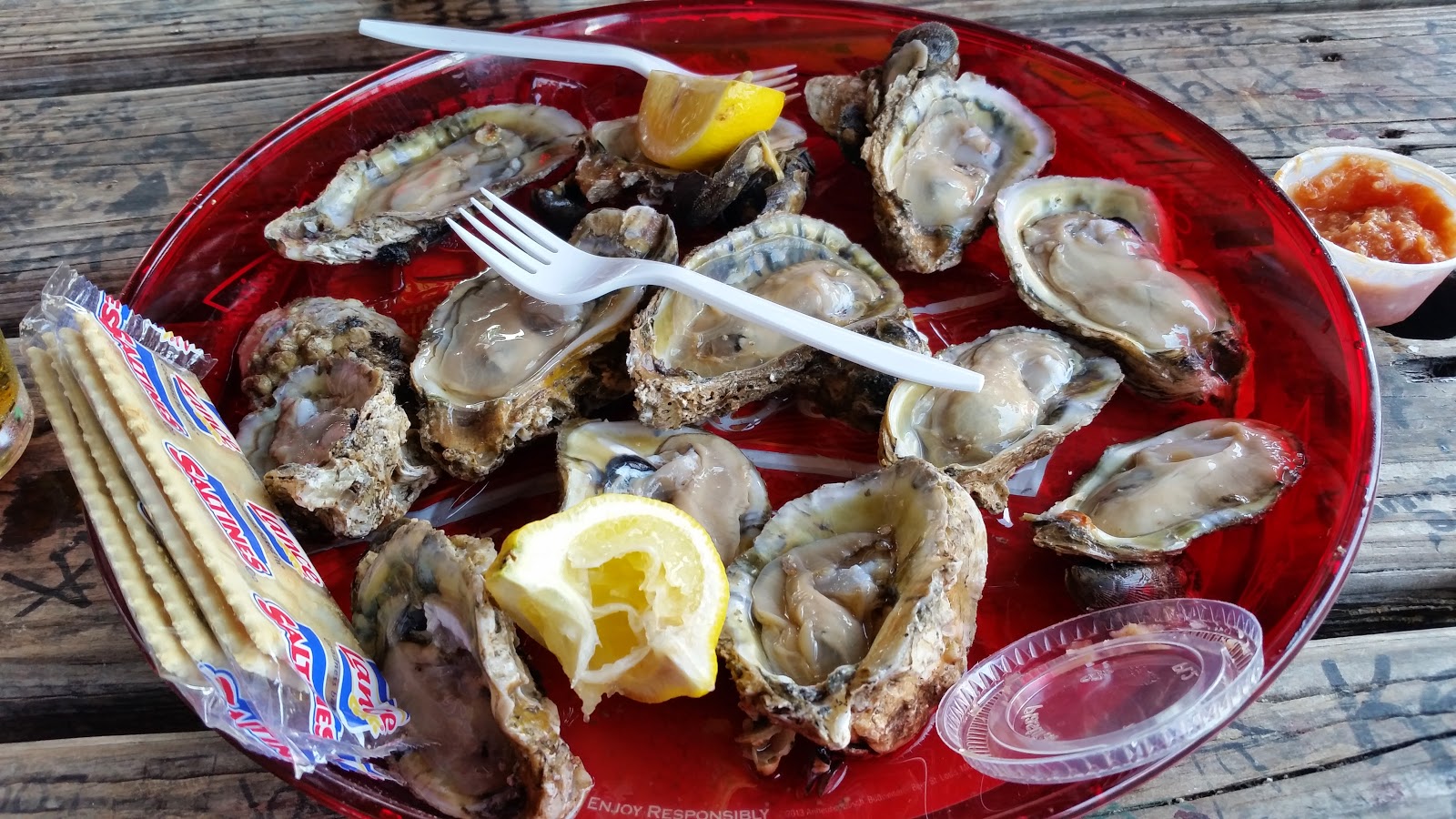 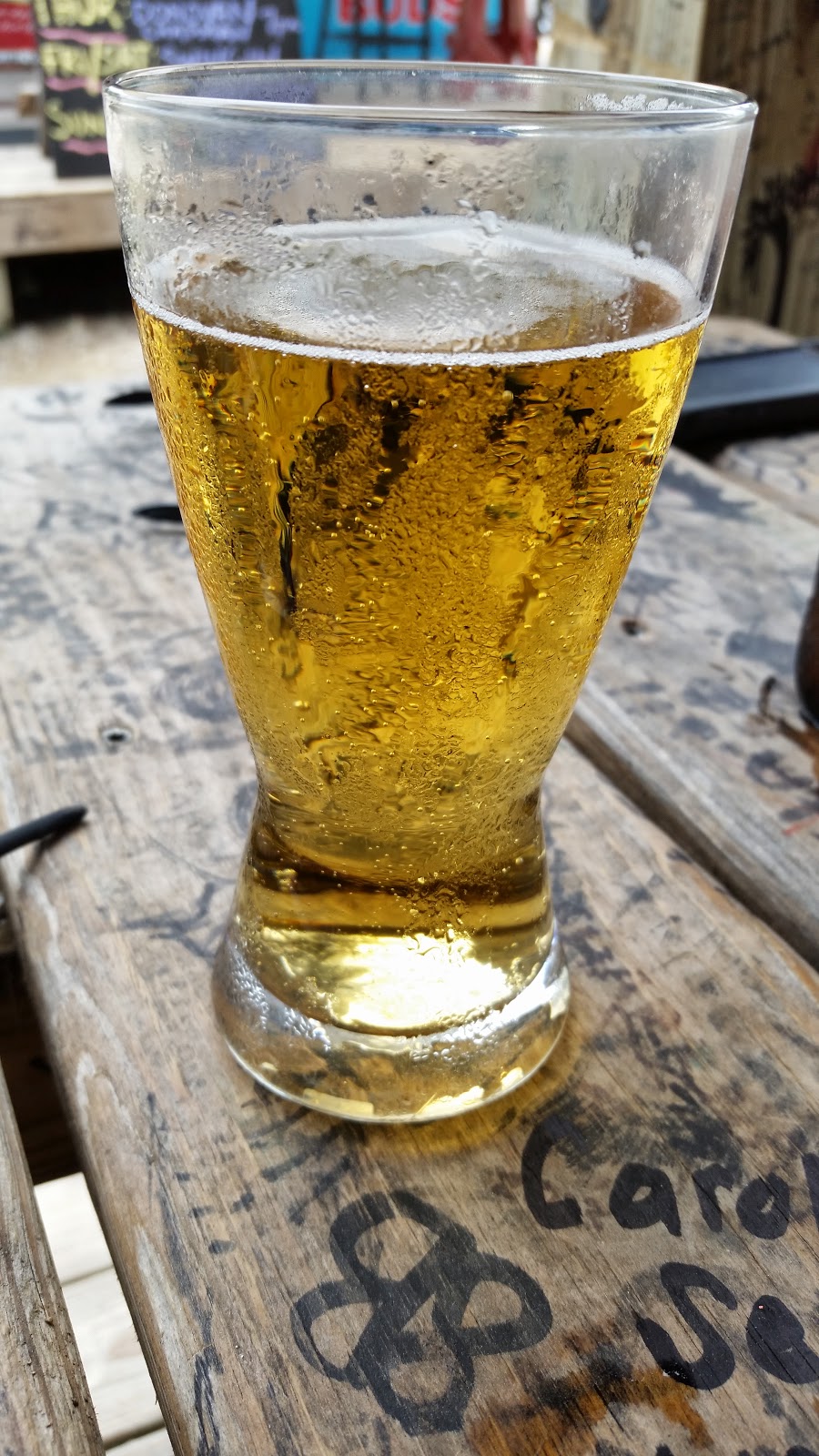 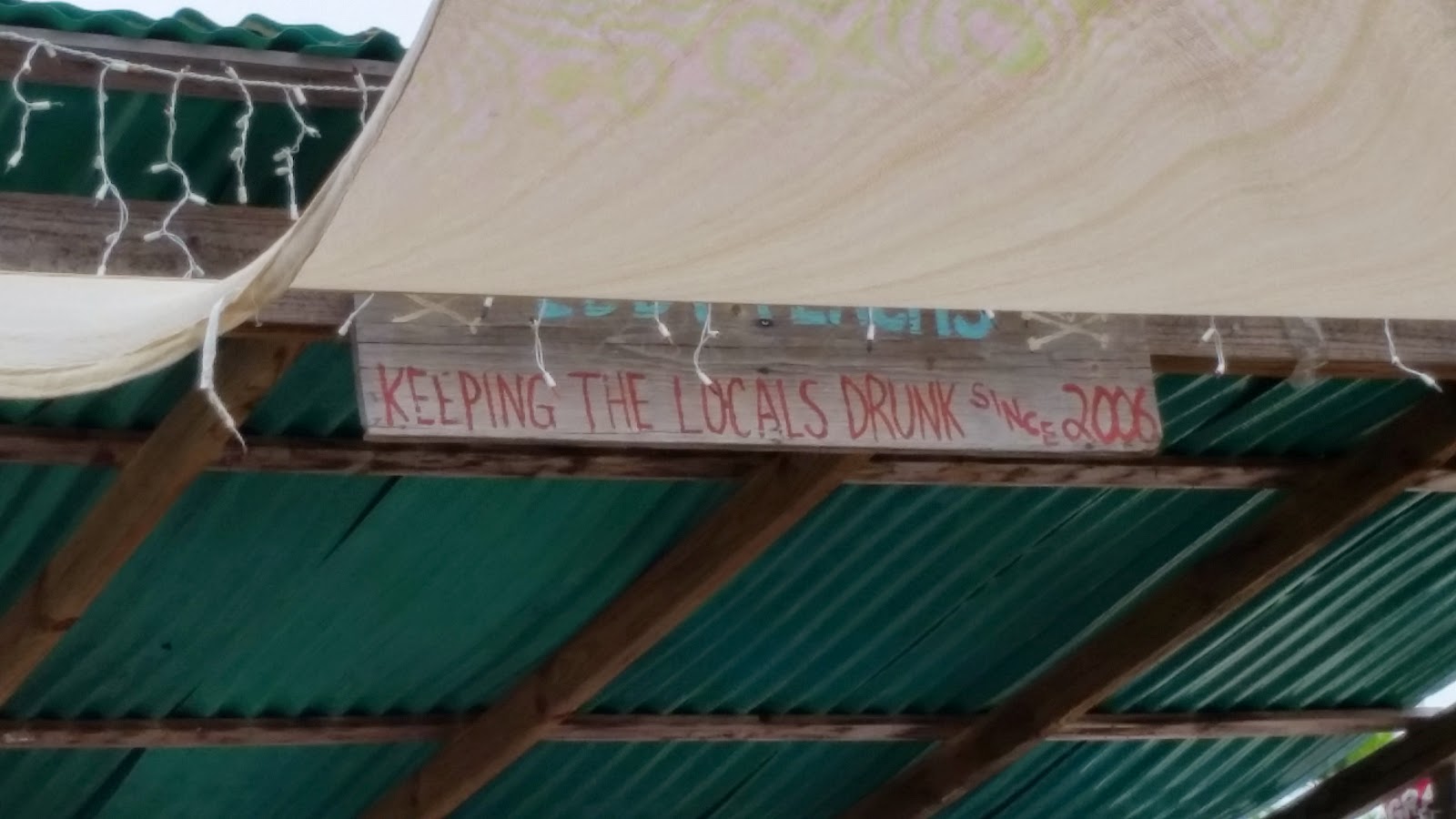 We also ate at the nearby mainland restaurants The Owl Cafe and... 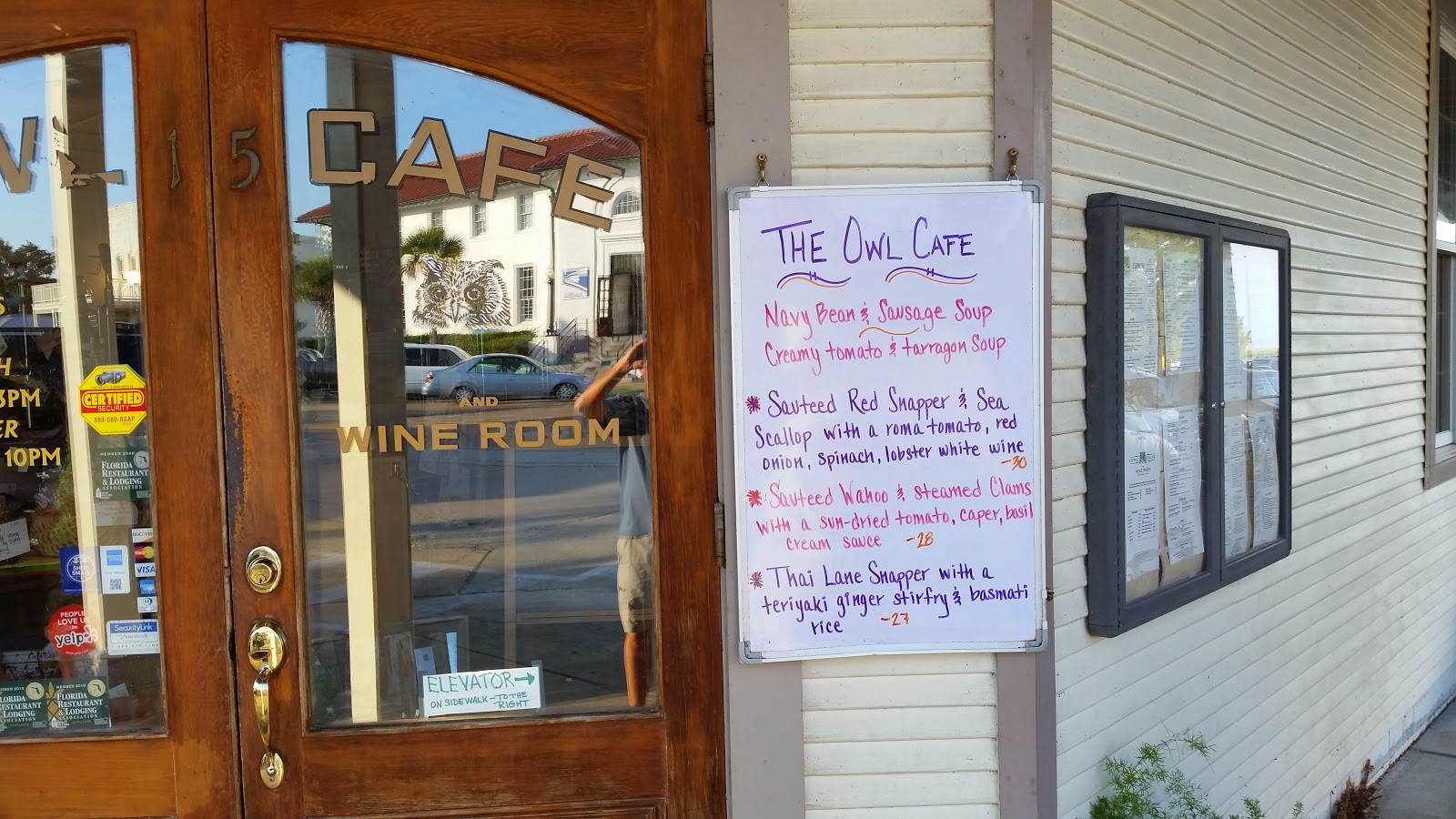 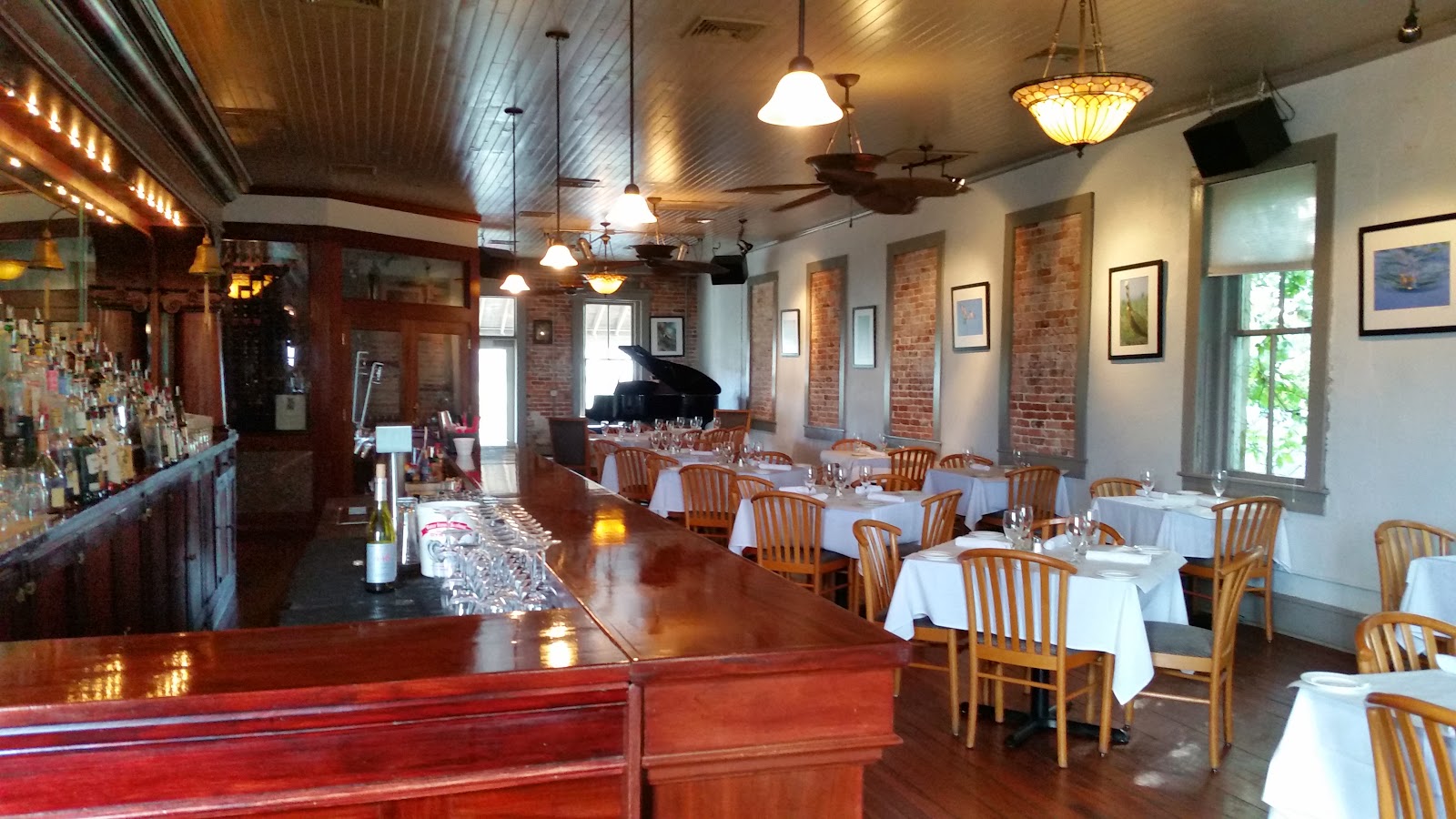 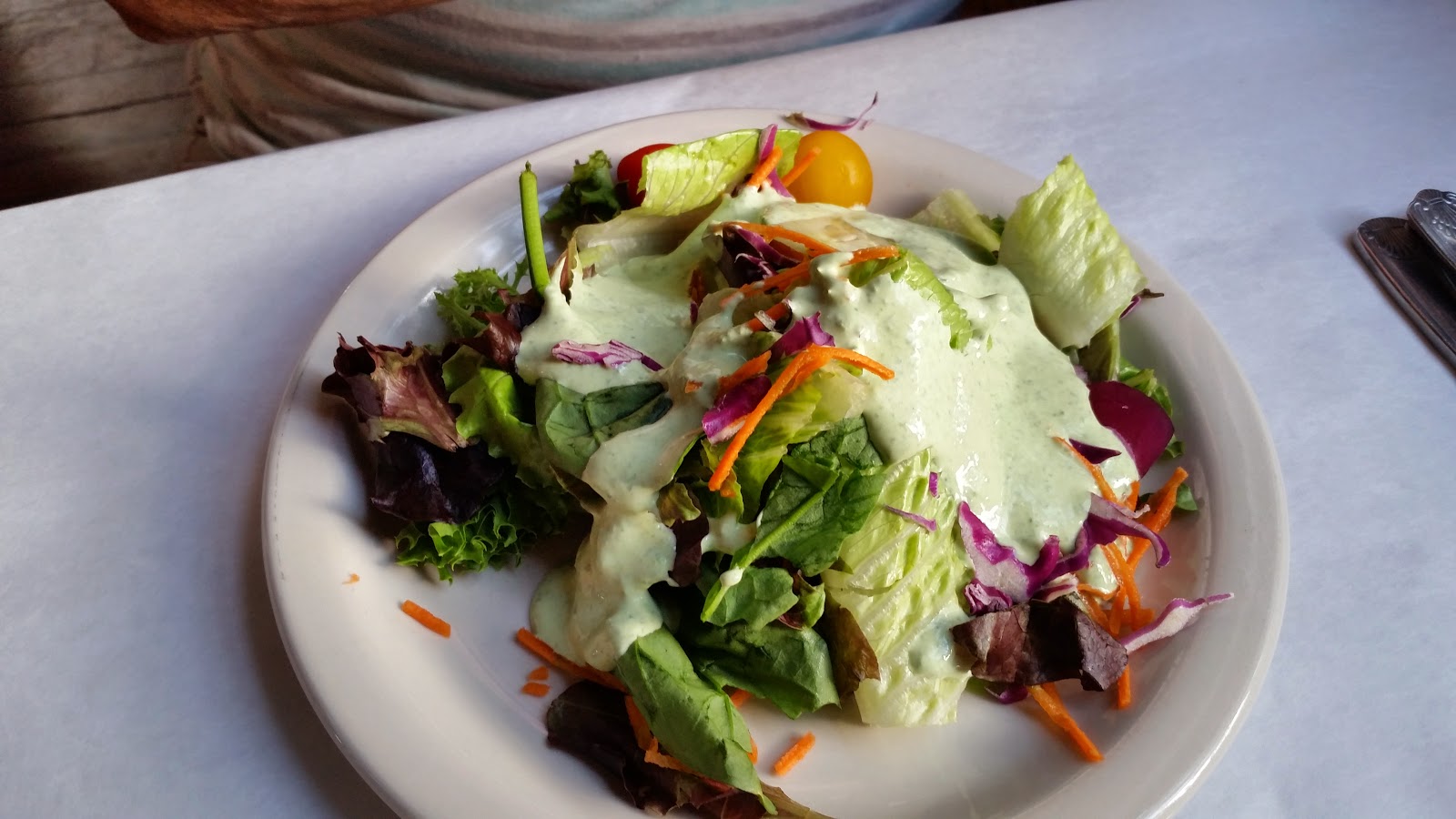 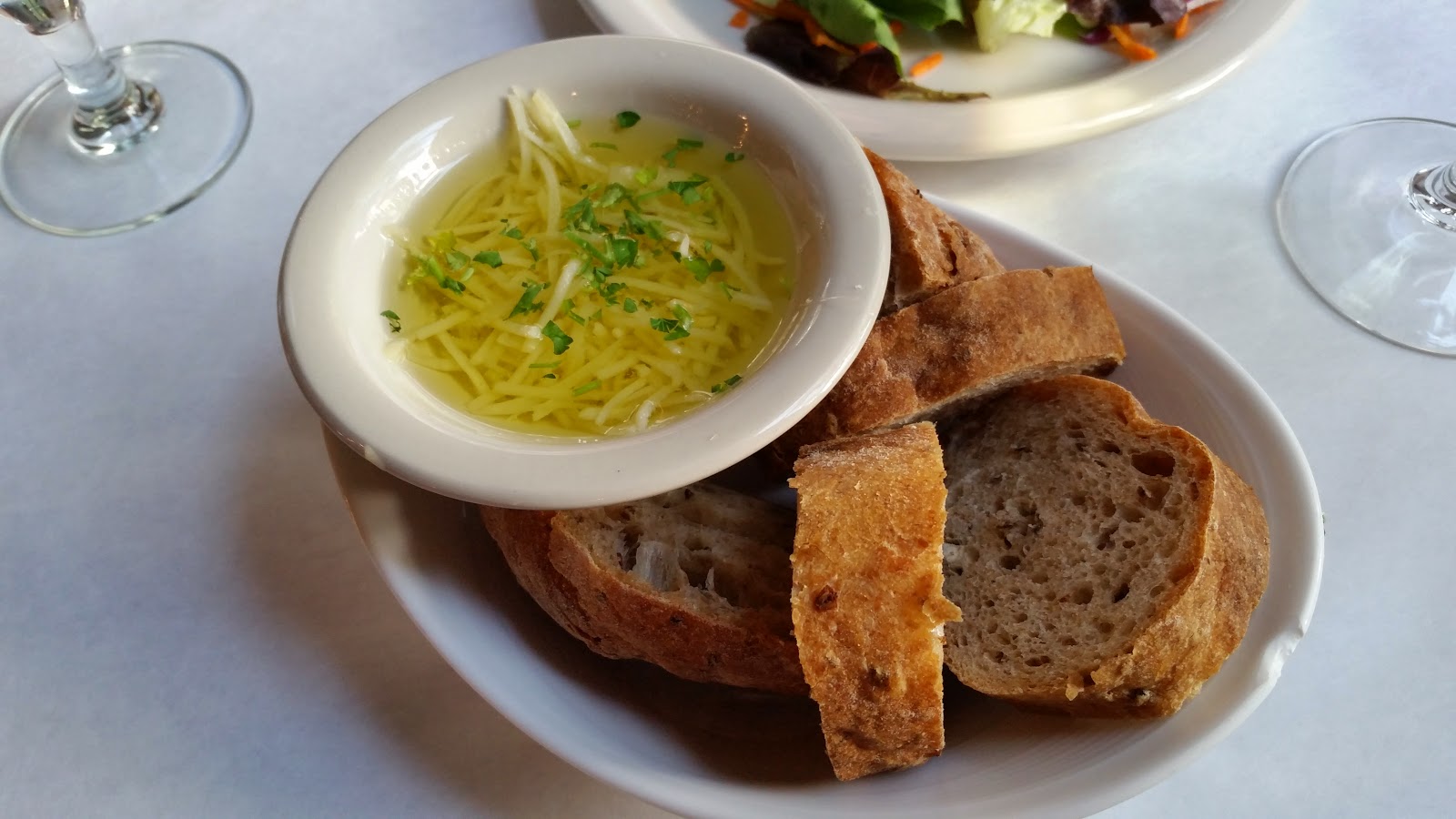 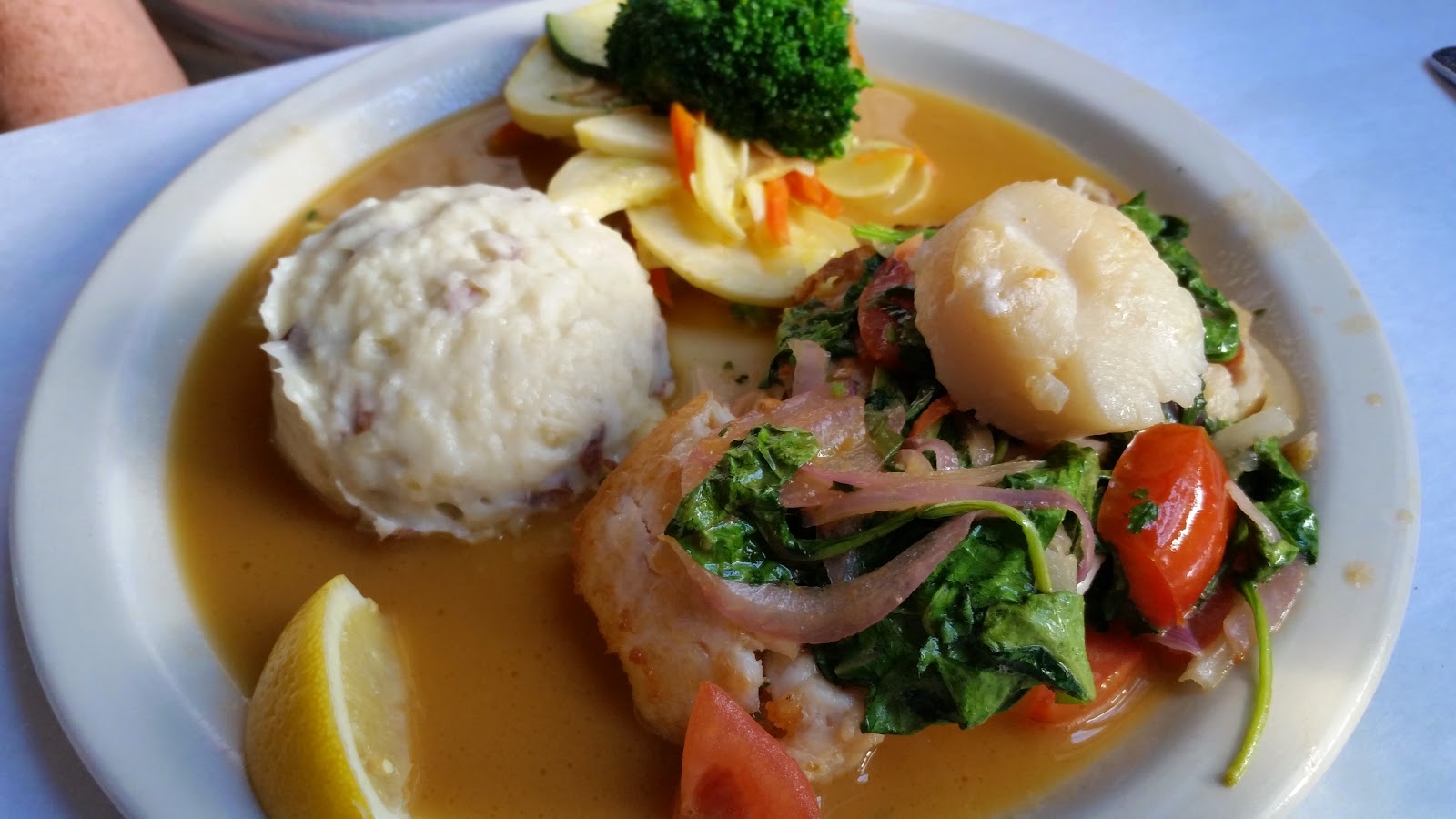 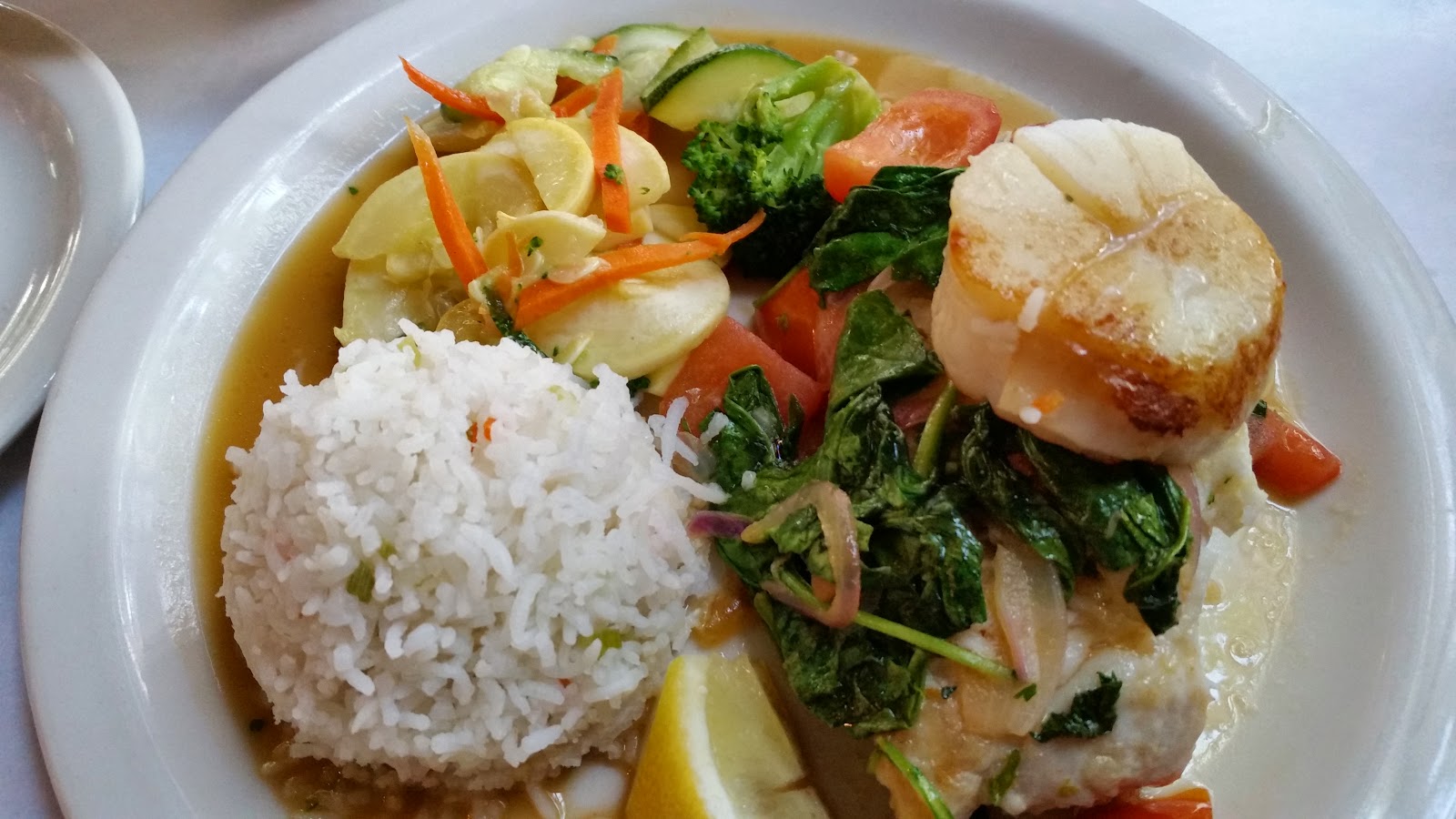 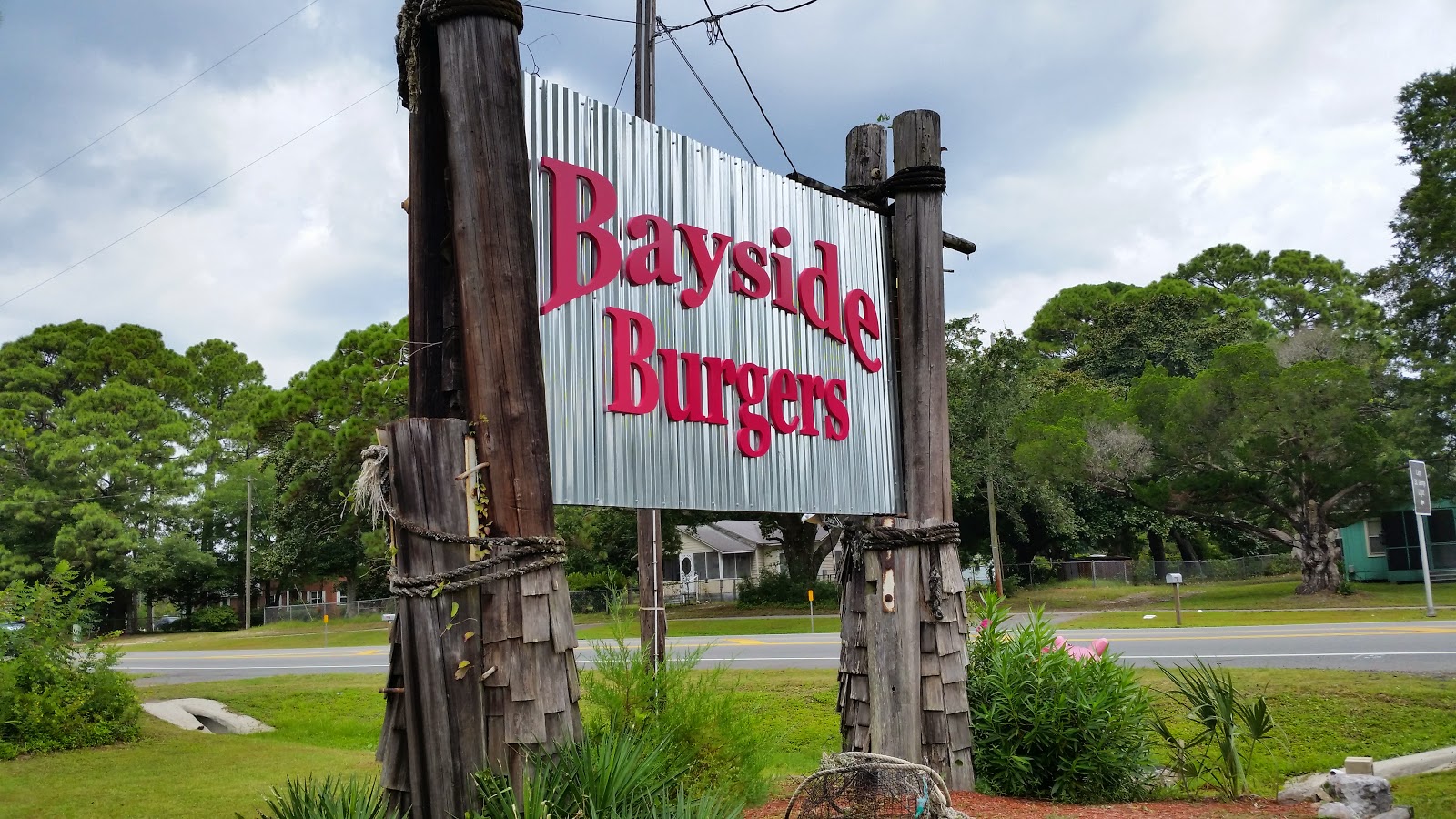 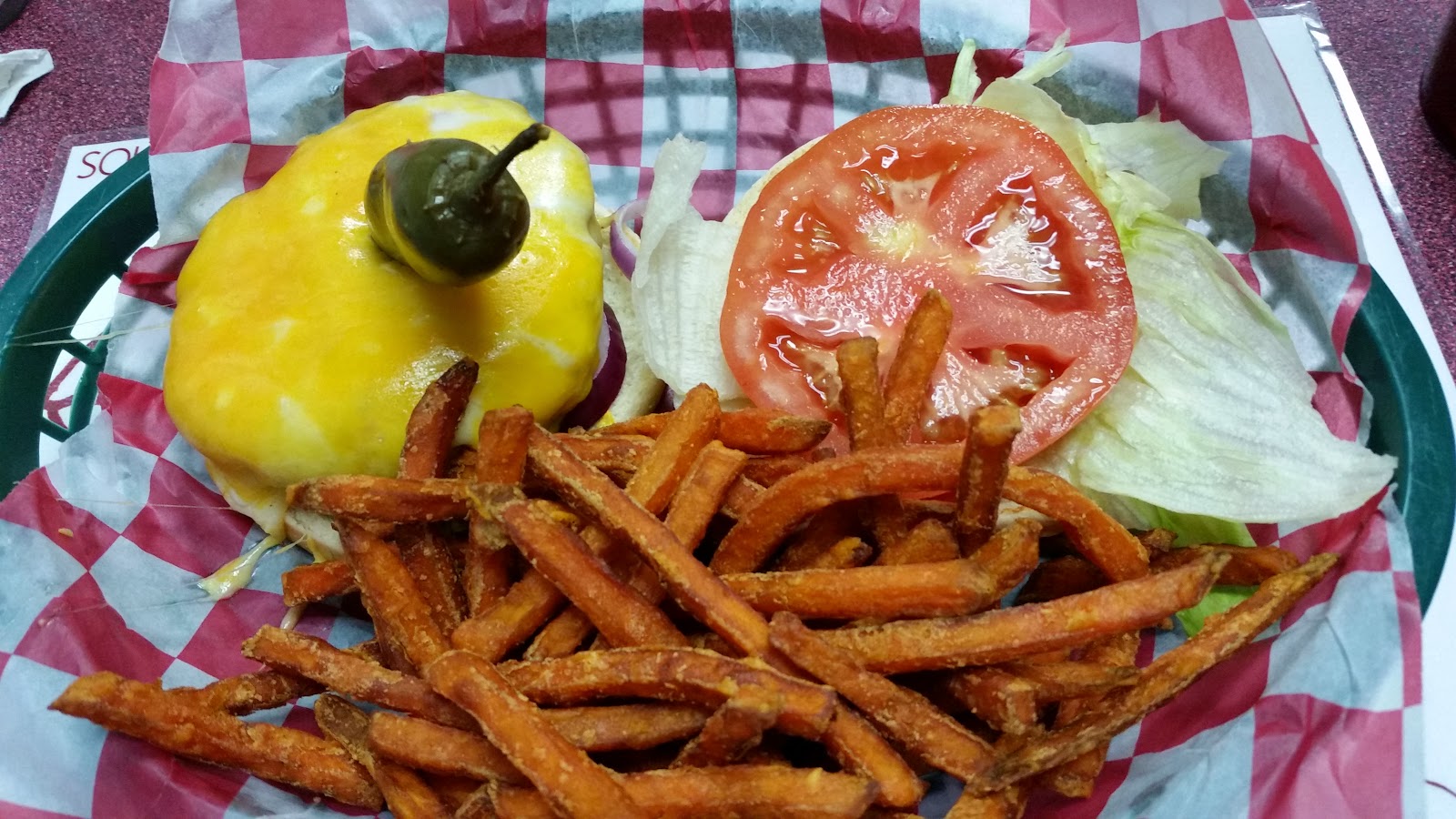 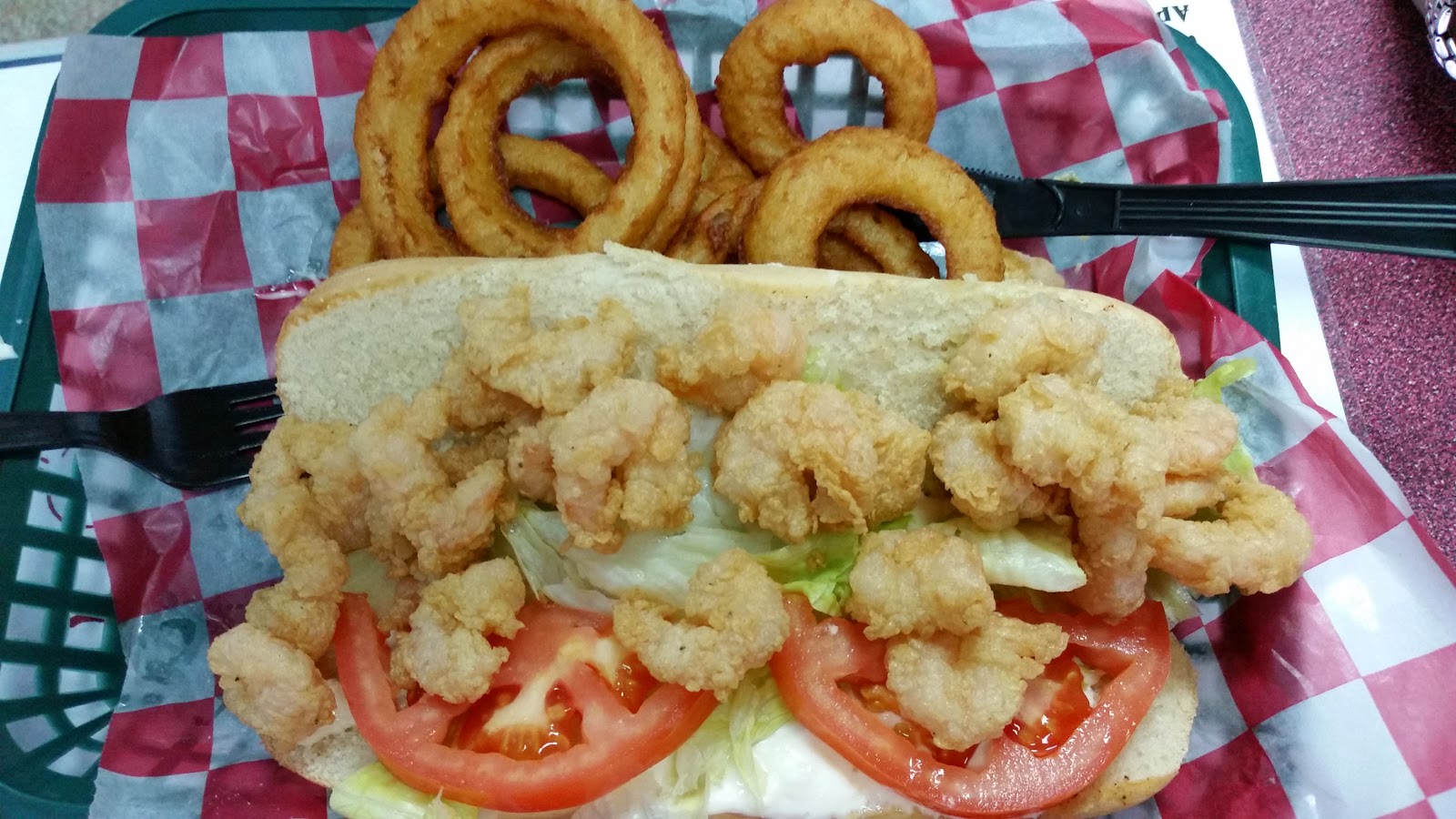 They were both good.  We ate out a lot but Susan also cooked us some fresh fish in the less than well appointed condo kitchen.

We noticed soon after arriving that the island seems to have a stray cat problem.  We had a feral cat that adopted us and we fed her (or him) several times before we left.  The last two days she showed up in the morning for breakfast.  It's no wonder, Susan was giving her, we think it was a she, $15,00 a pound tuna.

We took the kayaks out three times, twice in the ocean and once in the bay.

It was a fun trip although I think we'll head back to Destin next time.  We'll also practice a little more restraint when it comes to bringing all our toys on vacation.  We clearly over-packed for this trip.

Posted by treadster at 1:55 PM