First ride on my Wahoo Kickr

After a long somewhat uninspiring Zwift career solely executed on a CycleOps Fluid 2 Pro bike trainer, also known as a dumb trainer because it ain't got no brains (I know that's a double negative but, I live in Georgia), I've decided go smart.

My wife and I discussed my purchasing a smart trainer briefly several times over the past few months but I (we) found that making a final decision on which trainer to buy was too complicated. Ultimately, I found a 25% discount from Performance Bike and had to make the plunge. These things almost never go on sale! Susan and I drove into Atlanta and bought my new trainer, a Wahoo Kickr, right away. I contemplated buying a CycleOps Hammer smart trainer but went with the Wahoo for two reasons; 1) the Wahoo seems to be the most popular trainer in its price range, and 2) Performance Bike didn't have a Hammer on-hand.

The Kickr comes with an 11-speed cassette but my tri-bike and road bike both have 10-speed cassettes so I had the shop mechanic replace the cassette with one I could use.

When I got home I packed up the old dumb trainer and put the new smart trainer in its place in my pain cave.

I downloaded the Wahoo Fitness app to check for software updates. I also wanted to get a handle on the spin down process I'd read about. If you're not familiar with smart trainers, this process essentially calibrates the trainer before use. Part of my decision to buy a smart trainer has to due with some recent results I saw on Zwift. I rode the London Loop course and put in a pretty hard effort which resulted in me receiving the orange jersey which, per the Zwift website is awarded to "The overall lap segment: measures best overall lap time, and matches with the orange jersey." I found it hard to believe that a 56 year old man could best the 21 other riders who were also riding at the same time. Obviously, this was an anomaly in the Zwift algorithm. 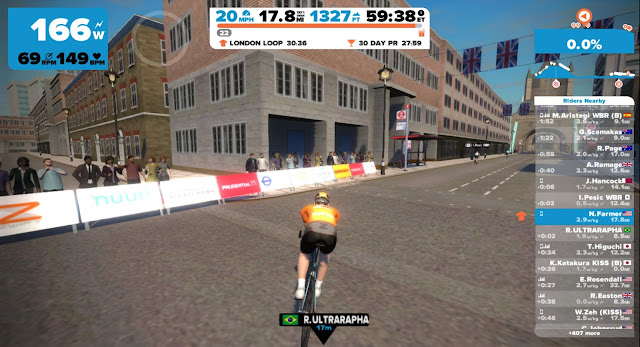 You'll note that of the riders listed on the London Loop image below that my result in orange for rank 1 is the only one of two where a smart trainer wasn't used. If you don't know, smart trainers are indicated by the little lightning bolt beside the rider's name. Also of note is my time shown in the list. The time shown for me is 28:01, one second slower than the rank 2 rider but, my laptop showed 27:59. I don't know why there's a difference. 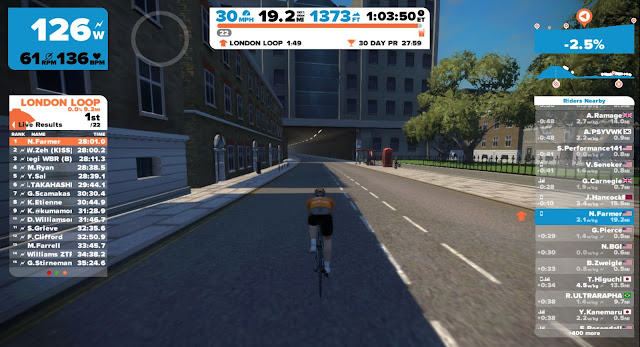 After riding on the Kickr for the first time I don't know what to think. My results were better than I had expected. My FTP, as calculated by Zwift went from 195 to 200. Before anyone says anything, I did the Advanced Spindown using the Wahoo Utility app before my ride. Yeah, I had a few issues registering my unit and completing the regular spindown so after an hour of fiddling with it I called tech support and they walked me through the process. I think the issue was that I had Zwift running in background. 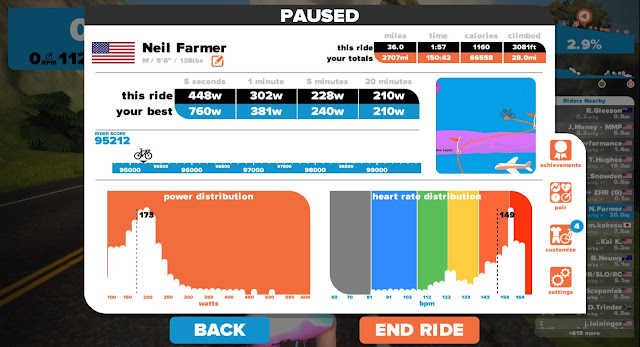 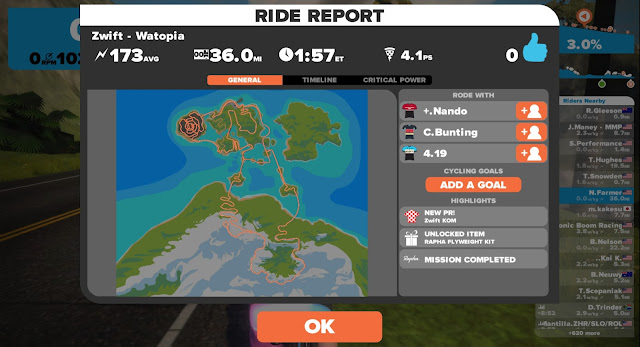 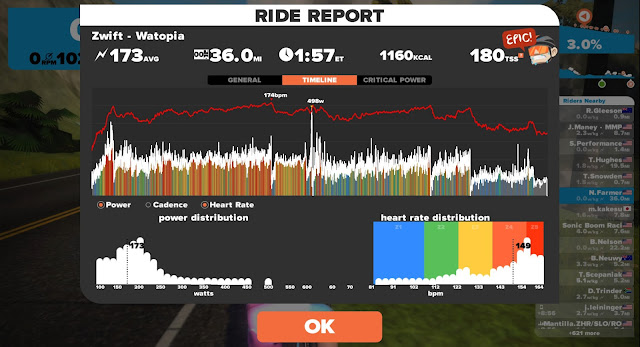 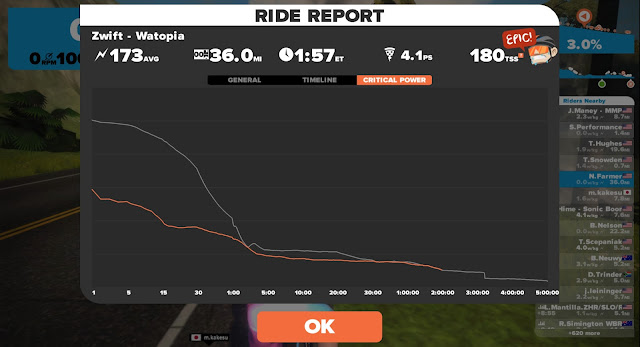 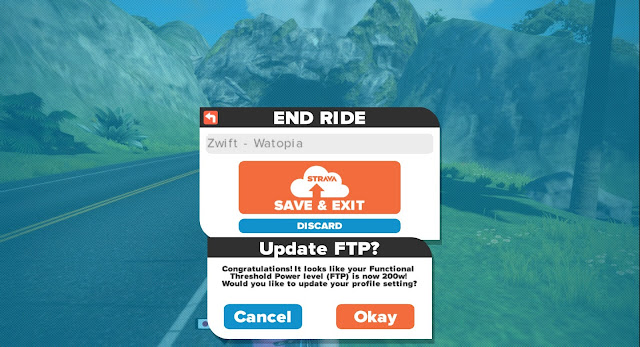 My Strava account shows that on this one ride I had 62 new segment achievement awards and a boatload of new PRs with the Kickr. That must mean something. It was probably partly due to the fact that I was riding the Rapha challenge route I rode on some roads that I'd missed previously. It could also mean that the excitement of having a new toy translated through to improved performance. Who knows! The reason for my new FTP and PRs doesn't matter. The fact is that my rides are calculated more accurately and that should help me gauge any future gains. More importantly I can now participate in Zwift races without feeling like a dumb trainer outcast or cheater.

Thanks for reading.
Posted by treadster at 8:26 AM